The Jared Schonig Quintet rehearses during the master class before the concert last Friday. The quintet performed later that night in the Patil Theater from 7-9 p.m. (Olivia Xu)

The Jared Schonig Quintet rehearses during the master class before the concert last Friday. The quintet performed later that night in the Patil Theater from 7-9 p.m.

The Jared Schonig Quintet performed for the first act of the 2021-22 season of the Harker Concert Series in the Patil Theater at 7 p.m. last Friday after conducting an open master class at 3 p.m. the same day.

During the performance, jazz drummer, composer and bandleader Jared Schonig led bassist Matt Clohesy, pianist Gary Versace, saxophonist Patrick Bartley and trumpeter Michael Olmos in a two-hour performance consisting of eight tunes, all composed by Schonig. The concert was the group’s first time performing together as a group, and for many, the first live concert they’ve attended in over a year and a half.

“This is probably the first live concert I’ve seen since quarantine hit,” Richard Zhang (11), who attended the concert, said. “Music feels different when you’re actually focusing on it instead of listening to it.” 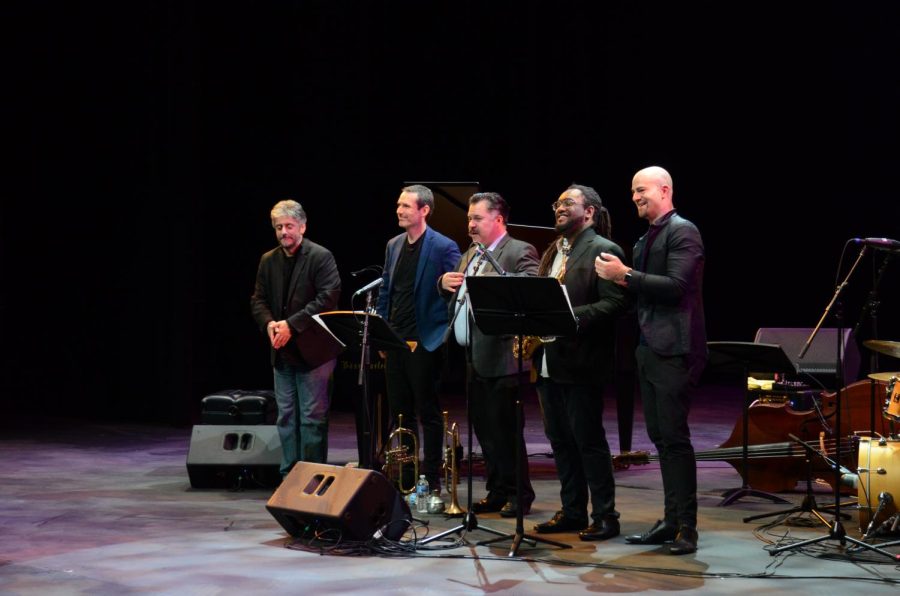 The ensemble held an open master class from 3 to 4:30 p.m. last Friday in which upper school students could watch the performers rehearse in the Patil Theater and ask them questions. Schonig also worked with upper and middle school orchestra and jazz band and upper school lab band students earlier in the week.

“We have this piece called ‘Westside Story,’ and in one section, the rhythm is really complicated,” said Iris Cai (9), a percussionist in the upper school. “[Schonig] played the drum set with us, which added a lot of dimension to the piece, and he gave us tips on how to make the rhythm more steady.”

Prior to the concert, audience members enjoyed food and refreshments outside the Rothschild Performing Arts Center (RPAC) at 6 p.m.

I really enjoyed the music because it’s all original compositions — draft compositions from a drummer — and drummers generally don’t have the same compositional knowledge as most other musicians.”

The concert began at 7 p.m. with an introduction from upper school orchestra and band conductor Dr. David Hart. Afterward, the quintet took the stage and opened with Schonig’s “Sabotage,” followed by his piece “Eight Twenty.” Next, the group played “Tig Mack,” a song that draws inspiration from the Pacific Ocean, and “Nuts.”

“I like to be out in nature,” Schonig said. “I love the ocean and the beach and hiking and the different sounds you can hear out in nature. Sometimes, I’ll hear rhythm from the birds that I really like. I think inspiration can come in a myriad of different places, and that’s the beauty about being an artist: taking inspiration from places you may least expect it.”

The performance stopped for an intermission, during which audience members helped themselves to chocolate chip cookies, cheesecake and refreshments. After the intermission, Dr. Hart announced that Schonig would be selling and signing CDs for his album “Two Takes” after the concert. “Two Takes” consists of two volumes, each containing the eight songs he played during the concert: one volume was played by a quintet led by Schonig, while each song in the second volume was recorded by a different musician commissioned by Schonig. 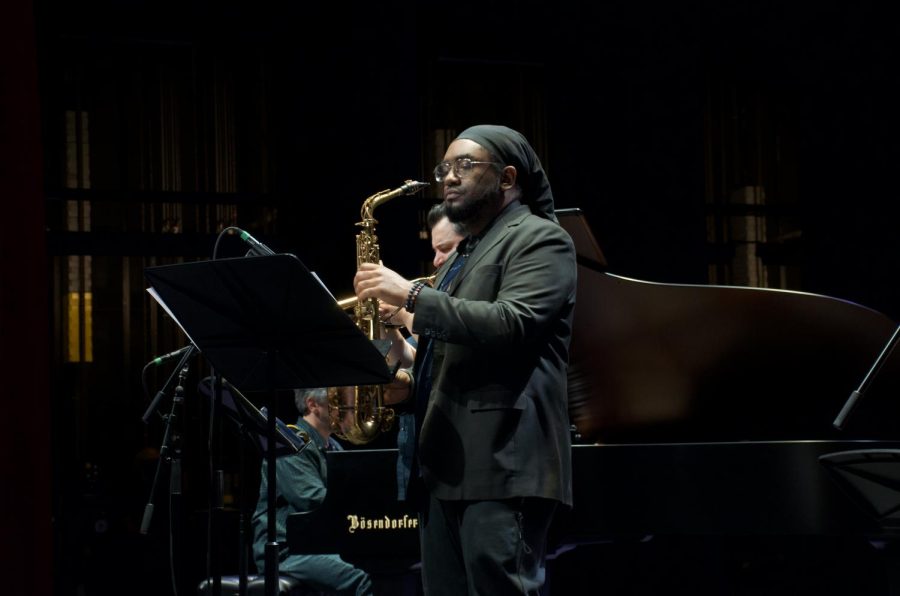 Gallery|4 Photos
Alena Suleiman
Saxophonist Patrick Bartley reads his music in an open master class last Friday afternoon. Along with the rest of the quintet, Bartley performed later that night in the actual concert.

The quintet reassembled and played “Climb,” “Sound Evidence” and “Gibbs St.,” ending with “White Out.”

“I really enjoyed the music because it’s all original compositions — draft compositions from a drummer — and drummers generally don’t have the same compositional knowledge as most other musicians,” Richard, an oboist in the upper school, said. “I was really impressed with his group and his talent.”

In addition to the concert led by Schonig, the Emerald Brass Quintet (EBQ) and the Daedalus String Quartet will also perform as part of this season’s Harker Concert Series on Feb. 4 and May 6, respectively, of next year. 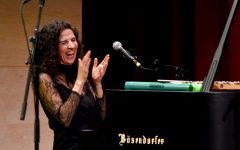 “Got to Love” the music: Laila Biali jazzes up traditional styles in first performance of annual Concert Series 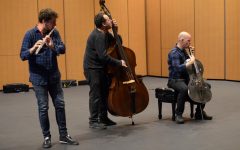 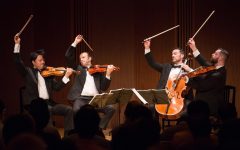 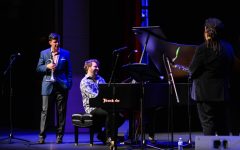