In this installment of the Coming Home series on immigration, members of the Harker community share their stories about visiting their families’ home countries.

Avi Gulati (11) is a second generation Indian-American. He has visited India at least once every year except for in 2008.

Avi is obsessed with Alia Bhatt, a famous Bollywood actress. Two years ago, when he was in India, he decided to try to meet Bhatt. He and his uncle went to her rumored address with a box of chocolates and a card. The security guard turned them away upon arrival.

Meilin Yen’s (10) mother emigrated from Taipei, Taiwan and her father’s parents emigrated from China. Her family does not return to China that often but visits Taiwan every few years. She and her mother usually stay with her maternal family. Her grandmother on her mother’s side is Buddhist, so during the last break she took Meilin to a large Buddhist shrine. When she goes back to Taiwan, she looks forward to revisiting different places she had visited.

Bailey Castle (9) was born in Singapore and moved to the United Kingdom when he was seven. He hasn’t been back to Singapore since then, but he went back to the UK when he was 11. During his return trip, he spent time with his friends from when he went to school there. Yet he was unable to see his former house during that trip.

Math teacher Gabriele Stahl grew up in Germany. She lived in a medium-sized town until she was five and moved to a tiny village of around 400 people.

She said that she never considered immigrating since she was happy where she was. When she was 37, her family decided to move to the United States. “My family decided that we wanted to do something more adventurous, so we came to the US with a plan to stay for two years and then move back,” she said.

They never fully carried out with this plan because her family did not want to return to Germany.

Spanish teacher Carmela Tejada immigrated from Peru, but it was her mother who sponsored her sister, her brother and her to come to the US when they were adults. She used to go four or five times a year when her nephews were younger because her sister passed away at that time. They were nine and 11 years old, so she wanted to check on them even though they lived with their father and grandparents. Now, she visits about twice a year and brings  to California the Peruvian tradition of eating turkey every Christmas. 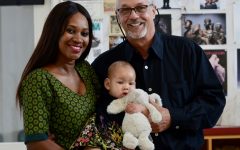 Coming home: For art teacher, there's no place like home 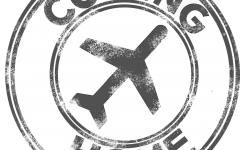