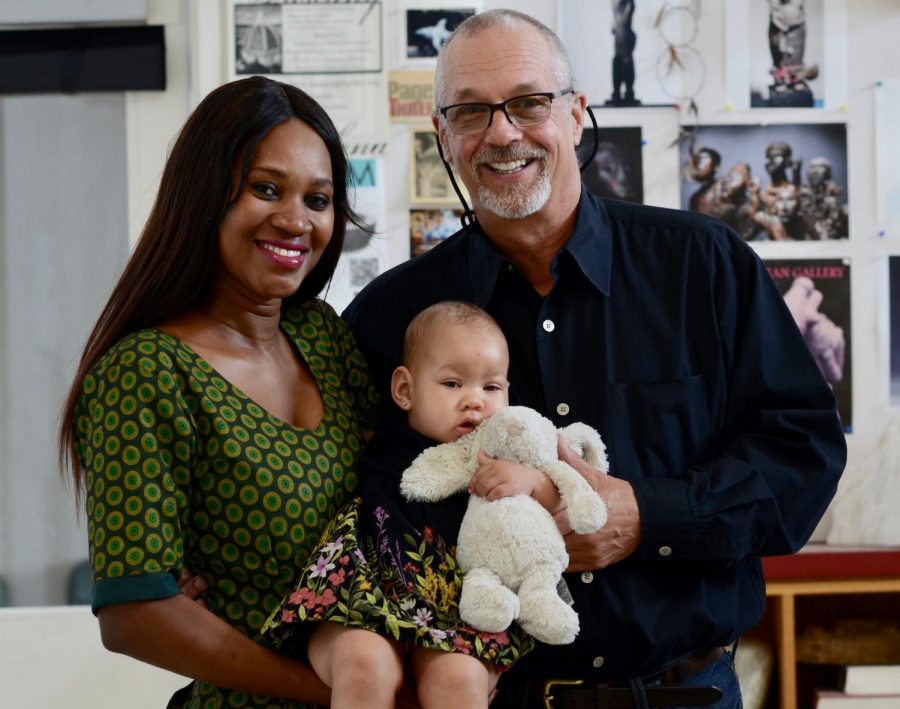 The Jaap, Ou, and Melissa Bongers are moving to Botswana after this school year. They went through a lengthy immigration process.

Coming home: For art teacher, there’s no place like home

In part 2 of a 5-part series on immigration, the Bongers family shares their story.

by Gloria Zhang and Arely Sun

Upper school art teacher Jaap Bongers and his wife, Orebotse “Ou” Bongers, fumbles with a gray stuffed bunny, as they tried—unsuccessfully—to make their baby Melissa smile. They came a long way, finally reunited as family, after a lengthy process with immigration.

Various waves of immigration existed in the United States since the founding of the country. The most recent wave of immigration removed previous quotas on countries of origin. This wave includes the majority of people from Latin America and Asia. 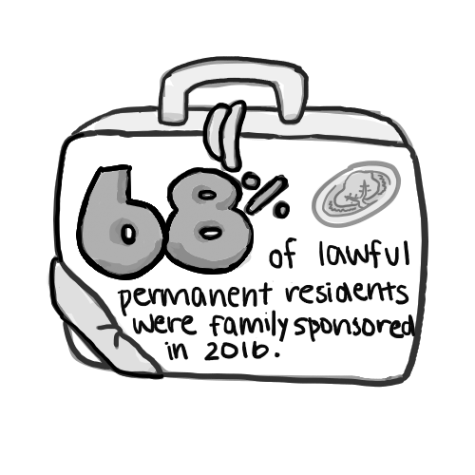 Various forms of immigrating to the U.S. include applying for a green card through family, employment, refugee or asylum status, or applying for a foreign worker visa. According to Immigration Direct, U.S. Citizen and Immigrant Services receives 6 million immigration applications each year. The most common ones are to permanently live in the US, to temporarily work or to naturalize as a citizen.

Over the past 30 years, the Bongers family went through two processes of immigration: one deeply different from the other.

Jaap Bongers, born in the Netherlands, immigrated to the U.S. in 1987 after he met his ex-wife. Similar to all immigration processes, he had plenty of documents to fill out.

“You follow the list of required documents, and no matter what, they’ll always at the end say where is this [or] that document. ‘Well, that was not on the list’, and they say, ‘well, you have to have that,’” he said. “And it’s all about discouraging— they’ll discourage you. But at that time, this was 1987.” 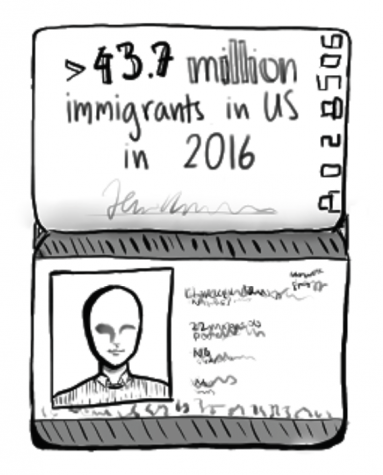 Years later, Jaap Bongers, now a naturalized citizen, married Ou Bongers, who is from Botswana. They decided to start the process of immigrating.

The first time Ou Bongers tried to visit Jaap Bongers in U.S. after they were engaged, she was told to obtain a visitor’s visa. After collecting her documents and going on a 10-hour-long bus ride to the American Embassy in Botswana, she arrived at the interview site—and her visa was rejected.

“I was there for not even three or four minutes, but she didn’t even look at me, she just looked through the papers. They put the rejection on the left and the other one on the right.” Ou Bongers said, “She would be holding the rejection letter, even before she could even hear what you had to say or tell her the reason you have to visit, so then, that was less than four minutes out of her day.I just went home, heartbroken because I really wanted to come see Jaap because he was my fiancee.” 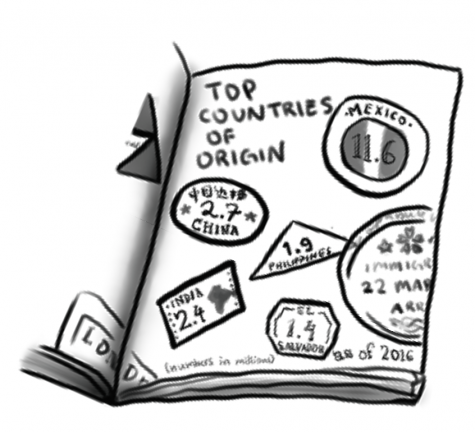 Jaap Bongers noted the factor that ethnicity played in the process of obtaining visas.

“In the meantime in the same waiting room, there were a handful [of] white people who live in Botswana and have a Botswana passport. They wanted to go to America. And they say family visits, friend [visits], vacation and all the different reasons. They only glanced at their documents and boom stamp. They went right through,” he said.

After unsuccessful attempts to attain a visitors visa to see her husband, Ou Bongers was informed by the immigration officer, who gave her a website, to obtain a K1 visa, a visa for a fiancé or fiancée of a U.S. citizen. However, the website did not help her. Instead, Jaap Bongers started the green card process in the U.S.—a process that took over a year.

The Bongers family finally reunited in the U.S. after Ou Bongers obtained her green card recently. However, disheartened by the immigration process and looking for a different lifestyle, they are planning to return to Botswana after this school year. 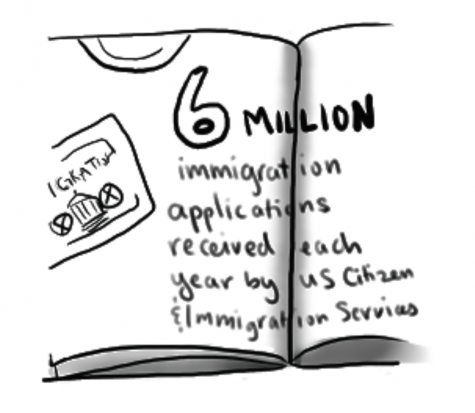 “It’s nice to experience something different like this. I’m open to anything that comes my way. I’ve always been like that. Most importantly for me, I’m taking my family with me [when we’re leaving]. That’s very important.”Ou Bongers said, “Here, I would say, I don’t feel at home. Everything here has to be done by the books, people are not so relaxed, [and] everything’s like boom boom boom.”

A shortened version of this piece was originally published in the pages of The Winged Post on December 6, 2018.

A previous version of this article stated that Bongers’s daughter name is Michelle. This article has been corrected to reflect this error.