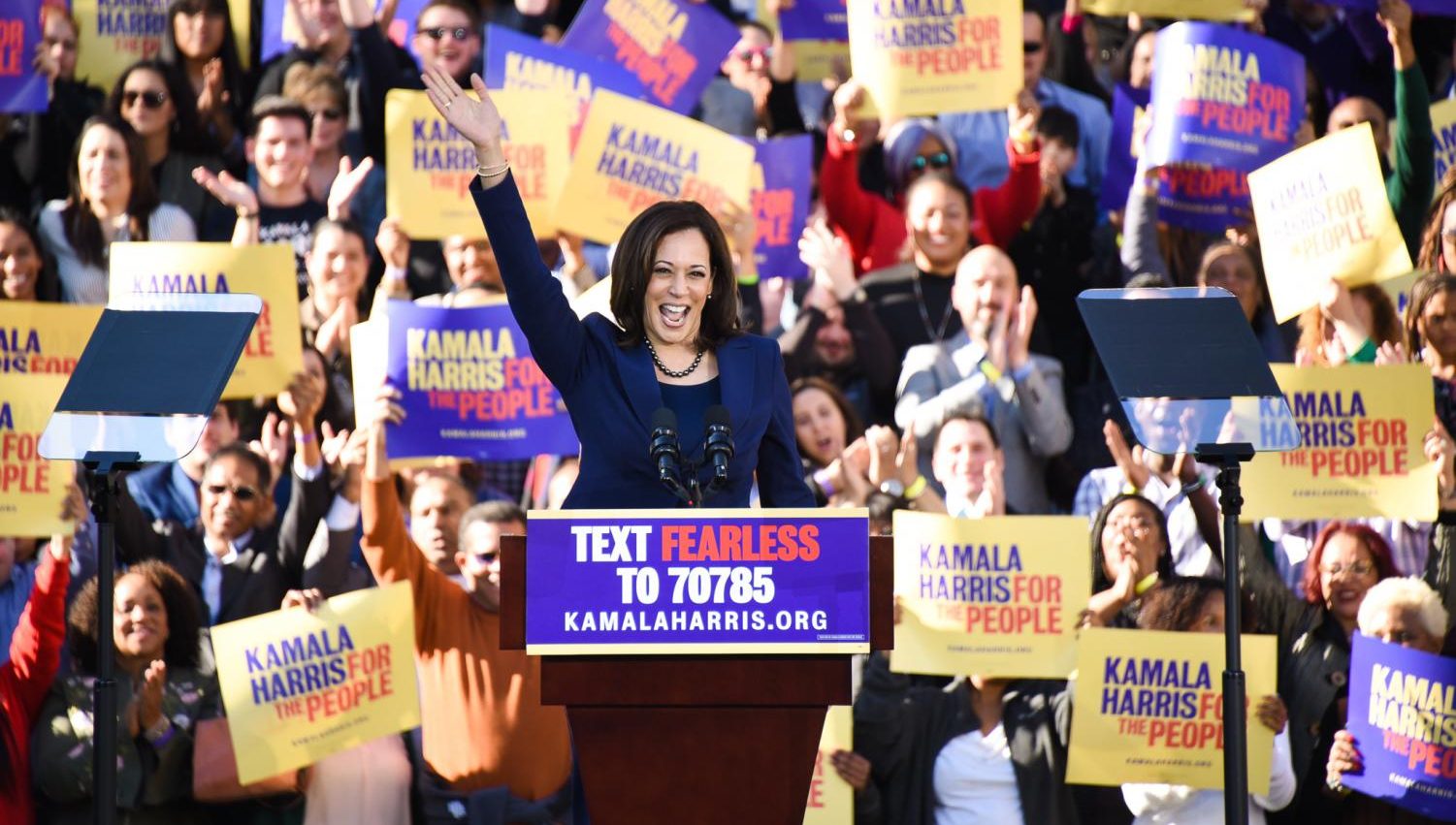 Sen. Kamala Harris (D.-Calif.) waves to a crowd in her hometown, Oakland, to officially announce her 2020 presidential bid. (Kathy Fang)

“For the People:” Kamala Harris to run for president in 2020

Sen. Kamala Harris (D.-Calif.) announced her bid for the 2020 presidential election this afternoon at a launch rally in the Frank Ogawa Plaza of her hometown, Oakland.

Standing at a podium beneath the towering city hall, Harris addressed a large crowd of people waving yellow and blue “Kamala Harris For the People” signs, a crowd that erupts into boisterous cheers and drown Harris out as she says into the microphone: “I stand before you today to announce my candidacy.”

“I am running for president because I love my country,” Harris said, continuing as the crowd cheers out her name. “I’m running to be president of the people, by the people and for all people.” 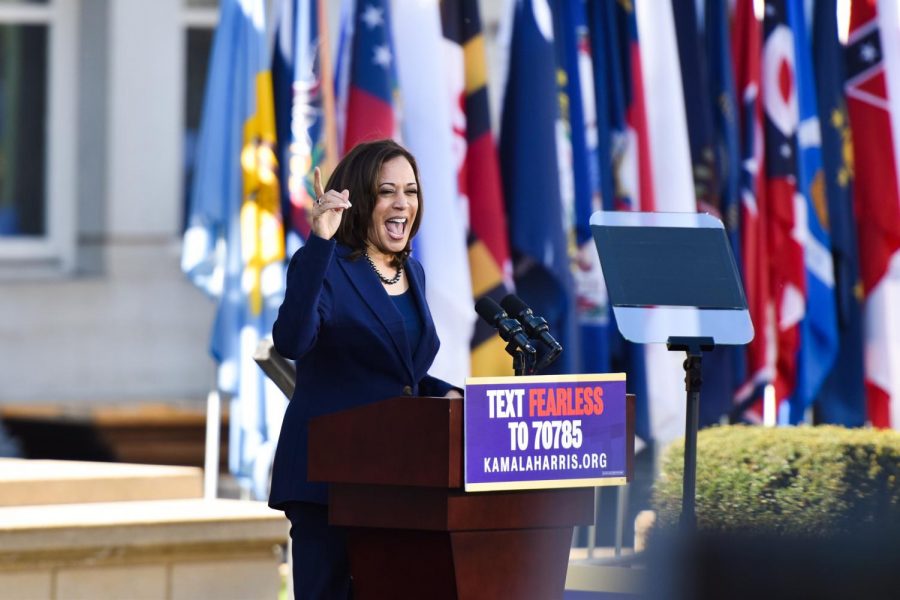 Gallery|6 Photos
Nicole Chen
Kamala Harris addresses a large crowd gathered in the Frank Ogawa Plaza in her hometown, Oakland, on Jan. 27 to officially announce her bid for presidency in 2020.

Throughout the course of her launch speech, which comes days after a week-long government shutdown and a closely-watched stand-off between Congressional Democrats and Republicans, Harris touched on a variety of national and local issues, moving from her own background as San Francisco District Attorney to her criticism of the current administration’s policies.

“Our economy today is not working for working people. The cost of living is going up, but paychecks aren’t keeping up.””

“We are at an inflection point in the history of our nation. We are here because the American dream and our American democracy are under attack and on the line like never before. And we are here, at this moment in time, because we must answer a fundamental question: ‘Who are we? Who are we as Americans?’” Harris said in her speech. “So let’s answer that question, to the world and each other, right here and right now. America, we are better than this.”

“People in power are trying to convince us that the villain in our American story is each other. But that is not our story. That is not who we are. That is not our America,” Harris said at the rally. “Our United States of America is not about us versus them. It’s about ‘We the People.’”

“On the subject of transnational gangs, let’s be perfectly clear, the president’s medieval vanity project is not going to stop them.””

The rally, which was scheduled to begin at 12 p.m., brought crowds of local voters, children and supporters alike to downtown Oakland, where entire city blocks were lined with people hoping to hear Harris speak. Harris’ campaign, “For the People,” was echoed across posters, T-shirts and buttons, and a number of other perspectives were voiced across the rally as well, ranging from a long yellow banner calling for environmental reform to a white posterboard that criticized Harris’ past record on criminal justice and drug law enforcement. Before Harris’ launch speech, a number of other speakers and performers, including Oakland mayor Libby Schaaf and student musicians from Skyline High School, took the stage and built up crowd spirit. 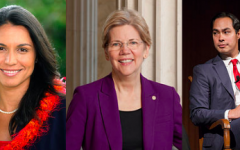 2020 Democratic primaries race opens with first round of presidential bids 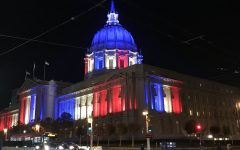 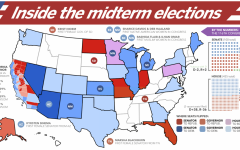