Laurie Jin (11), a research officer at the climate change organization Change The End, knows that many people in the community have been personally affected by the wildfires. She hopes California residents will collaborate to diminish the danger they pose to local ecosystems and environments.

“A lot of people don’t see the impact of climate change since they’re far away, but as Californians who have been here and who have actually smelled burning [material] coming from forests around us, we take it more personally,” Laurie said. “I know some people think that it’s hard to make a great impact by yourself, but if we build a community, it will be a lot easier to do it together.”

Evidence shows that climate change has severely increased the number of acres burned by wildfires every year. This occurs because the warm air has a low atmospheric vapor pressure deficit (VPD), so the air cannot hold much water. Climate change has worsened over recent years: 2020’s average temperature was 1.76 degrees Fahrenheit higher than the average of the 20th century, and the earth becomes 0.14 degrees warmer every decade. As a result, this year’s wildfire season may be extremely devastating.

“[California’s] vegetation loses its moisture and burns easily, and strong winds facilitate the spread of the flames,” Camilla Lindh (12), co-president of Green Team, said. “This makes California especially susceptible to wildfires since we have such dry heat, and we don’t have that much humidity. With climate change, which makes the weather warmer, there are more wildfires.”

California has committed to reducing the vegetation on a half-million acres under the California Vegetation Treatment Program (CalVTP), a program certified by the California Board of Forestry to lower wildfire risk. Besides reduction, vegetation treatments also include fuel breaks (strips of vegetation altered to stop or slow down a fire) and restoration of “ecological processes, conditions, and resiliency to more closely reflect historic vegetative composition, structure, and habitat values.” 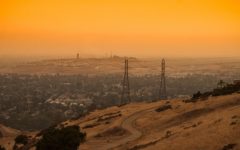 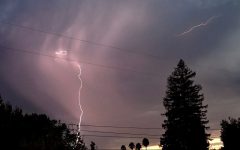 In addition to CalVTP’s, other initiatives study methods to reduce wildfire dangers, with researchers now investigating traditional fire management practices used by local indigenous tribes. A Stanford-led study featuring the Yurok and Karuk tribes found that along with reducing wildfire risks, traditional fire suppression techniques reinvigorate the tribes’ cultures and economies. According to the researchers, Native American burning techniques could be integrated into current fuel reduction plans to meet cultural needs by, for example, including hazelnut shrub and pile burning in forest management protocols.

In their own contribution to combatting large wildfires, Green Team plans on re-opening their Forest Management section, which spreads information about and promotes bills that help out forests to the school community.

“As individuals, we really want to focus on saving water because we do have a drought, and we really could use that water to contain wildfires and to be able to bring moisture back to vegetation,” Camilla said.

Moss describes wildfires as “a new reality” that “has implications for all of us.” As club adviser of Green Team, she encourages discussions about climate change and urges the youth to take action in demanding sustainability, even at the small scale of doing so at home.

“The crisis is here. It is going to be impacting you probably more than me, and we really need to get our youth activated and energized to be demanding that we transition to a sustainable energy supply,” she said. 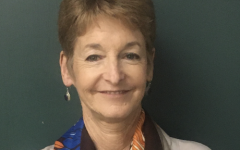 The crisis is here. It is going to be impacting you probably more than me, and we really need to get our youth activated and energized to be demanding that we transition to a sustainable energy supply.”