Only regulation can solve housing crisis

In the heart of Silicon Valley, major tech companies have contributed to rapid growth, creating an exorbitantly rich economy. At the same time, however, the inevitable influx of skilled, highly-paid software workers since the beginning of the Dot-Com-Boom in the 1990s has led to extreme gentrification, often disproportionately affecting neighborhoods with large minority populations. For instance, the number of minority households has declined by 21% from 2000 to 2015, according to research from the Urban Displacement project from UC Berkeley.

We cannot simply deregulate housing and hope that the invisible hand of the free market will discover a morally suitable solution. Apple is a trillion-dollar company. Amazon has been flirting with the threshold for a year. If left unregulated, these companies will act in their own self-interest, continuing to expand at the expense of working-class and minority Bay Area residents.

Corporations such as Apple, Google and Facebook can — and should — do more than throw money at a problem they helped cause in return for good press.”

Through increased zoning laws and permanent housing, local governments can curb the gentrification of these neighborhoods, finally serving their low-income citizens. Stricter inclusionary zoning laws should be adopted, encouraging the building of affordable, low-cost housing units and forcing technology companies to play a greater role in solving the problems they created. Although corporations such as Apple, Google and Facebook have all voluntarily pledged money for affordable housing, they can — and should — do more than throw money at a problem they helped cause in return for good press.

Furthermore, with a “housing first” approach that emphasizes permanent supportive housing, governments can help support these individuals by providing them with services to confront health and drug problems. Investing in long-term solutions has proven to be less expensive than costly, ineffective shelters and institutional care.

In an economy grown prosperous with the boom of big tech, we cannot continue to ignore the problems that have come with this rapid expansion. Housing is a basic human right. Through increased regulation and intervention, we must repurpose profits to helping these homeless individuals.

This article was originally published in the pages of the Winged Post on March 2, 2020. 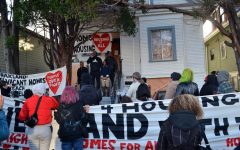 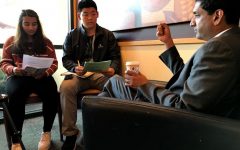 In conversation with US Rep. Ro Khanna: Khanna weighs in on impeachment, political activism and the housing crisis 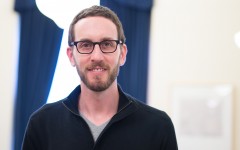 San Francisco Supervisor Scott Wiener on gentrification, the housing crisis and how he wants to manage it

by Catherine Feng and Anna Vazhaeparambil

The affordable housing crisis in the Bay Area is defined by sky-high prices and lack of housing, trends that have only been rising over the last decade. As the number of new jobs rapidly outpaces the amount of available housing units, issues of gentrification, displacement and housing insecurity have permeated our cities and neighborhoods.

According to the 2019 Homeless Census from Santa Clara County, the number of people experiencing homelessness in the county has grown significantly over the last two years, from 7,394 to 9,706 people. San Jose alone makes up a large percentage of this amount, with a homeless count of 6,172, a 42 percent increase since 2017.

And in response to these growing numbers, solutions proposed by legislators have been a temporary relief at best. Despite spending billions of dollars, efforts to create large volumes of affordable housing while abiding by city building limitations have not been successful in mitigating the effects. With stringent zoning regulations, it has become increasingly difficult to gain approval for long-term residential construction in the Bay Area.

With stringent zoning regulations, it has become increasingly diffifficult to gain approval for long-term residential construction in the Bay Area.”

By instead relaxing these rules, the housing market can more effectively meet everyone’s needs. Single-family zoning, especially, has historically prohibited denser housing possibilities, which could offer long term relief for unsheltered people. An example of the feasibility of this idea is evident in the economy of Tokyo, Japan.

While having little to no land for development and growing population, the housing prices in Tokyo have been steady, unlike in the San Francisco Bay Area. Attributed to the laissez-faire housing system, Tokyo had 142,417 housing starts in 2014 compared to only 83,657 housing permits issued in the state of California the same year.

Tokyo’s housing system is contingent on a relaxed and residential construction-friendly zoning system. With the system preventing local governments from stalling use of land, a focus on vertical growth of the city’s buildings, less restrained by government zoning, has allowed Tokyo to cope with a rapidly increasing population.

This article was originally published in the pages of the Winged Post on March 2, 2020.