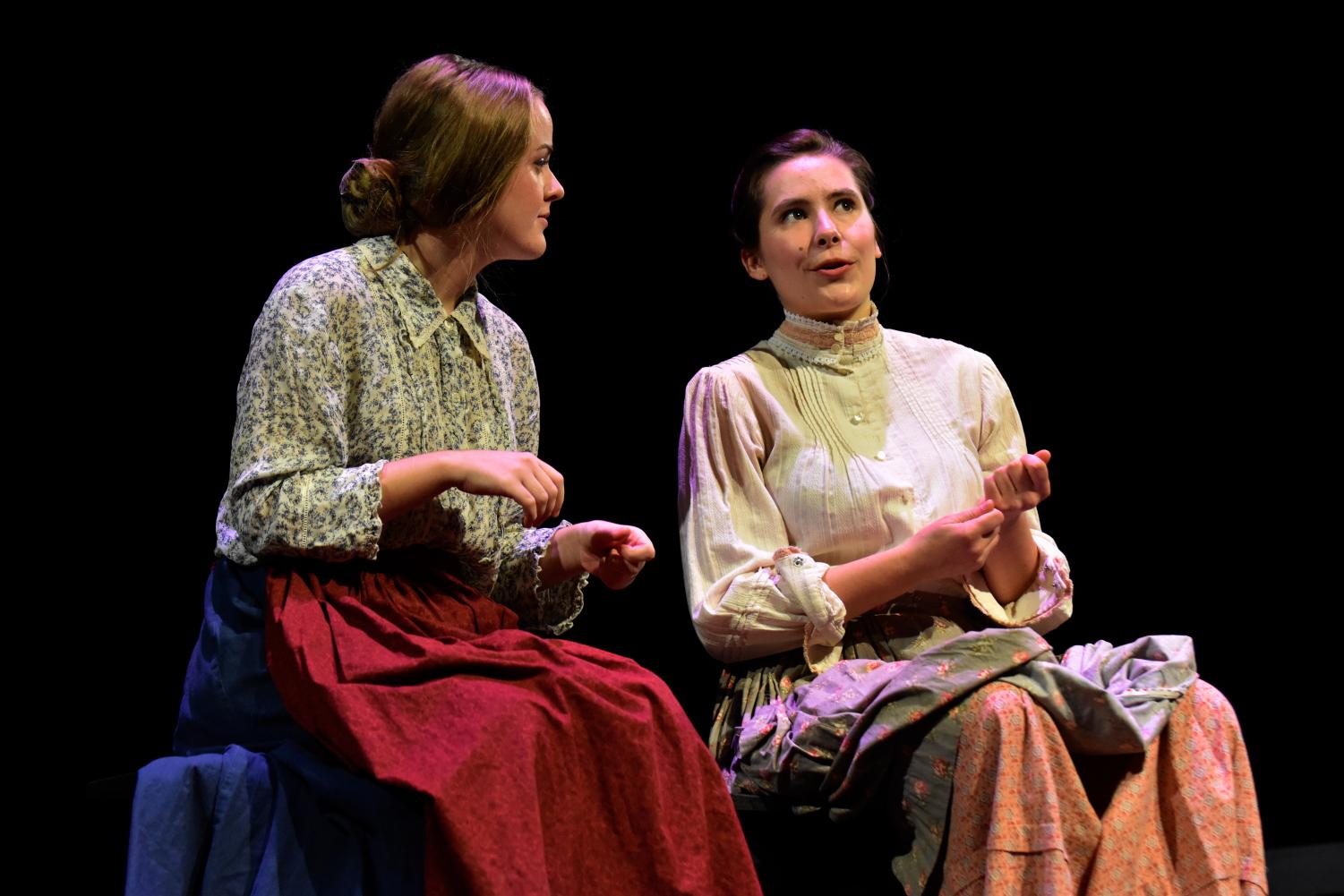 Ellie Lang-Ree (12), in the role of Mrs. Gibbs, mimes stringing beans with Marina Logue (12), who plays Mrs. Webb. “Our Town”, this year’s fall play, portrays a pre-industrial small town at the cusp of the 20th century, with machinery and cars appearing as the play’s timeline progresses. (Nicole Chen)

Ellie Lang-Ree (12), in the role of Mrs. Gibbs, mimes stringing beans with Marina Logue (12), who plays Mrs. Webb. “Our Town”, this year’s fall play, portrays a pre-industrial small town at the cusp of the 20th century, with machinery and cars appearing as the play’s timeline progresses.

"Our Town" draws viewers with metatheatrical tale of life and love

The faint smell and sizzle of bacon circulates throughout the audience while Mrs. Webb, played by Marina Logue (12), prepares breakfast on stage. Her daughter, Emily, played by Dilara Ezer (12), travels back in time to experience her 12th birthday again after dying, painfully reminiscing over her past memories.

A cast of 19 actors and three onstage musicians performed Thornton Wilder’s “Our Town” in the Rothschild Performing Arts Center’s Patil Theater (RPAC) as the annual fall play — the first in the new facility — from Thursday to Saturday at 7 p.m.

For the inaugural fall play in the RPAC, director Jeffrey Draper chose a more deep and complex play that better resonates with audiences, instead of the more comedy driven plays performed in the recent past.

“There could not have been a better play to do in the RPAC,” Aniket Kriplani (10), who plays George Gibbs, said. “At Harker, we usually do comedies and that kind of stuff, but this was a play that actually meant something, and the actors came so close together.”

It realistically portrays the truth about life, and it helps audiences realize the value of life as they’re living it.”

“Our Town” depicts the everyday lives of the citizens in the fictional town of Grover’s Corners, New Hampshire, in the early 20th century. The story details the lives of Emily Webb and George Gibbs: the two initially grow close as friends, eventually falling in love and getting married. A decade after the wedding, after Emily dies and joins the rest of the deceased in Grover’s Corners, she decides to return to her 12th birthday, only to realize the value of the little moments in life.

“It realistically portrays the truth about life, and it helps audiences realize the value of life as they’re living it,” Maya Franz (10), who plays Rebecca Gibbs, said.

The play also features a musical trio on stage, with Zachary Wong (12) on violin, Anika Fuloria (10) on bass and Hannah Lak (12) on harp.

The play frequently breaks the fourth wall, where the stage manager, who is played by several actors, directly address the crowd and interact with planted actors in the audience. This is a central component of the plot of the performance, as the play is set in the actual theater it is being performed in and relies on verbal exposition very heavily.

“It’s very strange because it’s one of the most popular plays of all time, but it doesn’t feel like other plays because it’s written in a very different way,” Draper said. “I wanted to do a new play. I also wanted to have the first fall play in the new theater be about theater.” 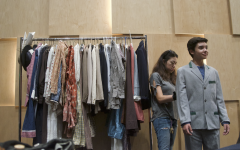 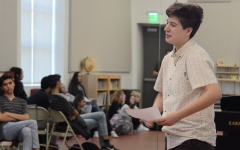 Notably, for most of the play, the set is barren and the actors use very few props, instead depending on miming to portray the items their characters are holding. The only scene to have a set of any form is the final aforementioned scene, which depicts the house of the Webb’s family on the day of Emily’s birthday.

“In an attempt to get the audience feel like they’re experiencing it, we have bacon cooking underneath the stage,” Sarah Raymond (10), who plays Mrs. Soames, said. “Sometimes it’s good to have a show that’s moving and makes you reevaluate your perspective on life.”

This climactic scene ends with Emily’s husband, George, weeping at her grave, while she is only able to watch.

“I particularly liked the last scene where Emily went to go back in time to see her mother,” Amla Rashingkar (11), who watched the play on Friday, said. “I thought [that scene] was particularly emotional, especially when she realized it wasn’t everything she wanted it to be.”

The next plays performed will be the Student Directed Showcase in January. 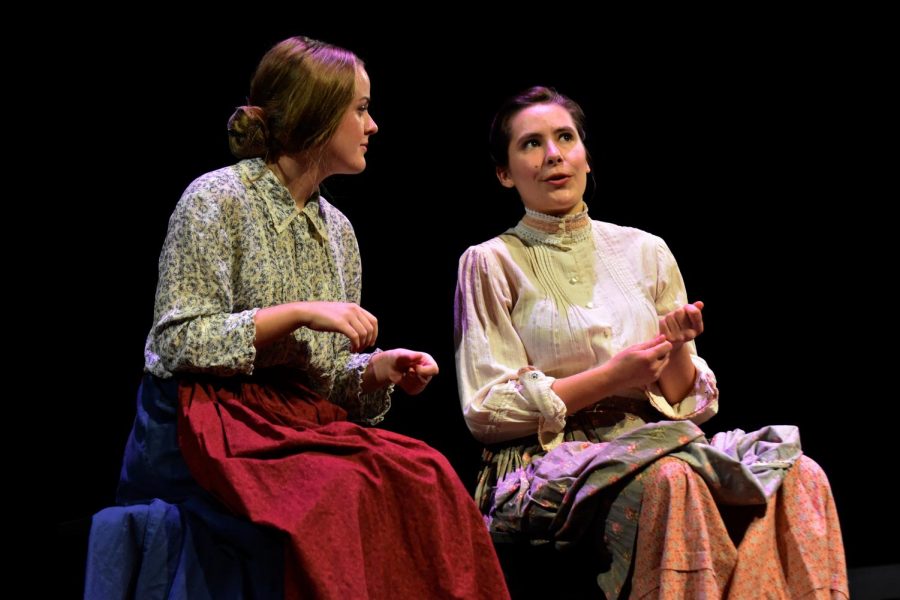 Gallery|4 Photos
Nicole Chen
Ellie Lang-Ree (12), in the role of Mrs. Gibbs, mimes stringing beans with Marina Logue (12), who plays Mrs. Webb. "Our Town", this year's fall play, portrays a pre-industrial small town at the cusp of the 20th century, with machinery and cars appearing as the play's timeline progresses.

Behind the scenes of “Our Town”

The characters of “Our Town” vary from the two central characters of Emily Webb and George Gibbs to their families, local residents — alcoholic choir director Simon Stimson, town Constable Bill Warren, milkman Howie Newsome and his mimed cow Bessie — and characters planted among the audience, whom characters onstage speak to.

Here’s a look behind the curtain at the cast’s preparation for the play. 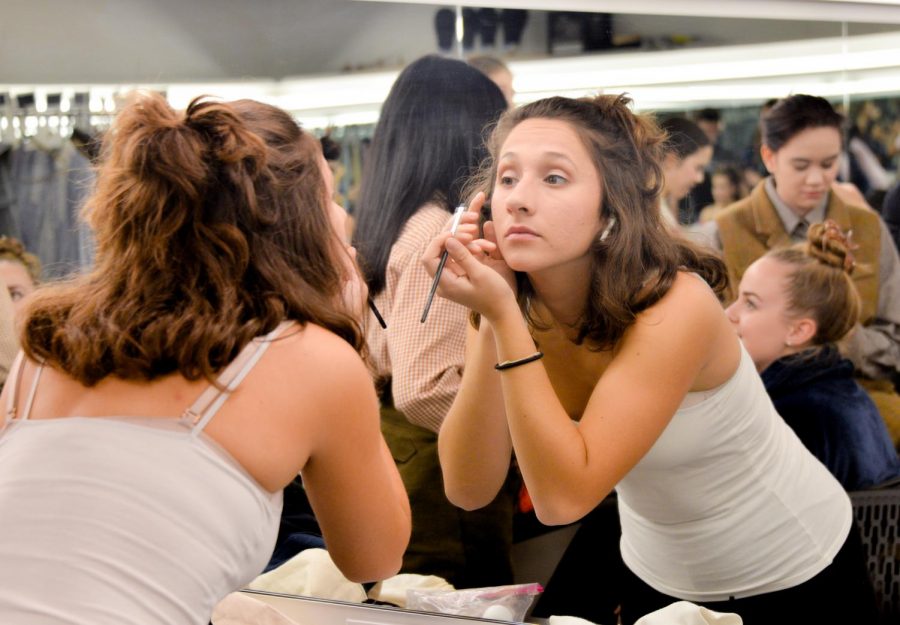 Gallery|5 Photos
Kathy Fang
Dilara Ezer (12), who plays the central character Emily Webb, applies makeup before the fall play. In "Our Town", Emily is portrayed as a schoolgirl growing up, on her wedding day, and after her death during childbirth.