Most wildfires begin from mishaps at campsites, electrical fires and lightning strikes. In lightning strikes such as those at the CZU Lightning Complex, air molecules moving past each other generate friction that can cause a static electrical charge. That charge moves between the ground and the air, releasing enough energy to generate heat to start a flame. In the past, the Pacific Gas and Electricity Company (PG&E) intentionally issued power outages in at-risk areas to lower the possibility of starting a fire.

According to biology and environmental science teacher Jeff Sutton, when humans are removed from the equation, these natural fires can reinvigorate ecosystems, add nutrients to the soil and limit dominant species. For conifers like redwoods, fires can help to release or germinate the seeds. More species within the climax community—an ecological community in which populations remain stable—can grow after a low fire, which stays near the ground. Prairies also depend on fires to restore balance.

“Prairie fires are really important because woody species like trees and shrubs will take over the prairie unless you have periodic fires that burn from lightning,” Sutton said. “They will burn the grass, but the grass roots are protected. Once the fire has gone through and it rains, you get more nutrients put back into the soil, and the grass regrows.”

For thousands of years, indigenous peoples mirrored this pattern of burning and regrowth to reap benefits such as nutrients and biodiversity through prescribed fires. After this process, the newly burned land is replenished with nutrients that allow more plants to thrive. 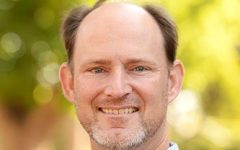 Prairie fires are really important because woody species like trees and shrubs will take over the prairie unless you have periodic fires that burn from lightning.”

“Indigenous populations have been setting what we call prescribed fires, meaning they know the land: they’re deeply connected to the land and its well-being and its sustenance,” upper school biology teacher Eric Johnson said. “They would prescribe fires and burn this small area of land so that it can regenerate, so that it can grow new crops that can bring in new biodiversity.”

In contrast to Native Americans’ positive mindset toward fire, in the early 1900s, forest management considered fires detrimental and put out any fires they observed. Rather than preventing damage, these actions allowed forest litter to accumulate, creating more fuel for a potential blaze.

This fuel leads to damaging crown fires, which spread to many trees through the canopy. Since more people populate the forests now, forest management and residents extinguish fires before they expand. Although this habit may protect human lives and properties, it limits growth of other species and actually results in devastatingly large and harder-to-control fires.

“When fires are put out by humans and the debris is allowed to build up in the forest or in the prairie, fires tend to burn hotter and faster, and they can destroy some of the species that are typically going to stick around in the ecosystem under normal ecological conditions,” Sutton said.

Regions that have not been burnt in long periods of time and that have large amounts of forest litter are the most susceptible to wildfires. These have become increasingly common in California.

Organizations have taken action to target this problem, including the Goat Girls LLC. Based in San Luis Obispo County and founded in 2018, the Goat Girls LLC provides grazing services to clear out vegetation, reducing the amount of fire fuel as well as clearing invasive species. Animals remove mass of fine fuel (flammable dry grasses with small diameter) and reduce the height of vegetation. These changes to the landscape cause flame heights to be smaller, making them less intense and less likely to rise into tree canopies. Grazing in particular has unique advantages that make it versatile and less invasive than herbicides.

“The nice thing about grazing, whether it’s cattle, sheep, goats, or horses, is that they’re natural,” Goat Girls LLC founder Beth Reynolds said. “Particularly, sheep and goats are very good at getting into hard-to-reach places. We do a lot of steep canyons and a lot of steep mountain sides where machinery isn’t viable and it’s too close to homes to do a controlled burn.”