Leaping “Outside the Box”

From breaking free of Zoom squares that have confined dancers all year to thinking creatively in terms of choreography, students and faculty involved in this year’s upper school dance show have had breakthroughs in nearly all aspects of production. That is why Karl Kuehn, director of upper school dance and director of the dance production, selected “Outside the Box” as the theme of this year’s dance show, which was released to the Harker community on Wednesday.

“It was really a challenging year creatively, but I’m just so impressed with the resilience and the effort and the energy of all the dancers and the show, they pulled it together,” Kuehn said.

2021 Upper School Dance Show – "Outside the Box" from The Harker School on Vimeo.

From Monday, April 26 to Friday, April 30, dancers arrived on campus in costume to perform and record their dances on the Patil Theater stage. In a typical year, approximately 120 students participate in the dance production. This year, only 80 students were selected via video auditions that took place in last September and early October due to social distancing restrictions that reduced the number of dancers per routine.

Instructors and performers began the preparation process in October, pushing back the planned January show date to after the recording of the Spring Musical to allow for in-person performances in the Patil Theater.

“I would much rather prefer to learn it in person, but everybody worked together really well in our dance,” performer Fiona Yan (9) said. “It was definitely challenging to learn the choreography on Zoom, but we all made it work.” 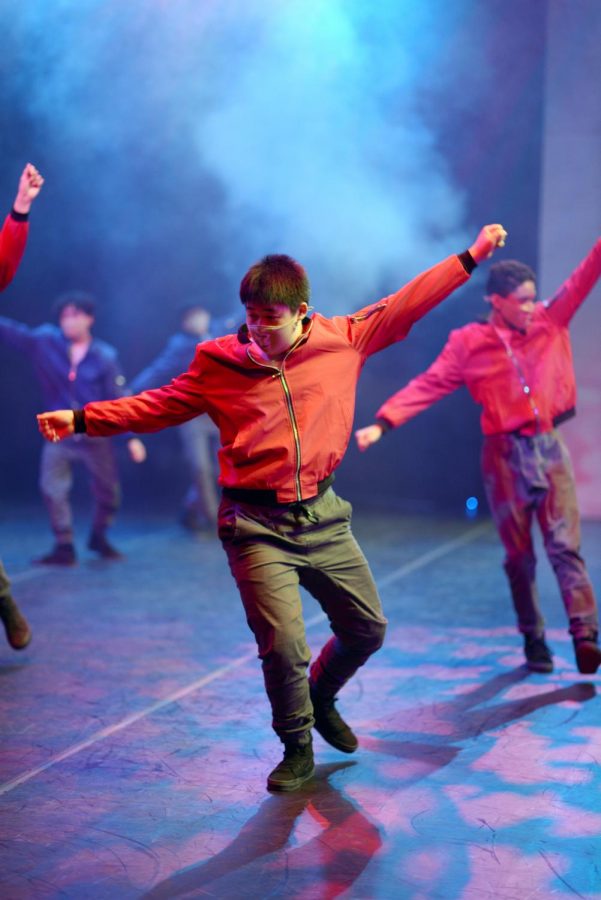 Choreography class and upper school dance teacher Rachelle Haun emphasized the professionalism and high level of execution that students brought to the stage the week of filming, especially since most routines had never previously rehearsed together in-person before.

“The students were, as a cast, so prepared, thoughtful and intentional about their dancing. It was amazing,” Haun said. “You would not watch it and go, ‘This is the first time this has ever happened.’ The first time they ran it, we filmed it, which is insane, and they did such an incredible job.”

Despite overall satisfaction in the end, dancers and choreographers alike experienced various constraints in the months leading up to the final week of recording. Because of social distancing mandates, choreographers had a smaller group of dancers to work with as well as fewer dance moves they were allowed to incorporate into their routines: lifts, partners and group clusters were off limits. Dancers also wore masks during their performances despite recent mask guidelines not mandating masks for socially distanced performers.

To fit the theme, student choreographer Kai Due (11) decided on an “out of the box” song: “LOSER” by Japanese singer-songwriter Kenshi Yonezu. From there, Kai cut down the song and then determined which beats he wanted to highlight through his choreography. In the process of teaching his routine, he encountered technical issues such as mirroring and lagging. However, the experience also helped further strengthen his own choreography skills.

“Sometimes it was better to not choreograph everything and instead try to pare it down a little bit so I could make each section better,” Kai said. “I’m proud of my team, more so than I would have been if it was in-person for sure.” 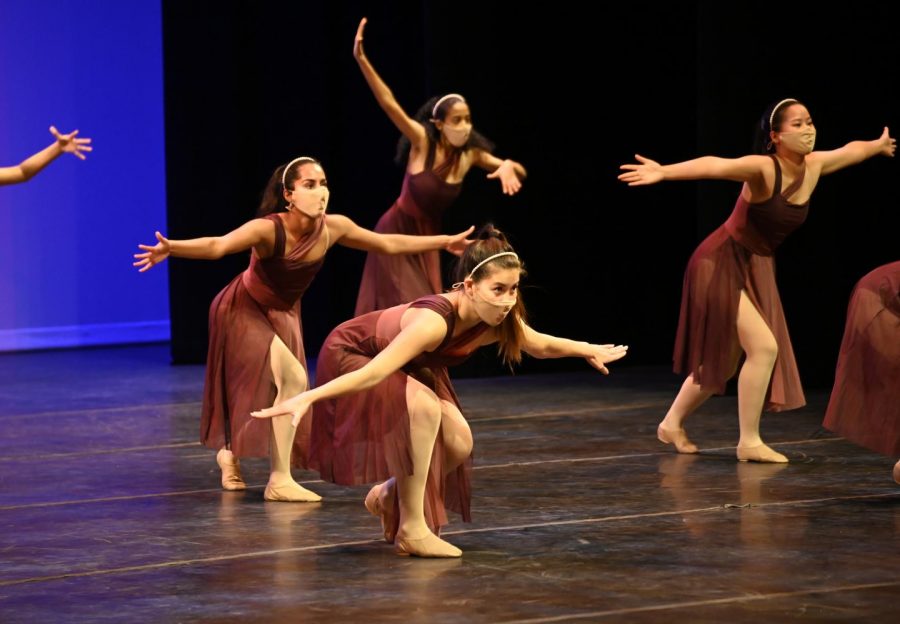 More specifically, Haun underscored the perseverance of the performers and commended them for proving that even an art form such as dance that is difficult to share remotely can still thrive.

“There were so many challenges for the student choreographers, for the dancers, for absolutely everybody, challenges that we’ve never had to face before. And the show turned out awesome. You would never know,” Haun said. “They met those challenges and exceeded them, and I’m so proud.”

Ultimately, Kuehn hopes that this year’s dance show will serve as a reminder for the Harker community of the rich opportunities available to its students, even under pandemic circumstances.

“We had the option to not have a show, but I know how important it is to our community and to our students, of course, and all our performers. So it makes me happy that we’re able to pull it together,” Kuehn said.