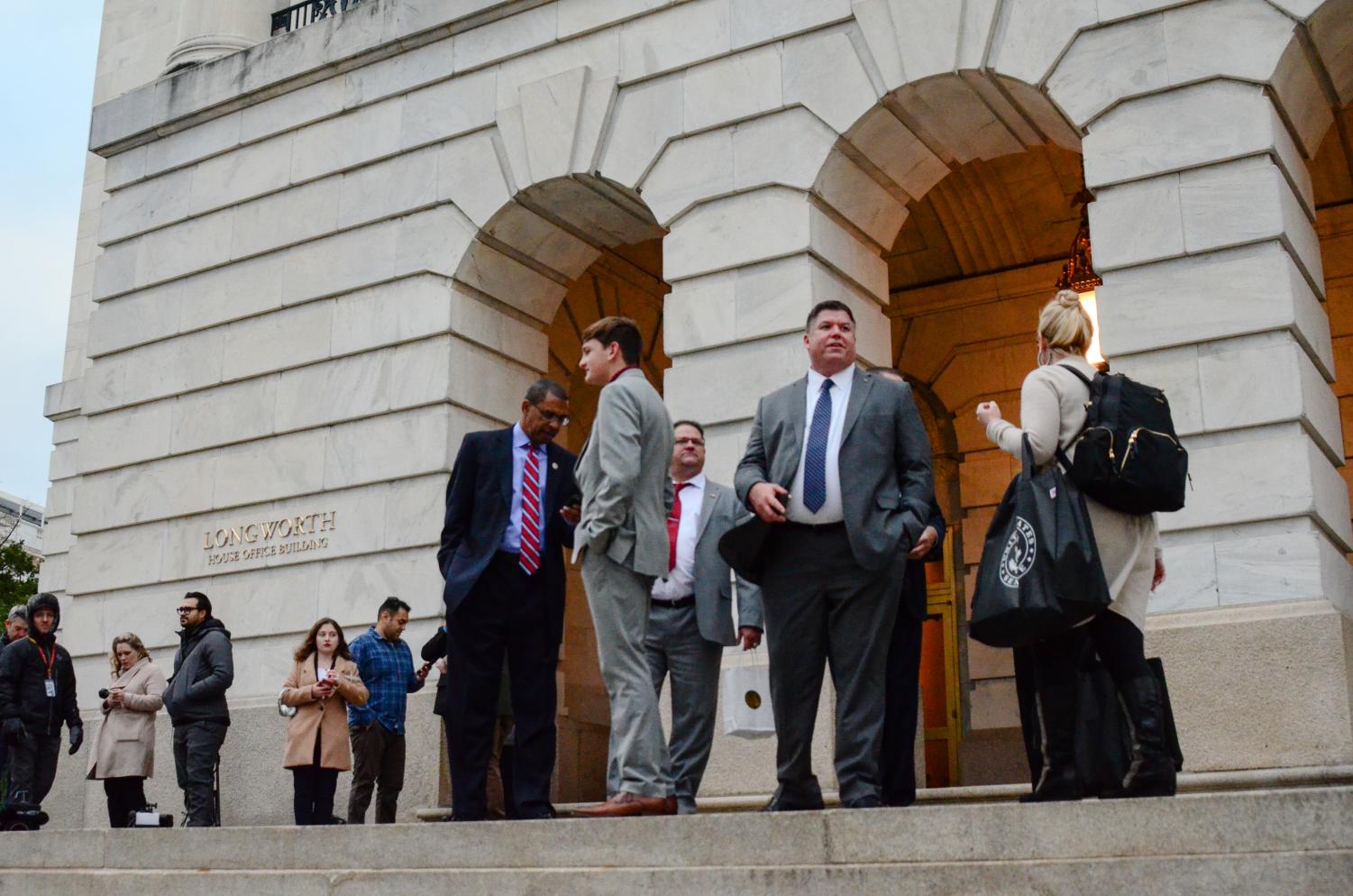 Members of the press and the Capitol stand outside the Longworth Office Building on Capitol Hill, where impeachment testimonies were held over the past month. After a monthslong process, the House is expected to vote on two articles of impeachment tomorrow. (Kathy Fang)

In anticipation of tomorrow’s historic vote, Harker Aquila has prepared a recap of the buildup towards impeachment and guide for what to expect tomorrow.

Allegations against Trump first came to the House Intelligence Committee’s attention in August, when a whistleblower filed a complaint to the two Congressional intelligence committee chairmen, Rep. Adam Schiff (D-Calif.) and Sen. Richard Burr (R-N.C.), that detailed alleged attempts by Trump to solicit foreign interference in the 2020 presidential election.

This marks the third time in American history that the House Judiciary Committee has passed articles of impeachment for a House vote.

As outlined in the Constitution, if the House passes the two articles of impeachment via a majority vote, the impeachment process moves into the Senate, which has the constitutional power to put the president facing impeachment on trial, with Supreme Court Chief Justice John Roberts presiding.