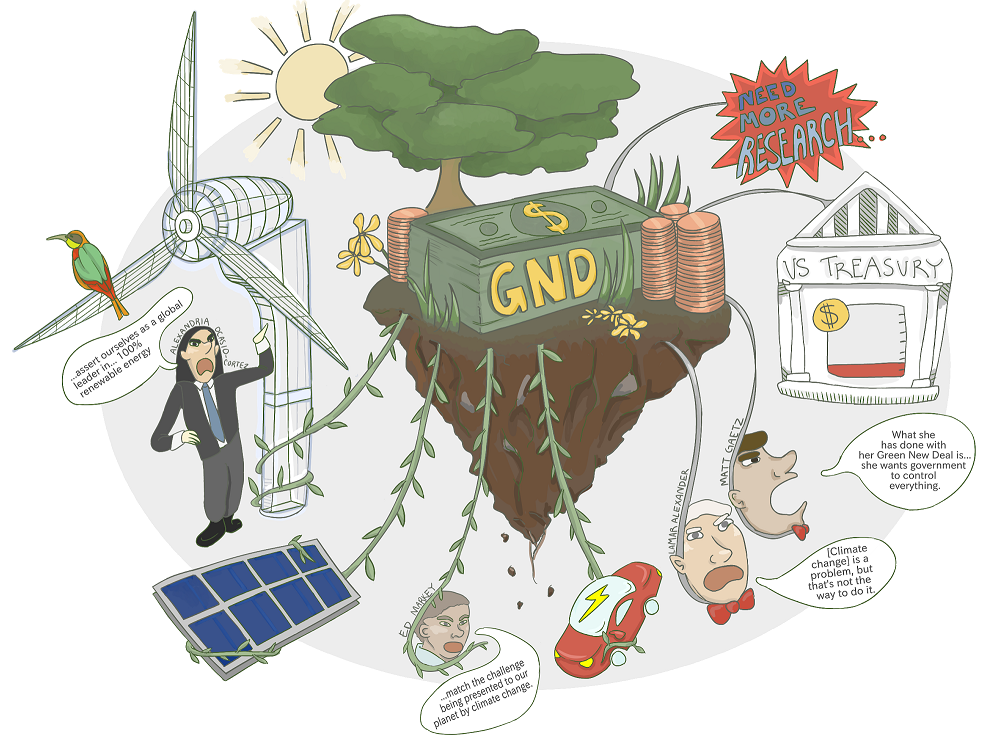 The icecaps are melting. Wildfires and polar vortices are breaking out. The ocean is acidifying. Category 5 hurricanes are ripping through the U.S. seemingly every year. In the face of looming disaster, the Green New Deal (GND) attempts to address the increasingly detrimental effects of climate change.

Introduced to Congress on Feb. 7 by Rep. Alexandria Ocasio-Cortez, D-N.Y., and Sen. Ed Markey, D-M.A., the deal is a fourteen-page proposal of social and environmental reforms.

According to the 2018 U.N. Environment Emissions Gap Report, humans now have just 11 years to enact monumental reform to limit global warming to controllable levels.  The study found that the carbon emissions gap was larger than ever, and that nations must triple their efforts in order to reach the two-degree Celsius warming goal.

Now more than ever, unprecedented and urgent actions is required by all nations.”

The divisive non-binding resolution calls for a 10-year national mobilization of the use of renewable energy sources and elimination of “pollution and greenhouse gas emissions as much as technologically feasible,” according to the official text. It also calls for high-quality healthcare, affordable housing, economic safety and access to clean water and food for “all people of the United States.”

“The first goal is the idea of creating infrastructure and jobs in clean technology,” said Green Team advisor Diana Moss. “The second component of that is they’re trying to make it a [fair] transition, so that people at the bottom don’t have to carry the brunt.”

However, on March 26, the U.S. Senate rejected the Green New Deal with three Democrats and every Republican voting against the proposal. Senate Majority Leader Mitch McConnell argued that it would be unfair for the U.S. to enact the GND, saying that “global carbon emissions are a global problem. [The U.S.] only produce[s] about 15 percent of the global total.”

Sen. Dianne Feinstein, D-C.A., supports action to combat climate change but noted her support for a more specifically focused policy in an email interview with the Winged Post.

“The science is clear: climate change is real, it is happening, humans are causing it, and we must act,” Feinstein said. “[However,]  legislation to fight climate change should not wait on policy changes to other issues, but rather should focus with laser-like intensity on climate change itself.”

Proposed as a progressive resolution, the GND has become a politically charged issue, which may impede the consideration of its environmental content.

“A subtext of the GND is its effort to weaken those conservative relationships and promote progressive ones,” upper school history and economics teacher Damon Halback said. “One of the parts of this, over time, is going to be how to decontextualize the notions of a GND from a purely partisan framework.”

The GND resolution in its official text calls for “meeting 100 percent of the power demand in the United States through clean, renewable, and zero-emission energy sources.” Critics view the proposal as unfeasible and radical, while proponents believe that the drastic action that the GND sets forth is warranted.

“It’s viewed as a radical proposal because it’s asking for so much, but at the same time I think a lot of people are starting to realize this is what we need,” Natasha Yen (10), a Green Team officer, said.

Upper school biology teacher Dr. Kate Schafer appreciates the efforts made to enact the GND, the first major climate change resolution to be brought to Congress since the American Clean Energy and Security Act, which failed to even reach the Senate in 2009.

“I’m optimistic that maybe we’ve reached a tipping point [where] we’re starting to figure out how to transition to not just a carbon-free economy but a world that’s more [fair] for more people, and, in the end, better for everybody,” Dr. Schafer said. “[GND] may be a pie-in-the-sky idea, but I think it’s possible, and that gives me a lot of hope.”

On March 15, over 250 upper school students walked out of class for 15 minutes to support the Youth Climate Strike, which was created by young activists to raise awareness for climate change policy, specifically the GND.

Students, who were encouraged to dress in blue and green to express their solidarity, assembled in the quad at 10 a.m. They listened to speeches given by officers of the Green Team and participated in chants. Students also had the opportunity to sign a petition to urge legislators to enact climate change policy, which is to be presented to Congress in April by a group of high schools across the nation.

“It’s the climate; everyone should care about the climate,” Green Team officer Anthony Shing (11) said. “This should not be partisan at all.” 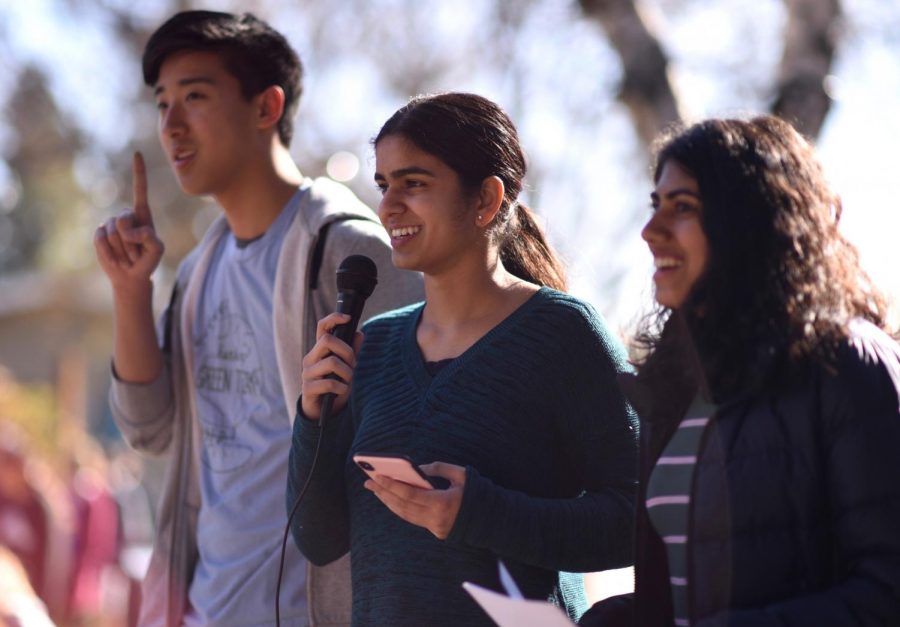 Gallery|3 Photos
Irina Malyugina
Green Team members Alex Shing (11), Sachi Bajaj (10), and Anvi Banga (11) led Harker students on a walkout as part of the Youth Climate Strike. Green Team organized the event, which was partaken in by students all around the world in efforts to push lawmakers to focus on climate-related policy.

Correction: A previous version of this article incorrectly had the speaker and quote transposed in the U.N. Climate Emissions Gap Report. The article has been updated to correct this error. 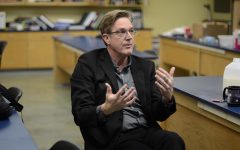 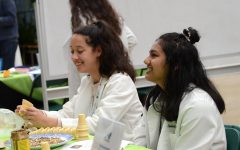 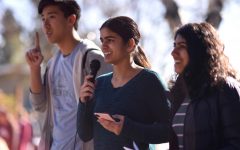 Over 250 students step out of class in climate strike