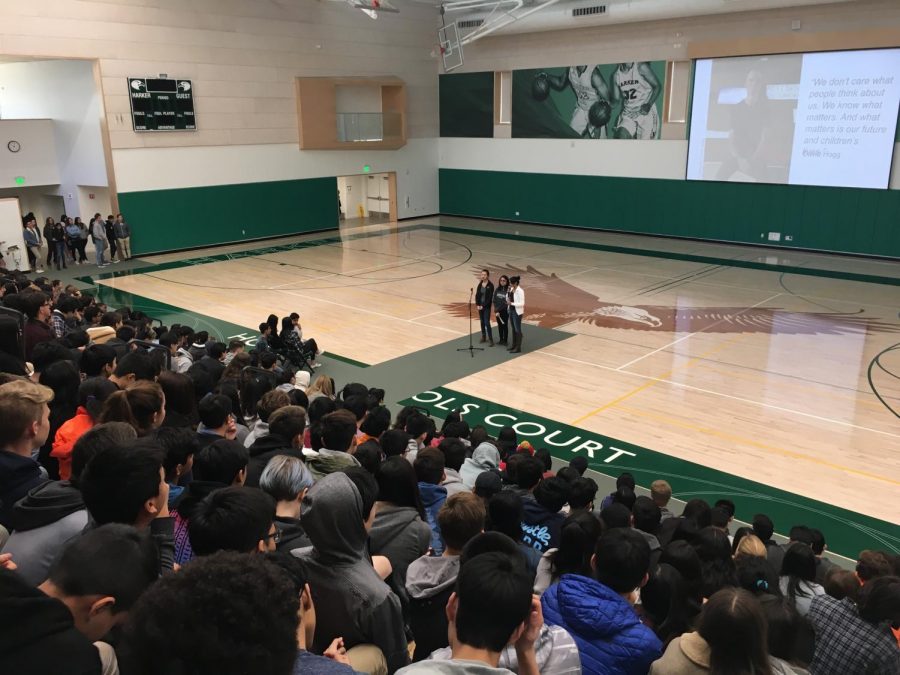 The upper school community is organizing a fundraiser, assembly and banner in support of MSD and its students.

Esha Deokar (11) proposed the idea of hosting a series of school events in support of MSD as student council simultaneously began discussing a walkout, which will be an optional assembly, and a gun debate town hall.

“As a community in California where most of us are almost desensitized to the events happening outside our bubble, I think it’s important to show our solidarity to the high school students who are campaigning for more gun control,” Esha said. “The main thing would be logistics and getting the word out.”

She and student council are now working together to organize an upper school-wide banner for MSD and plan to hold the fundraiser for the victims the weeks of March 12 and 19, with all proceeds going to the victims’ GoFundMe and the MSDStrong website.

On March 14, the upper school will hold an optional assembly for 17 minutes, one minute for each victim, when students can walk out during a break in advisee review meetings in solidarity with the students at MSD and in parallel with schools nationwide.

“With the fundraiser, [student council, the administration and Esha] really wanted to make an effort to honor the victims of the Parkland shooting and support the school through everything,” junior class treasurer Shania Wang (11) said. “We have three main purposes [for the walkout]—gun control, solidarity and supporting the victims.”

Students can send laminated, non-political banners, preferably not mentioning victims’ names or the date of the shooting, teddy bears, candles and flowers to voice their support, express solidarity and honor those who passed away.

Individuals can contribute to a GoFundMe created for the victims by the Broward Education Foundation, to the school as a whole via a MSD Strong website–where MSD merchandise is available–or to the MSD student journalism program’s GoFundMe.

“I’m just really thankful for the people who have donated to the journalism GoFundMe, the victims’ fund and the march. [It’s] been so supportive, sending messages and all,” MSD journalism teacher Melissa Falkowski said. “It’s an amazing feeling to know that you’re not alone.”

This piece was originally published in the pages of the Winged Post on March 6, 2018.