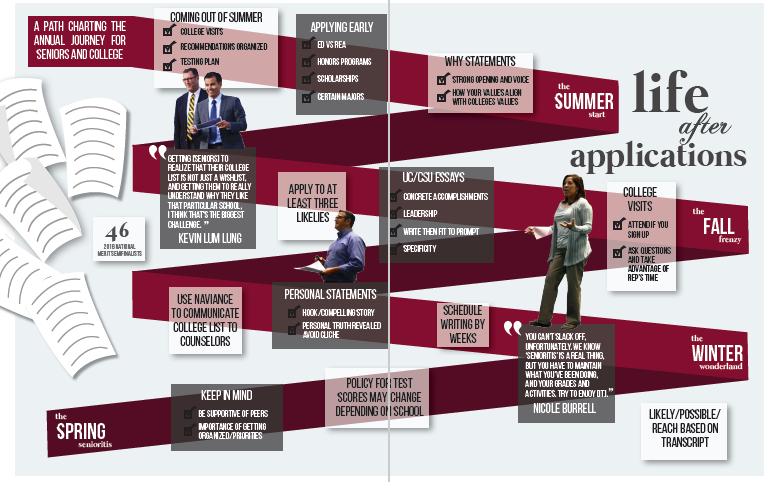 You hit send, now what?

Over the past two weeks, many seniors have submitted their early college applications. While every university and college has its own application deadlines, they usually fall within the same time frame. Students generally turn in early applications—either early action, early decision or single choice early action—during November, while they turn in regular applications during January and early February.

Although regular college application deadlines fall during January and early February, many students find it advisable to finish the bulk of the essays and collect recommendation letters by the end of November.

“Definitely starting the entire process early is probably the best advice to give anyone,” Makenzie Tomihiro (12) said. “I mean, I’m still in the process of submitting applications in January, and since I had the teacher recommendations done for earlies and my personal statement and all, it will make it a lot easier. Hopefully my Christmas break won’t have a lot of extra work.”

“My stress level in the height of it is definitely a ten, because I get emotionally invested,” English teacher Brigid Miller said. “I root for you guys in the classroom; I always want the best for you. I want to see you succeed. I want to support you and encourage you.”

Juniors, who will start college counseling in January, begin to consider college options, and freshmen and sophomores hear about the trials and tribulations of their fellow students. 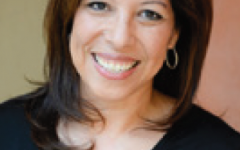 Start earlier, tell the kids to start writing as soon as possible, tell them to start early! You’ll hear it if you’re a junior.”

“One of the things we ask [seniors] about: what advice would you give to the next class? And 99.9 percent of them say, ‘Start earlier, tell the kids to start writing as soon as possible, tell them to start early!’” college counselor Nicole Burrell said. “You’ll hear it if you’re a junior.”

Even after submitting all applications, seniors are advised not to become lax in their academic studies. The stereotypes surrounding “senioritis,” a supposed drop in motivation that second-semester seniors experience, often feature in

jokes as well as class skits during homecoming week every year.

“We have this class where we bust out this thing called the scary letters packet. Every year, there’s someone who gets a letter from a college saying ‘Hey, we’ve noticed your senior grades,’” Burrell said. “You can’t slack off, unfortunately. We know ‘senioritis’ is a real thing, but you have to maintain what you’ve been doing, in your grades and activities. Try to enjoy.”

But many graduated students and currently applying seniors believe that college applications are a small part of student life and should take a backseat to the larger picture of the high school experience.

“Relax. Don’t get too caught up in the application cycle,” Aditya Dhar (‘17) said. “Just enjoy wherever you end up because you’ll almost certainly have a great time.”

After submitting applications, seniors must prepare to transition to the next phase of their educational careers with further college counseling classes and, for many students who will attend school away from home, making provisions to begin the process of moving out.

“If you’re the right fit for a college, then you just have to trust that they’ll accept you and that you’ll end up where you belong,” Kshithija Mulam (‘17) said. “If not, be patient and trust in the process, because everyone makes it to the figurative finish line at the end of the day—it’s just a matter of when.”