President Donald Trump withdrew protections for transgender students in public schools to use bathrooms and facilities corresponding with their gender identity on Feb. 22, rescinding a nondiscriminatory directive previously implemented by the Obama administration.

The guidance was issued despite opposition from Education Secretary Betsy DeVos, who reportedly told Trump that she was unwilling to cooperate with the his decision because of the potential harm that undoing the protections could cause transgender students.

In 2014, under direction from President Obama, the U.S. Department of Education issued guidelines under Title IX asserting that state public schools could not discriminate based upon a student’s gender identity, ensuring the civil rights of transgender students. The law was later reinforced through joint guidance by the Departments of Justice and Education in 2016.

While Trump’s revocation of this directive is not an executive order and only prevents government interference in state laws regarding bathroom access, it could potentially lead to more changes in legislation. According to the National Conference of States Legislatures, one dozen states are currently considering bills that would require those who identify as transgender to use the facilities of the gender they were assigned at birth, invoking uncertainty in many transgender students living in these areas. 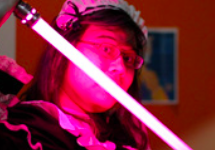 “The problem with bathroom bills is that they focus on one part of the issue. Healthcare is diccult. Gender change is difficult.””

“I live in South Georgia, that’s where it’s [already] less accepting of that kind of thing,” Phoenix, the administrator of social media journal and activism account “TransBoy’s Diary,” said. Phoenix is the name he goes by online, and he could not provide his full name due to the possibility of retribution. “I don’t like how they’re taking the rights away, and I’m scared to go into the boys’ bathroom—I feel physically sick whenever I go into the restroom. I don’t like Trump’s repeal because all I want to do is pee, yet people like Trump are thinking I’m a rapist. I’m more likely to get harmed than anyone else.”

Like Phoenix, many transgender students are speaking out against Trump’s rescindment and the possibility of state legislatures adopting discriminatory laws against the transgender community.

“It’s stressful that I can’t use the bathroom that I identify with. I honestly wish that the bathroom deal never became a problem because us trans kiddos just need to pee and feel accepted,” Koda, the owner of Instagram activism page “Trans Boys Together,” said. Koda is his first name, and he could not provide his last name out of privacy concerns. “I get weird looks in the ladies’ room, so I just try to be quick and not have any hassle with anybody.”

Trump’s rescindment of the protections was also met with backlash from civil rights activists and allies who believe that it is the federal government’s duty to protect the rights of transgender people, and that the withdrawal of executive guidance could create conflict within schools and leave many transgender students vulnerable.

While California is not directly affected by Trump’s rescindment—particularly because the vast majority of its legislators are in favor of Title IX—many transgender students from the Bay Area, including Sasha Berkeley, a Saratoga High School junior, are strongly opposed to the discriminatory directive.

“I’m fortunate to live in California, but I’m concerned for trans people in states that don’t have any protections already on the books,” Sasha said. “Knowing that the government, which is obligated to protect its citizens, is now turning its back to the communities that need the most help, I don’t think this administration cares at all about the rights of trans people.”

The rescindment could also affect the case of Gavin Grimm, a 17-year-old transgender student from Virginia who sued his public high school for the right to use the boys’ bathroom. Gavin’s suit, which is based upon the law that protects transgender students from discrimination at school, was set to be presented to the Supreme Court on March 28.

On March 6, the Supreme Court stated that it would overturn the ruling to the lower courts due to the rescindment. Activists and allies all the way from students to celebrities voiced and are voicing their support for Gavin and members of the transgender community, popularizing social media hashtags such as “#IStandWithGavin” and “#ProtectTransKids” and slogans such as “Trans lives matter” and “Love over fear.”

Gavin’s case and the rescindment of the bathroom bill have drawn activist and media attention over the past few months, but gaining access to other rights—particularly those related to healthcare, such as medical transition—remains a challenge for many transgender people.

“The problem with bathroom bills is that they focus on one part of the issue. Healthcare is difficult. Gender change is difficult,” Marie Hawke (‘09) said. “[Legalizing] my gender makes me have to go to the doctor and change my paperwork there. There’s so much misinformation about gatekeepers like doctors and lawyers who don’t have any idea of what actually goes on in the trans community.”

While Trump’s actions last month were his first related to transgender rights since taking office, many members of the transgender community had been preparing for his inauguration since Election Day, Nov. 8, 2016.

“In the case of the administration, a lot of the people in the trans community and queer community have been concerned since November. A lot of my friends had to do a lot of work in order to get their paperwork in order as quickly as possible before inauguration as a security measure,” Hawke said. “The result of that, though, is that a lot of people are coming together. There’s been a lot of unity in the community, and we are all supporting each other in whatever way we can.”

Moreover, transgender people are already subject to discrimination based upon their gender identities, and many fear that the amount of transphobia they experience will increase with Trump’s actions.

“From personal experience being a transgender adolescent in the closet, fear of rejection and not being accepted and bullying can cause some serious depression, anxiety and even suicidal thoughts,” Kristian Garcia, a transgender high school junior from Orlando, Florida, said. “[Under the] Trump administration, transgender rights will be more limited, and my concern is people trying to take things into their own hands, causing physical and emotional harm to the transgender community. The last thing I want to hear is an increase of suicides from transgender youth.”

Transgender people who identify as nonbinary—outside the gender binary of male and female—like Forest Stuart, a freshman at West Valley College in Saratoga, can also struggle with not having their genders recognized at all.

“Whenever I’m in a classroom or go out shopping or anything where I have to talk with people, I never know if I can really come out to those people or be completely honest about my gender or my pronouns,” Stuart said. “A lot of my time is spent combating the idea that I don’t exist at all, and that really gets to you after awhile. If you have to fight every day that you have to be recognized as a person, it wears you down.”

For many transgender students, support and acceptance from family members and friends, especially during the transition process, helps them cope with these thoughts. When Jefferson Middle School student Eliza Farrell (8) came out as transgender in October 2016, her family members provided her with aid and support.

“When I came out, my family was very accepting and helped me with transitioning,” Eliza said. “We went to the store a few days after I came out and bought a whole lot of feminine items. Mostly, everyone was really accepting.”

Human rights organizations have advocated for transgender rights through a coalition of members of the transgender community and cisgender allies. Many activists believe that this type of unity is one of the best ways to bring about lasting change.

“Allies, if you know someone who is transgender, show them a positive outlook. Show them that they are safe. Raise awareness as a whole and inform people about the problems we are facing,” Kristian said. “For any transgender youth that are facing difficulties and discrimination, know that you’re not the only one out there. You are not alone.”