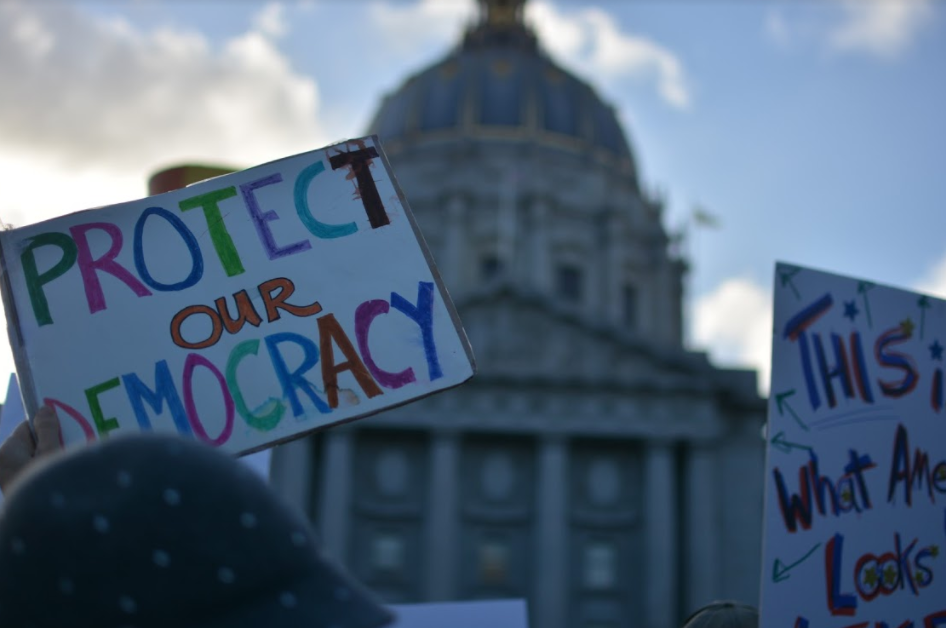 by Rose Guan and Michael Sikand

Protesters across the nation and around the world have gathered to campaign for and against a variety of causes, from gender equality and environmentalism to abortion and immigration, in the weeks since President Donald Trump’s inauguration on Jan. 20.

More than five million people worldwide and one million in Washington, D.C., participated in Women’s Marches advocating for gender equality on Jan. 21. The demonstrations were organized to campaign for diversity, inclusion and human rights, according to the Washington rally’s website.

“It was this amazing energy. It was infectious—the signs, the hats, everyone crammed into the Metro together, people helping each other.””

“It was this amazing energy. It was infectious—the signs, the hats, everyone crammed into the Metro together, people helping each other,” history teacher and FEM Club advisor Donna Gilbert, who participated in the Washington march, said. “It was this incredible collegial spirit and positive energy. I didn’t get the sense that there was anger or hostility; it was this amazing, positive outpouring.”

“Overall, it was really positive and peaceful,” Neymika said. “While I was leaving, I saw many more people coming, so it was really interesting to me because I realized that this movement is much larger than just myself, and it made me want to participate even more.”

Even since Trump’s victory in the 2016 presidential election on Nov. 8, citizens on all sides of the many contentious topics up for debate have assembled to demonstrate for their causes.

Rallies and protests along with the Women’s Marches include boycotts of the inauguration and those advocating against the likes of the construction of the Dakota Access Pipeline site in North Dakota, Trump’s plans to build a wall at the country’s southern border and his temporary ban on immigration for citizens of seven predominantly Muslim countries. 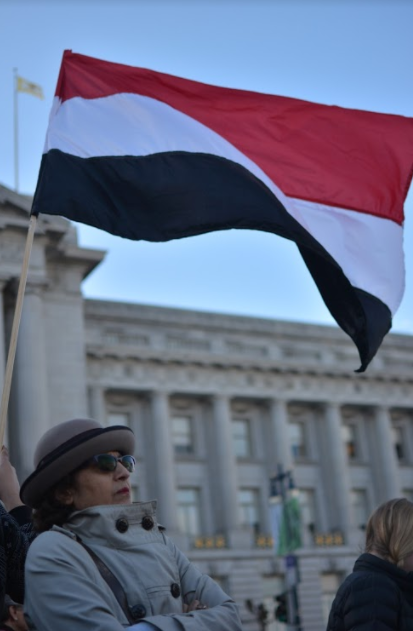 Tuvya Bergson-Michelson, a sophomore at Lick-Wilmerding High School in San Francisco, participated in a walkout at his high school two days after the election and demonstrated at San Francisco International Airport on Jan. 28 and Jan. 29 to protest the detaining of passengers because of Trump’s immigration ban.

“A lot of people I know are scared right now. I’m scared right now about what our future holds as a country,” Tuvya said. “To be able to go out and actually do something that feels productive and respond to and share how we’re feeling feels really empowering, especially because you’re doing it with so many other people. When we walked out of school, people walking down the street were stopping, taking pictures of us, giving us water bottles.”

History teacher Andrea Milius both participated in a Women’s March and joined the protest at the airport.

“I protested at the Women’s March in SF, so that was actually a night march. It started at 3 and ended at 8,” Milius said. “On Sunday, because I was really upset against that executive order, I went to the protest at the airport.”

While many have gathered to protest against Trump’s recent actions, not all of the recent demonstrations are aligned against Trump and Vice President Mike Pence’s values. The March on Life, an annual anti-abortion rally in Washington on Jan. 27, featured Pence as a speaker this year.

Counter-protesters have also gathered at rallies on both sides to demonstrate for their own opinions.

Seniors Vedaad Shakib and Marina Newman and junior Sumati “Sumi” Wadhwa attended the No Ban, No Wall march in San Francisco on Feb. 4.

“It was incredibly exciting, and it was a wonderful feeling to be surrounded by so many incredibly passionate people,” Marina said. “I loved listening to the speakers, and it wasn’t daunting at all. If you go to a protest, there’s all this media coverage about people who do anti-protests and violent outbursts, but there was nothing like that. It was peaceful and it was beautiful.”

The march protested Trump’s immigration ban and his campaign promise to build a wall at the Mexican border.

“I had to reflect upon it: this image of all the signs with all the positive messages in the air,” Sumi said. “That image is probably going to stick with me forever. If you do believe in change and you want something to happen, go out and make a stand for it. Your voice should be heard. You deserve for your voice to be heard.”

Objectors to protesting argue that it is not the best way to advocate for change in many cases and that demonstrations can quickly turn violent. More than 100 protesters in Washington were arrested on the day of Trump’s inauguration, and recent violent protests at the University of California, Berkeley due to its invitation of far-right journalist Milo Yiannopoulos led to the cancellation of his speech.

Still, many demonstrators, including most Women’s March participants, maintain that they have and will take only peaceful action.

“People can organize themselves and rally and protest in a peaceful manner, even with the massive amount of people,” Neymika said. “We will stand up for the rights that we believe are just and, yes, we will continue to do so even in the future.”

Despite the individual successes of each rally, the great numbers of people gathering to protest against and for Trump’s actions across the nation have also raised questions for many organizers: how can the force of the demonstrations galvanize the U.S.’s citizens into further action, and what does the future hold for these movements?

Many activists believe the path lies in continuing to fight for their beliefs and in reaching out to others to change their minds and actions.

Activist Nina Donovan’s poem “Nasty Woman” was performed by actress Ashley Judd at the Women’s March on Washington. Donovan has also participated in protests in her own hometown of Nashville.

“Instead of just tweeting out our opinions, I think we need to discuss facts and data. Instead of just attacking each other right away, I think we need to sit down and have mature discussions on opposing views,” Donovan said. “So much of the reason people refuse to look at things from outside of their point of view is because they become attacked for thinking differently instead of having civil discussions or researching.”

The protests’ local and national impacts now have varied from achieving the policy changes or legal results that demonstrators campaign for to less tangible results such as mentality shifts.

“The protests have definitely shifted how people talk,” Tuvya said. “Our walk-out as a school shifted the discourse in our school community to not only talk more about stories of the people most affected by the new administration’s policies but also how to take action against those policies. I think it definitely has been a way to bring people together, and we’ve also seen some results in the release of the detainees [in San Francisco].”

Others believe that this level of reaction in the first weeks of an incoming presidency represents evidence of a change at a deeper level whose long-term repercussions might not yet be evident.

“I think there aren’t any long-term effects yet, since [the march in Washington] was a spontaneous example of participatory democracy at work,” Gilbert said. “One of the most positive things that happened is that people who had been feeling isolated or alienated started feeling like they were part of a community, so there was a certain community feel. There was a sense that this is what democracy is supposed to look like: people peacefully assembling and having their voices heard and sending a positive message for the future.”

But whether they campaign for or against Trump’s policies and actions, citizens galvanized by the election and inauguration will continue to demonstrate in the coming weeks and months of the presidency.