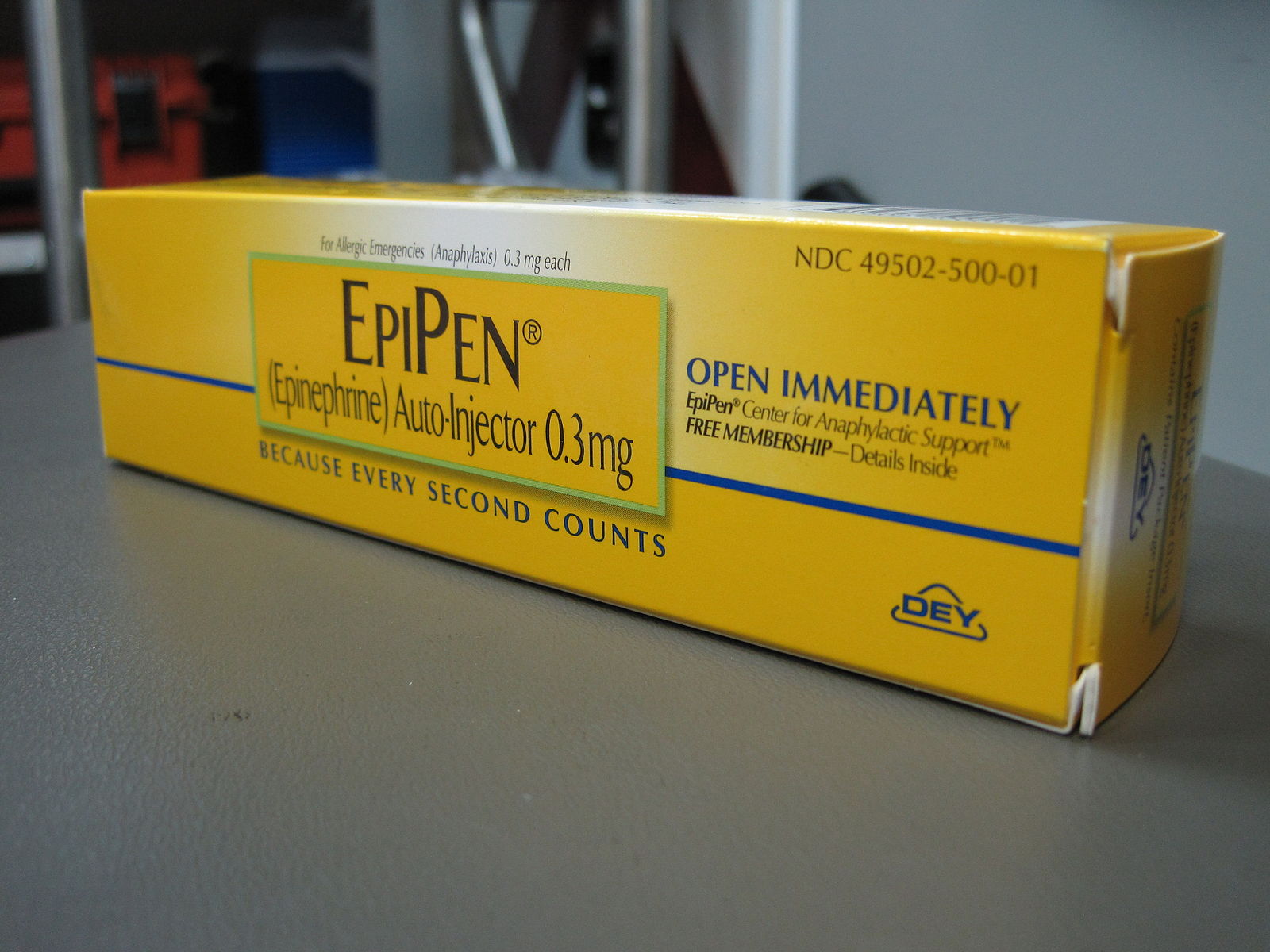 EpiPen price hikes puts medication out of reach for some families

After eight years of steadily increasing the list price of the EpiPen, an emergency allergic reaction treatment device, Mylan N.V., the pharmaceutical giant behind the life-saving product, has met public rage and a Capitol Hill hearing in response to their pricing strategy.

The EpiPen is an injection designed to counter life-threatening allergic reactions known as anaphylaxis to foods, medications, materials, insect bites and other allergens. The active ingredient in the treatment, epinephrine, is a synthetic version of the hormone adrenaline, which works to bolster blood pressure and relax lung and airway muscles to promote the intake of air.

Increasing in price by more than 550 percent since 2007, the EpiPen is now priced at $608.61 for a pack of two, dictating almost entirely a $1 billion market hinged on subduing intense allergic reactions. With an overwhelming majority of market share, Mylan’s domination gives the company the power to economically manipulate a product that many can not go without.

“[The pricing of the EpiPen] still affects me. I can get 12 free [of the 24 required], and the other half I have to buy. We were thinking about sending more with debate this year, so once we start sending out EpiPens in first-aid kits for overnight trips, you start thinking, well, how many EpiPens do you need when they are priced at $112 for two,” Harker Health Services Director Debra Nott said. “Harker is the only school I know that trains every single faculty member and BEST Staff member to use an EpiPen. Everyone around you is trained with EpiPens and first aid.”

While a majority of schools only require the principal and the health aide to be proficient in first-aid and the administration of the EpiPen, Harker’s unique policy of training the entire faculty in EpiPen use reflects its importance in school medicine. The entire faculty watches a demonstration detailing the use of the EpiPen in the first few months of a new school year.

In 2015, the Harker health department sought the purchase of two EpiPen Jrs, a product version for toddlers, to be stored at the pre-school. Since Harker had already received their free EpiPens for the year, Nott cited paying over $600 for a pack of two, demonstrating the expensive effect on school medicine expenditures.

Gracean Linthacum-Janker (11), who has a life-threatening allergy to peanuts, relies on EpiPens in her day-to-day life.

“If I touch or eat [peanut butter], I automatically have to use the EpiPen. There’s no Benadryl; you have about 30 seconds to get Benadryl in me before my throat closes up and I need my EpiPen,” she said. “I carry [an EpiPen] on me at all times in my backpack, and I always have a duo pack at home and in my mom’s purse, at my grandparents’ house. So that for me is insane because I always have so many EpiPens that the rise in price will definitely impact my family.”

“[The price hike] for me is insane because I always have so many epipens that the rise in price will definitely impact my family.” ”

A hearing held by the House Oversight Committee on the price increases of the EpiPen questioned the motives, integrity and $19 million yearly salary of Mylan’s CEO, Heather Bresch, on Sept. 21.

Bresch emphasized to the panel that Mylan makes only $50 in profit for every EpiPen it sells for more than $300. Committee Chairman Jason Chaffetz of Utah reported the company’s profit to actually be $160 before the U.S. tax rate.

“The greed is astounding, it’s sickening and disgusting,” congressman John Duncan of Tennessee said at the hearing. “I’m a very conservative, pro-business Republican, but I am really sickened by what I heard today, and what I’ve read before about this situation.”

Mylan can expect a slough of inquiries from lawmakers and law enforcement. Government probes will be undertaken to investigate crimes such as fraud and tax inversion, along with the request for access to internal documents regarding corporate finance.

In addition to governmental pressures, the power of social media in the matter revealed itself as the outrage of thousands of EpiPen-reliant parents became apparent in Facebook and Twitter rants. Viral petitions such as Mellini Kantayya’s “Stop the EpiPen Price Gouging,” on petition2Congress.com, have prompted nearly 145,000 people to send in messages to Congress.

In the wake of legal scrutiny and consumer pressure, Mylan announced the introduction of a $300 generic version of the branded EpiPen product in addition to the ongoing development of an increased device expiration date. Until the generic version hits shelves towards the end of the year, parents and schools alike will continue to feel the financial strain at the hands of pharmaceutical price gouging.