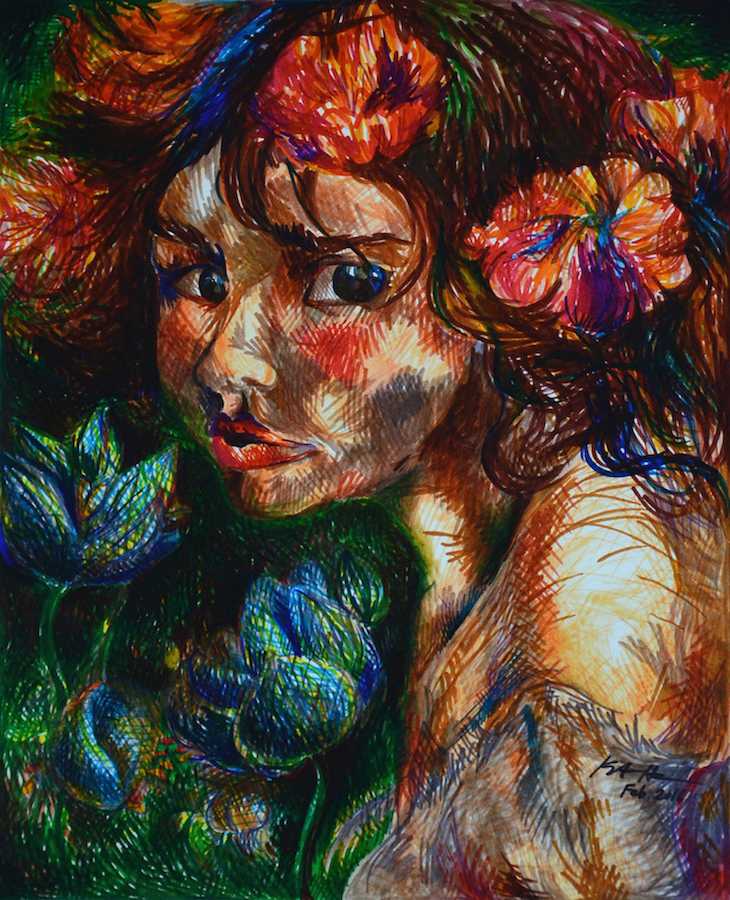 In this painting, I used marker on paper to create bold, visible strokes. Originally, it was supposed to be some deep meditation on the ephemeral beauty of youth but I think towards the end, I just wanted to create a portrait of a young girl— to capture her fear, delight, the qualities that made her human. (Kaitlin Hsu)

In this painting, I used marker on paper to create bold, visible strokes. Originally, it was supposed to be some deep meditation on the ephemeral beauty of youth but I think towards the end, I just wanted to create a portrait of a young girl— to capture her fear, delight, the qualities that made her human.

by Meena Gudapati and Maya Kumar

The Socialist Party of America observed the first ever National Women’s Day on Feb 28, 1909 in recognition of the New York garment strike in 1908 during which 15,000 female garment workers demanded political and economic rights while marching through the Lower East Side. After the Socialist International established Women’s day when they met in Copenhagen, International Women’s day was recognized in Austria, Denmark, Germany and Switzerland.

Female Empowerment (FEM) Club advisor and history teacher Donna Gilbert identifies as a feminist and feels that women’s inadequate representation in history stems from that fact that they did not have the opportunity to hold positions of power.

“Every now and then there’s those women that step outside their gender roles and show themselves to be competent, and talented, and brilliant and brave,” she said. “I think that teaching it in history is really important because it shows your generation just how equally talented, smart, ambitious, and clever women are alongside their male counterparts.”

FEM Club Activities Coordinator, Aliesa Bahri (10) believes that some of the most important issues facing women today are unequal representation in Congress, the gender pay gap, rape culture on college campuses and in the army and issues surrounding abortion.

“There’s a lot of controversy surrounding abortion, but ,personally, I am pro-choice. I think one of the important issues is that some women are prevented from getting safe abortions because of the laws in their states,” she said. 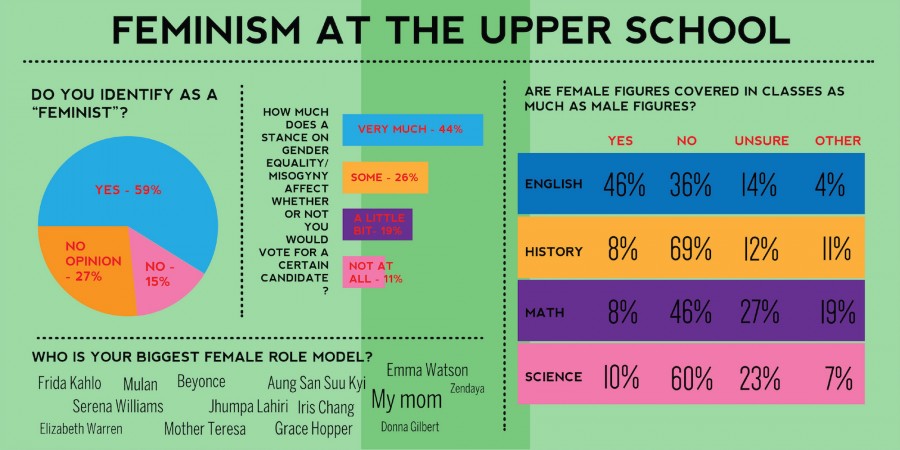 FEM Club hosted their club week from Feb. 22  to Feb. 26, during which they fundraised for The Kakenya School for Excellence, an organization in Kenya that provides education and protects young girls social threats such as forced marriage.

“Our officers did a fantastic job bringing up a lot of important and interesting issues, having great discussions and raising money for issues having to do with young girls overseas,” Gilbert said.

In China, International Women’s Day celebrations focus on men’s expression of love to women rather than the social, economical and political focus it holds in other nations. In light of the holiday, women in China receive a half-day off to celebrate.

Today, more than half of all American women are unmarried, meaning that they command a huge political force that was not previously present in previous decades, when more women were married. They comprise 23 percent of the American voting pool, and, as a whole, unmarried women tend to support left leaning policies including increasing minimum wage, closing the gender pay gap, and paid maternity leave.