The road less traveled: students pursue unconventional options with their diplomas in hand

by Meena Gudapati and Rose Guan 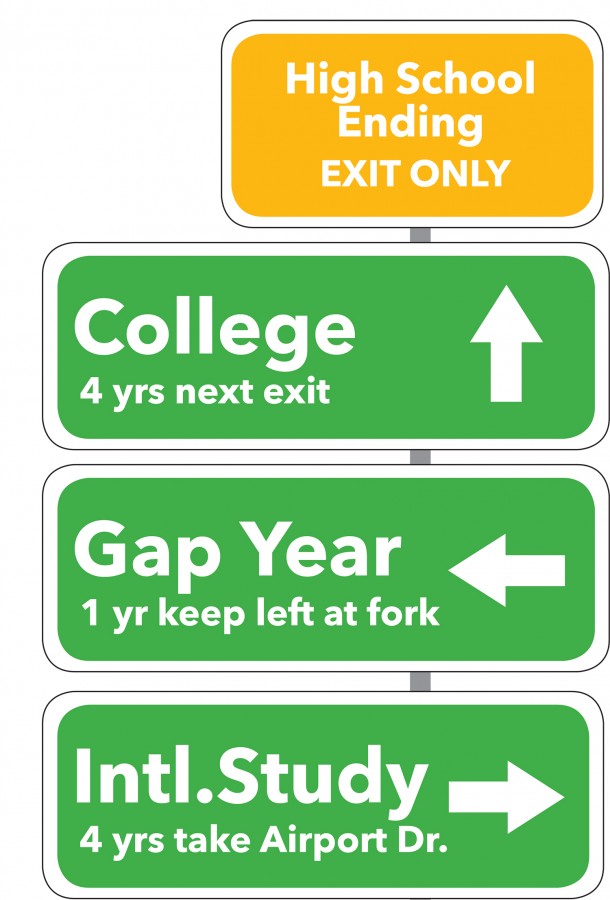 Though most college-bound students head to university immediately following high school, some students take a gap year for varying purposes.

The American Gap Association states that the top influence on students’ decisions to take gap years is to gain life experiences or grow personally, a rationale expressed by 92 percent of polled students. According to the Wall Street Journal, 90 percent of students who take gap years return to school within a year, but some take multiple years off.

“There are so many college-bound students, and I’m not just talking about Harker students, that are only going to the next step because they feel like that’s what they’re supposed to do, and they could really benefit from just taking a little bit of a breather,” Lum Lung said.“They’ve been going to school for a really long time; they’ve come out of a very rigorous high school period. To maybe just kind of recharge their battery, get some life experience, travel, volunteer, work, I feel like they’ll come into college and have a richer experience. Many colleges encourage that, but not as many students take advantage of it.”

According to the AGA, the number of students who choose to take gap years has been slowly increasing,a phenomenon 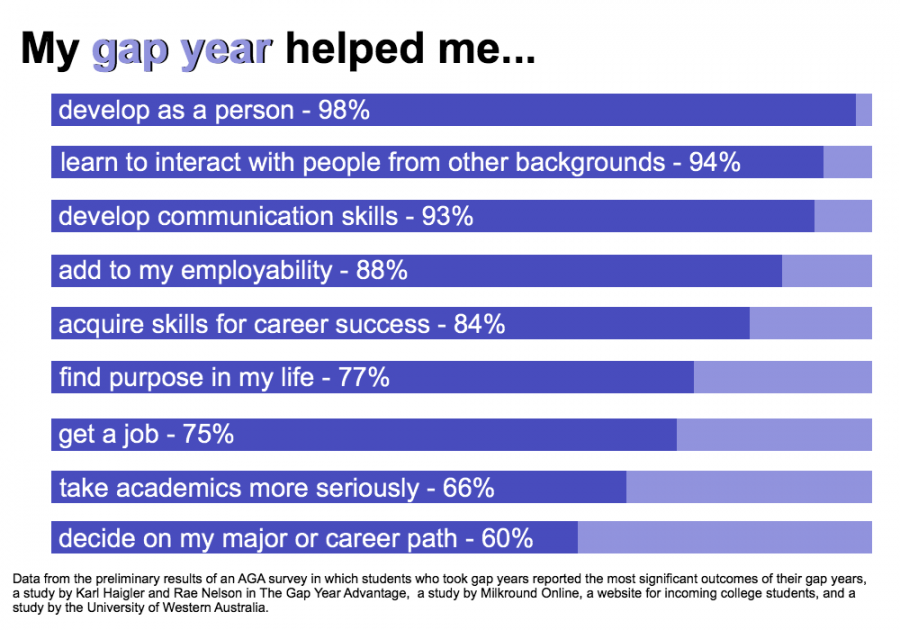 that the Wall Street Journal credits to burnout from high school; in keeping with this, 82 percent of respondents to an AGA survey expressed a desire to break from their academic tracks, while 85 percent wanted to travel and experience other cultures.

“From the gap year programs, [students] gain just a sense of perspective—again, almost getting off of that wheel for a minute, taking a step back and looking around,” he said. “So many students are so focused on the next thing in front of them that they haven’t had any time to really reflect.”

Another option growing in popularity for American college students is studying abroad. This includes attending school internationally for brief single-semester terms and attending college for a full four years abroad.

Harker Alumnus Fred Chang (‘15) currently studies at Yale-NUS College, a liberal arts school in Singapore that is a collaboration between Yale University and the National University of Singapore. Chang spoke about her decision to attend the college.

“The opportunities here were so different than any other college that I had toured or researched about, and so I decided that these are the only four years in my life that I can just drop everything and go somewhere else and not uproot a career of family or something like that,” she said. “I’m kind of no strings attached which is really nice so I can explore the world now instead regretting not doing it earlier.”

Chang addressed her process of adapting to the new culture.

“When I came here, I had a really severe culture shock,” she said. “Everything is new and different and all these things that you take for granted are no longer there, and everybody around you takes something else for granted. There’s a bunch of new experiences, and then going back home, there’s another reverse culture shock where you’re not used to the place you grew up in and you’re not used to U.S. culture, specifically California culture.” 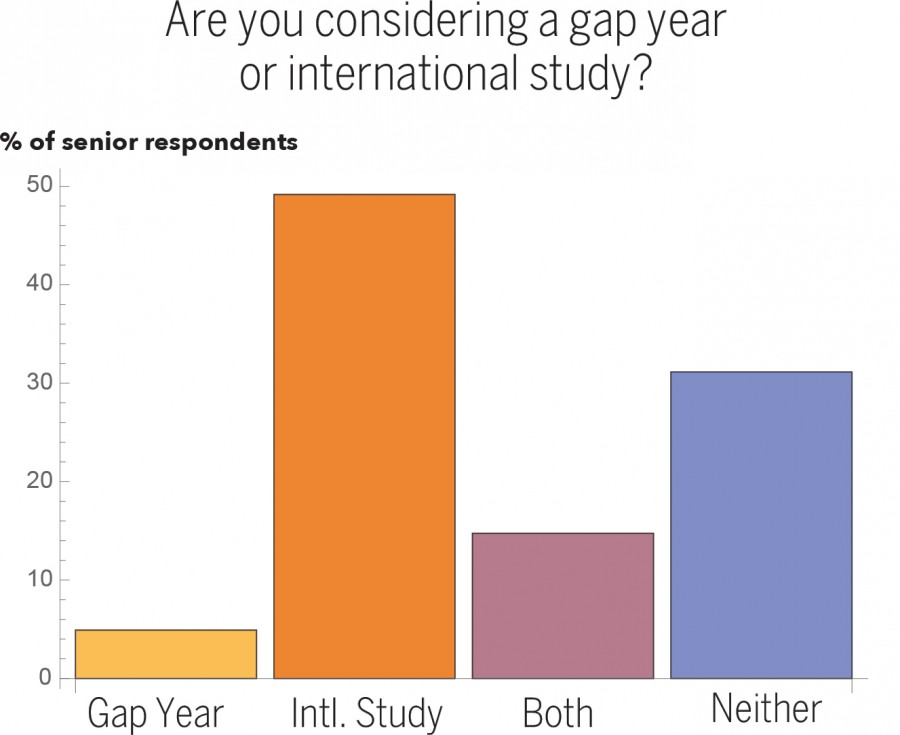 Chang also discussed what she has gained from her international experiences so far.

“I’m in this part of the world that I otherwise would not have come to, and [I] definitely would not have spent four years traveling here extensively, learning about the culture here and the people here, and what you realize is that people are kind of the same everywhere in spite of the institutional differences that you might see,” Chang said. “[Being] able to grow and study in a place with someone from every continent in your classroom, in every classroom, is an experience that really should not be passed up for something else like prestige.”

The Institute for the International Education of Students cites studying abroad as building on students’ personal growth, intercultural development and education and career attainment.