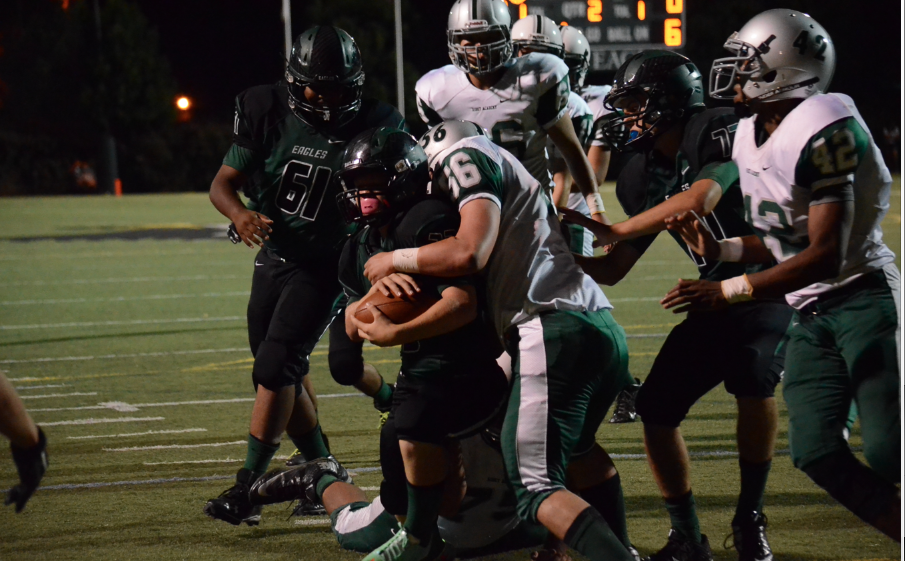 The Varsity football team won its Homecoming game against Ribet Academy 51-6 on Saturday.

Pollard scored the first touchdown of the match only one minute and 11 seconds into the game, after running for two first downs and then 25 yards into the end zone.

After the first quarter, however, Pollard was injured and sat out for the rest of the game.

“I dislocated my knee,” Pollard said. “I think we are dominating. We can still dominate. The game is not over though.”

The first offensive plays for Ribet Academy Fighting Frogs resulted in a fourth down and a loss of possession of the ball.

The Eagles scored seven touchdowns in the first half to end up with 51 points, and the Fighting Frogs scored their first touchdown of their entire season in the third quarter.

Ribet Academy, ranked five teams below the Eagles in the state, traveled from Los Angeles by bus along with their cheerleaders to play this match.

“We scored one. It was crazy. Our first touchdown of the entire season,” Frogs cheerleader Lilly Lopez said. “We took the bus all the way here for six hours.”

Prior to this game, neither team had won a football game this season. The Harker team hopes that the momentum of the win will carry on to the rest of the season.

“Our work over the past offseason came to life yesterday. Also, our younger guys got a chance to shine,” senior Sidhart Krishnamurthi said. “Our main plan going forwards is just staying positive.”

Last year, the Eagles lost their homecoming game, but many changes have taken place on the team compared to one year ago.

“A major difference from last year is that this year we have about 30 people on our roster and last year we had 16,” Rishabh Nijhawan (10) said. “The number of players is vital because without the rest, our players cannot perform well.”

Other changes include a full ten game schedule compared to the three games last year.

At halftime, the cheerleaders performed, seniors Shiki and Shreya Dixit were crowned Homecoming king and queen, and the seniors beat the juniors in the final round of tug-of-war.

The Eagles play an away game against San Lorenzo Valley this Saturday at 2 p.m. 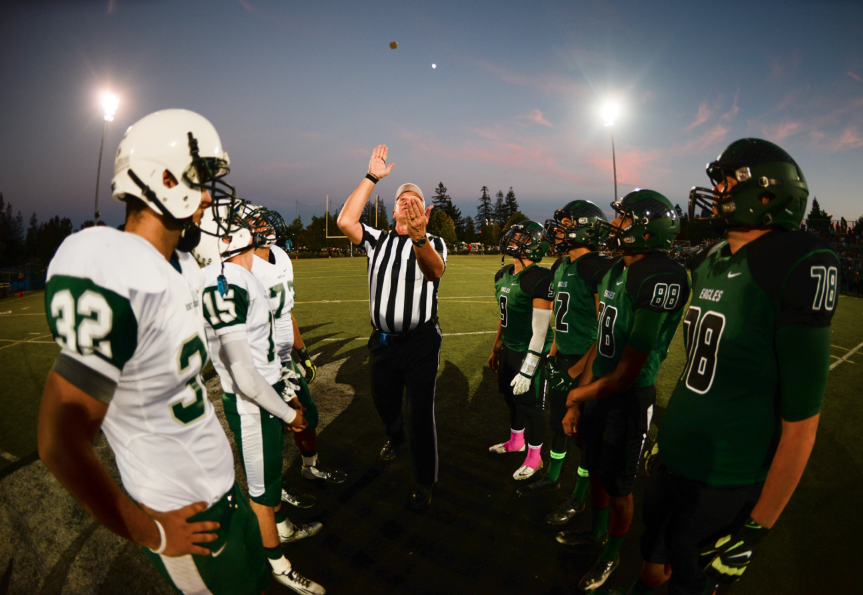 Homecoming Then And Now:

by Sanjana Avula and Priscilla Pan

Homecoming this year was very different from last year, with fun filled activities and even a date change from Friday to Saturday night.

There were varying opinions when people were asked about how they felt about Homecoming being on a Saturday rather than the usual Friday.

“On Friday, everyone’s really tired. On Saturday you have the morning to sleep, so I think more people will come. I don’t really mind either way,” Elizabeth Schick (9) said.

Many students worried that the date change would possibly bring less spectators out to Davis Field to watch the game to support the Eagles.

“I would have liked it better if it was on a Friday because you can just come directly from school,” Darren Gu (9) said.

Hazal Gucan (10) agreed with this sentiment.

“I think that there are less people because its on a Saturday, but there is still the same spirit,” she said.

The halftime cheerleading routine contributed to the crowd spirit.

Harker Alumni who returned for the Homecoming game noticed significant changes from when they were members of the student body.

“As a graduate, I don’t have to do anything like participate in spirit events or sing, which kind of makes it more like a spectator sport; I feel like a visitor I guess,” Claudia Tischler (’14) said.

Football players recognized changes in the event as well.

“Last year, we were the small team playing the big one. This year, it was the other way around,” football player Lucas Wang (10) said.

“Well, for me I am GLC for kindergarten and we have a rocking kindergarten class so we have a lot more people show up,” Kristin Marlow-Quintin, a 1984 Harker graduate and Harker parent said. “I think the teams seem a lot more excited and it almost seems like the parents are a little bit more excited about the football team which was really kind of cool.”

Harker won the Homecoming game in 2011 but has lost for the past two years. The scoreboard excited spectators and created a more spirited atmosphere.

“This year’s Homecoming is way different because we’re actually winning for a change, and being a high schooler really gives us a little bit more exposure to what’s going on,” Krishna Bheda (9) said. “We’re a little more involved because we have a lot of spirit.”

Homecoming court is one of the traditions that has existed for quite a while that the freshman class experienced for the first time.

The changes that this year’s Homecoming brought spurred various opinions among spectators and excited people for next year’s game. 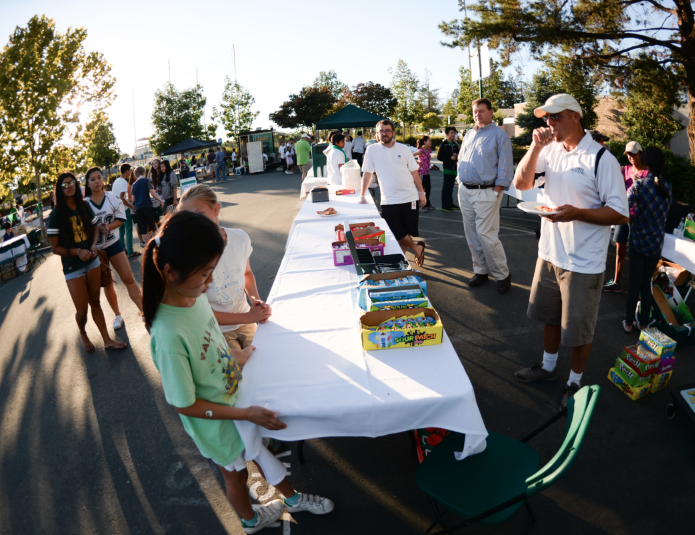 Gallery|9 Photos
Freshman Class Dean Victor Adler supervises the selling of candy before the game. Freshmen sell food at each Homecoming game in order to raise money for their class.
Leave a Comment