Working Title: ‘The Double’ and the duality of man 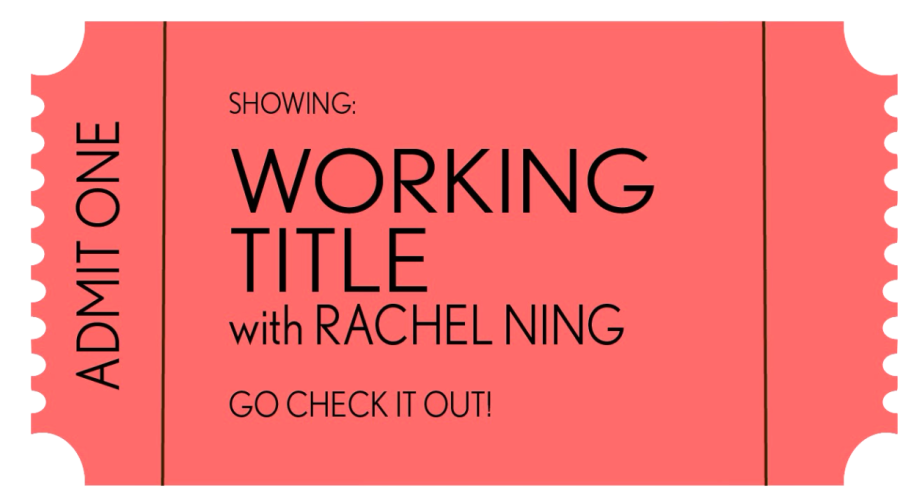 This is the third installment of “Working Title,” a podcast where staff member Rachel Ning shares her thoughts on select films and the film industry. In this episode, Rachel discusses the hidden gem "The Double," a 2013 film, and its connection with the duality of man.

This is the fourth installment of “Working Title,” a podcast where staff member Rachel Ning shares her thoughts on select films and the film industry. In this episode, Rachel discusses the hidden gem “The Double,” a 2013 film, and its connection with the duality of man.

Hello, and welcome to “Working Title,” a podcast where I take you through some of my favorite filmography finds and important pieces of visual media that I think deserve a moment to shine.

I’m Rachel, and today I’m going to be talking about the 2013 release “The Double,” and its commentary on the duality of man. I’ll try not to give out any spoilers. I don’t really think there are any in like, what I’m going to talk about, but you never know.

So this movie, “The Double” was directed by Richard Ayoade, who’s this really well-known comedian, actor, director, triple threat kind of person. He stars in the show “The IT Crowd” and he’s a super funny guy. “The Double” was his second film that he directed, his first being “Submarine,” and it’s a dark comedy thriller based on the novella by the same name by Fyodor Dostoevsky.

It’s about the super introverted office worker named Simon, and he tends to be the super invisible character. His boss didn’t really recognize him, and he’s pining after this girl Hannah, who’s played by Mia Wasikowska. After a particularly bad day, Simon’s world is then turned upside down when he shows up to work the next day, and sees that his doppelganger by the name of James, has joined the same company as him, they start off as just like coworkers, but they quickly develop kind of like an acquaintance relationship and then develops into a friendship, as James tries to help Simon out with Hannah.

But he, again, as I said, begins to take over every part of his life, from his work even to where he lives his apartment. And as I mentioned before, James and Simon are the spitting image of each other, which primarily is because they’re both played by Jesse Eisenberg, however, no one else seems to notice that they look exactly the same.

So first off, this movie is just very sharp, in it’s dialogue, as well as cinematography, which makes it a really fun watch. Also, the overall tone of the movie is pretty dark, and that’s reflected on the screen, like it is literally shot in very dark areas, and there’s a lot of shadow light imagery, which helps give it a very accurate overall vibe. And you can definitely tell that this is kind of directed by Richard Ayoade, he has a very distinct kind of humor, and the way he interacts with people, and I think he does reflect that. I think it also works really well with the overall goal and the message that he’s trying to send out with this movie.

So as I mentioned, it’s based on the novella by Dostoevsky. and I personally have not read the novella. But I’ve heard from interviews with Ayoade, that it is quite a dense book. And there were some things that were modified to make it more digestible into a movie form. Like he mentioned that this character of Hannah, this kind of love interest, is kind of used as a plot point in the movie, to just kind of drive and help the watcher understand the movie better and kind of how the plot carries on. But in the actual novella, there is no character of Hannah whatsoever, I thought this would be a good thing to put in the movie, because audiences tend to connect with romantic pursuits, or romantic ideals, or kind of just romantic storylines in general, which I think was used very well in this movie.

According to the Stanford Encyclopedia of Philosophy, dualism is the theory that mental and physical are essentially two different identities that can exist in one person. The movie is quite ambiguous in a big way, as a whole time you’re watching, you don’t really actually know if this suave character of James is a figment of Simon’s imagination or not. However, what we do know is that James is everything Simon wishes he were. As I mentioned, James first tries to help Simon out with a girl of his dreams, Hannah, but eventually James manages to seduce her himself. James is this manifestation of everything Simon wants to be, but feels is too out of reach, or he’s too scared to kind of take that step and start being more extroverted or more friendly to coworkers or friends.

Another good example of this that isn’t the love interest Hannah is from the work environment. So Simon’s boss never really remembers his name and always refers him to Stanley because of how submissive and forgettable he is. Simon does produce good work, but he’s always too timid to present it and whatever he gets the courage to, his boss kind of just dismisses him for isn’t under the rug. However, when James comes in, he begins to use him to take these basic knowledge tests, these like preliminary tests, and forces him to do all of his work. And James takes all the credit for Simon’s work, making his boss extremely keen to him and uses James as a constant comparison to Simon, and how Simon should be doing better.

In this sense, again, Simon and James are still essences of one another, again, primarily physically, because they are, again, literally identical. But everything that Simon wants is projected onto this character of James. So again, the movie is quite ambiguous, as you don’t know if the two, if James and Simon, are actually two different people, or James is just a product of Simon’s deteriorating mental health, whether that be schizophrenia, or just like manic depression, so the movie is quite a mind numbing watch.

It’s one of those movies that makes you kind of sit with the material after you finished and process it on your own and kind of interpret on your own. And it kind of makes you use your own morals and your own ethics and how you interpreted the movie to determine the ending of this movie, and if Simon and James are actually two different people, or if they’re really just the same person.

And again, it is a really fun watch, specifically because of how the ending plays out, which I won’t go into a lot of details of just so there’s no spoilers. But yeah, this was truly a fun watch that I feel like could be a lot of people’s thing. I haven’t heard a lot of people talking about it, and I feel like it is a hidden gem, because of how entertaining it is, and how, again, it keeps you in for the entire runtime. It’s thrilling.

Again, as I mentioned, the screenplay is super sharp. It’s really funny, and it keeps you on your toes, and so I really hope you check this movie out. Thank you so much for listening and I hope to see you again in the next episode of “Working Title.”