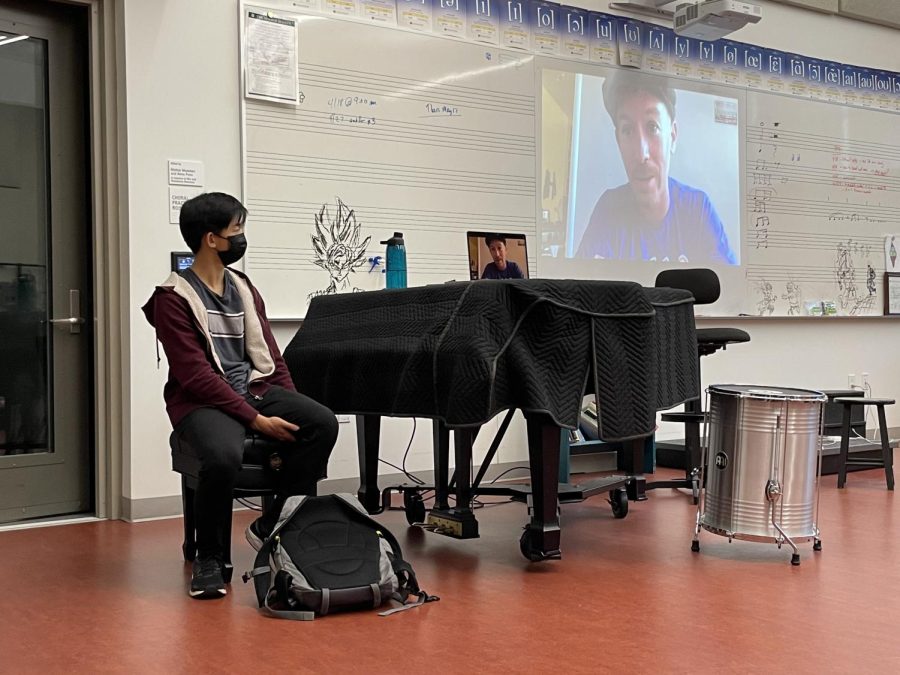 Guitarist Brian Moran discusses careers in music with members of Music Creation Club through a Zoom meeting on April 1. "Figuring out what it is that gives you joy is really important,” Moran said.

Music Creation Club organized a Zoom meeting with guitarist and Berklee School of Music graduate Brian Moran on April 1, where club members learned about the challenges of navigating a career in music.

Moran opened the event by sharing about his journey as a musician and how he became the performer and teacher that he is today. A New Jersey native, Moran described how pursuing his passions as a teen was challenging, as his high school placed a stronger emphasis on sports and STEM topics than the arts.

Iris Cai (9), who plays piano, noted that students growing up in the Bay Area face a similar issue.

“It was interesting how [Moran] talked about his career as a musician,” Iris said. “Especially in the Bay Area, it’s very STEM oriented, so we don’t hear this kind of thing very often.”

Moran then pointed out how rising musicians often make sacrifices, such as moving to a city far from their family and friends, in order to have successful careers. According to Moran, everything from the clothes a musician wears to their hair, gender and race can affect how they are perceived by an audience.

The meeting ended with a short Q&A session, where club members had the opportunity to ask Moran about his own experiences or talk about specific problems they were facing as musicians. Topics discussed included balancing music and schoolwork as well as staying motivated when facing setbacks.

“[The meeting] was very informational,” Anthony Zhao (11), a member of Harker choral group Downbeat, said. “Even though I really enjoy music, I had never seen it as a career field. But I thought [the speaker] had some really nice insights.”

In general, Moran encourages students to pursue whatever career path they find most interesting, even if it involves risk and sacrifice.

“You will get to a point in your 30s, 40s or 50s where people will say, ‘Money isn’t everything, and you only have one life to live,’ so figuring out what it is that gives you joy is really important,” Moran said.