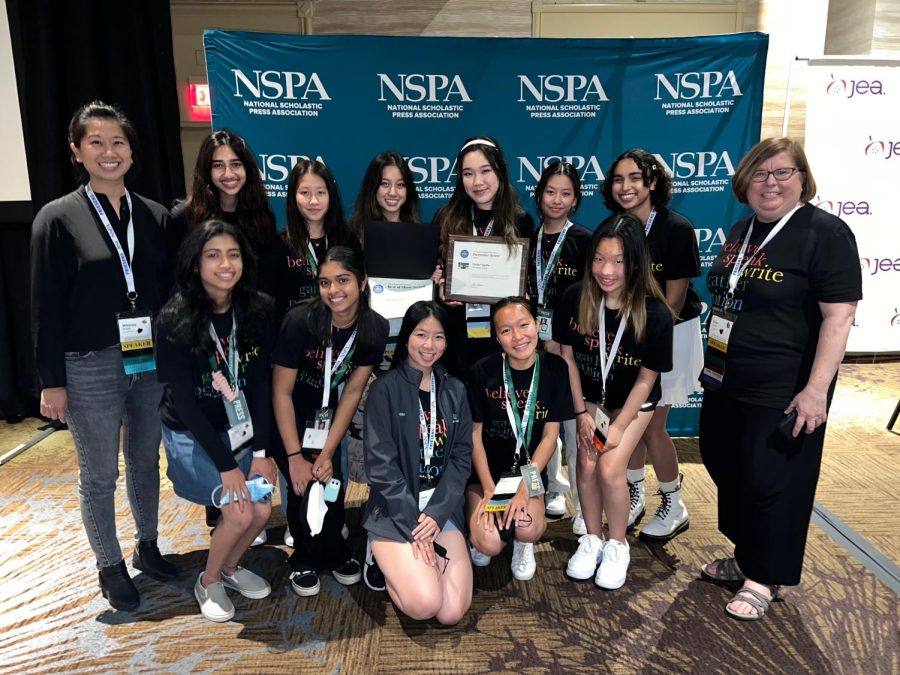 “We worked really hard, and it’s especially important because we [were] being awarded in the year of COVID, when we did our book entirely online,” TALON co-editor-in-chief Anika Mani (12) said. “We had to work extra hard for that, so it’s really special and means a lot to us.”

Publications competing in the Pacemaker and Best of Show contests are judged by two teams of three journalism professionals and advisers based on qualities such as coverage and creativity. Harker Aquila and TALON had been selected as Pacemaker finalists in their respective categories in the fall.

“Our biggest student award is the Pacemaker,” Executive Director of NSPA Laura Widmer said. “We consider that the ‘Pulitzer of scholastic journalism.’ [The Pacemaker] really reflects the top 1% of all publications in the country, and that is the one that we are so proud to present to students.”

In addition to an awards ceremony, the convention, which was held at the Westin Bonaventure Hotel, had about two hundred workshops offered to students and advisers. These sessions focused on helping improve individual writing, photography and design skills and building staff reliability and confidence. NSPA hopes that the variety of workshops and events such as the Quiz Bowl tournament can provide student news publications with more support and knowledge as they return back to their schools.

“We want students to have the best experience with the convention, with sessions with learning opportunities and celebrating with the award ceremony,” Widmer said. “We are so proud of students and advisers who make storytelling really last forever and to be such a great service to their readers.”