Humans of Harker: The spirit of volunteering 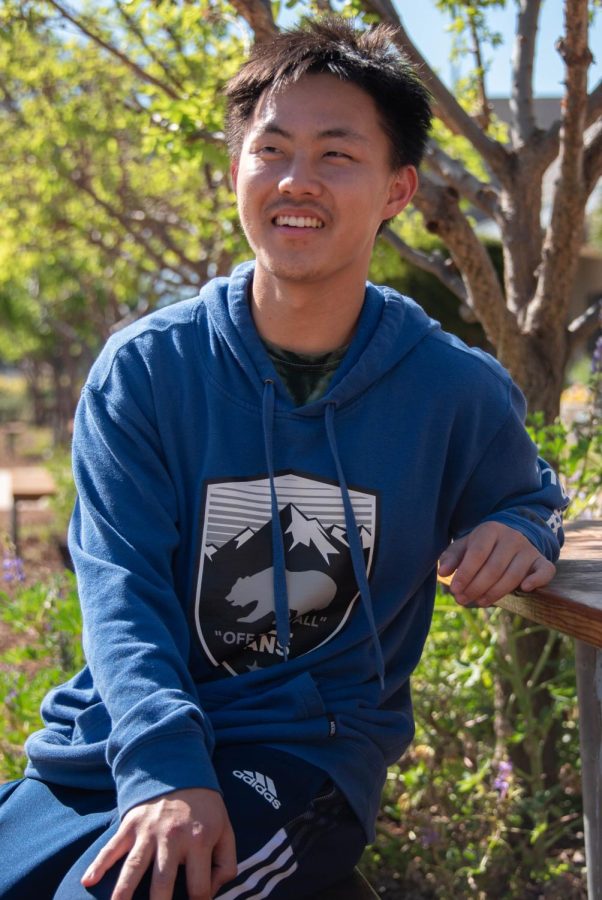 “[I discovered] how accessible it is to make a difference because before I did [Public Health Club], I hadn't really taken on a lot of leadership positions, and I didn't know how it would turn out. Taking that leap and starting the club, the dots were able to connect, I was able to meet a lot of people who had a lot of talents. We were able to pool our talents together and in a way that created something really productive," Kevin Wang (12) said.

As Kevin Wang (12) describes a visit to a nursing home with Harker’s Public Health Club, he smiles as he recalls listening to the seniors’ stories of their childhoods and pasts. In particular, Kevin remembers singing “Hallelujah” with one of the residents, Daphne. For Kevin, these little human-to-human experiences perfectly embody the spirit of volunteering.

When the pandemic hit in Kevin’s tenth grade, he decided to found Public Health Club to address issues like misinformation while also organizing volunteer efforts at nursing homes. Kevin aimed to increase social activism in the community and make a positive impact.

“What I enjoyed most is interactions with people, so I was able to meet a lot of new people, both upperclassmen and underclassmen, through the club,” Kevin said. “My favorite parts were the close relationships with the senior residents because they’re always really glad to see us when we come.”

Through the club, Kevin organized a fundraiser for nursing homes that raised over $3000. The club also hosted a Luau party, a Hawaiian style celebration, where seniors and their families ate dishes such as pulled pork and danced together. In addition, they created engaging activities and workshops for the senior residents in order to lift their spirits.

Kevin overcame multiple obstacles in starting the Public Health Club during quarantine and organizing events throughout the year.

“Last year all the clubs we were doing were all remote so that would be a challenge with coordinating everybody [and] organizing our activities,” Kevin said. “Fundraising was more of a challenge due to the remote setting. But I think it also worked well because we were able to do performances on Zoom.”

Kevin also embraced the leadership opportunities afforded by Public Health Club. Over the course of the year, Kevin dedicated much of his time and efforts toward coordinating with club members and planning events.

“[I discovered] how accessible it is to make a difference because before I did the club, I hadn’t really taken on a lot of leadership positions, and I didn’t really know how it would turn out,” Kevin said. “Taking that leap and starting the club, the dots were able to connect, I was able to meet a lot of people who had a lot of talents. We were able to pool our talents together and in a way that created something really productive.”

Charles Ding (12), who co-founded Public Health Club with Kevin, described his determination and passion for what he truly believes in. In addition, Charles added how Kevin’s leadership role has pushed him to do new things.

“Kevin’s gotten a lot more vocal about his ideas,” Charles said. “He has so many ideas. By having to constantly articulate them, he’s grown in that he’s been able share these brilliant ideas with other people as well.”

Close friend Alex Hu (12) met Kevin in middle school as they shared classes and, over the years, watched him mature into a better person. He described Kevin as both reliable and a great team leader.

“[Kevin] really takes the initiative, and he’s able to get things done and do amazing things,” Alex said. “He’s a good leader, and he’s a good person to have on a team for any project. He really does work on a team, and he can execute really well.”

Kevin’s thoughtfulness for others applies to other aspects besides volunteering. Modern and Classical Languages Department Chair Abel Olivas, who taught Kevin both last year in Advanced Placement (AP) Spanish as well as this year in a Spanish elective, described Kevin’s generosity and kindness that led to his organizing the class in creating a card.

“When my mother passed away in March of last year, he organized the class in creating a card for me, and they all had little notes of sympathy in Spanish as part of the card, and he found my mom’s picture online, and he put it in the middle of the card,” Olivas said. “And then he compiled all of the comments into this really nice card that he then delivered to me electronically.”

Over the past two years, Olivas witnessed Kevin’s steady growth into a leader of the classroom. Olivas recounted how Kevin would always be an engaged student in class who would give valuable insights and opinions on a wide variety of topics.

“Last year, he would moderate the debates [about Spanish culture and literature],” Olivas said. “That showed that he was also interested in people having the opportunity to share their viewpoints because he made sure that people had their turn to participate in the debates. He was also making sure that the debate moves smoothly, and it was fair, and … everybody was having [an] opportunity to speak.”

Kevin’s many mentors when he was younger inspired him to help his community through tough times. He dedicated his club to serving his community, and through it, he learned the importance of helping the younger members thrive.