Stop excusing the casual use of slurs 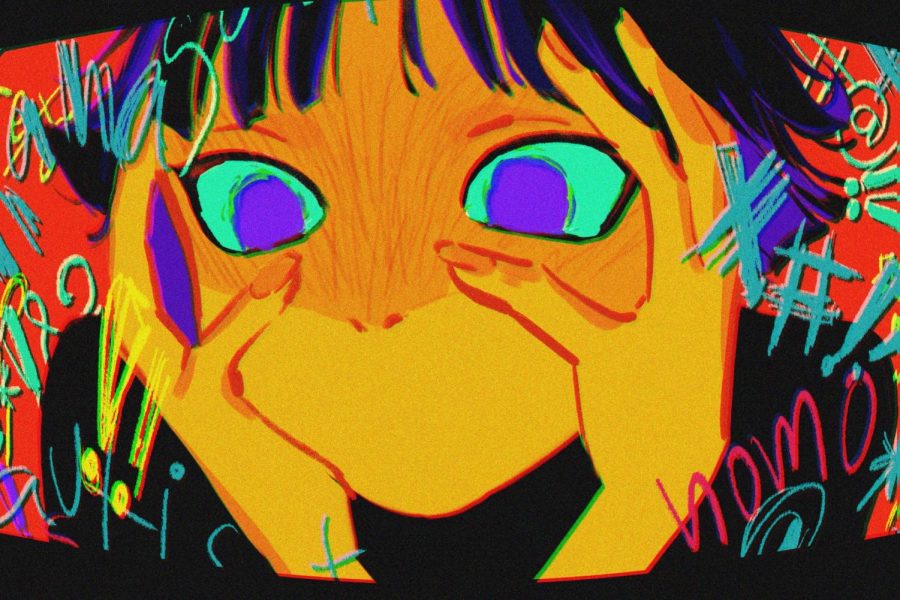 By normalizing these insults and comments and allowing them to circulate, we normalize casual homophobia and ableism and allow the seeds of prejudice to grow in our environment.

Standing in the lunch line outside of Manzanita Hall, I stare intently at my phone, focused on the daily Wordle puzzle. Even though I’m mostly absorbed in thought, I can make out the sound of a senior behind me saying the r-slur. His friend asks him to repeat what he said, and he says the word again, this time louder. Before I can react or say anything, I’m pushed forward into the chaos of the cafeteria with a stunned look on my face.

This was the first time I had heard someone use a derogatory term so casually and openly at school. Before, I had heard stories of fellow students dropping slurs in group chats. When I would hear students use derogatory language in private settings, I would try to explain to them why it was wrong. The general response is that it’s just slang, or they didn’t mean it as an insult — it has a different definition to them.

Although most students do not use derogatory language like this, pejorative remarks and slurs such as “that’s so gay,” “r*tarded” or “that’s autistic” are still not unheard of among Harker students, whether it’s in online chatrooms or in-person settings.

When I was in middle school, I would overhear boys making snide remarks, calling each other or their video games “gay” or “r*tarded.” Although I wouldn’t use those slurs, I would let them slip by me; I would allow others to make these derogatory comments, becoming compliant in their ignorance. I, too, thought that it was “just slang,” yet I knew that those words didn’t sit right with me. After learning more about the usage of derogatory slang by researching the topic more thoroughly and seeing other peoples’ points of view, I started to actively call people out for using offensive language, but that doesn’t change how long I let people around me spew slurs and potentially harm others without speaking up.

By normalizing these insults and comments and allowing them to circulate, we normalize casual homophobia and ableism and allow the seeds of prejudice to grow in our environment.

Ultimately, whether an individual’s intentions with these words are harmless or not, they reinforce negative stereotypes about marginalized groups. Such slang can be classified as microaggressions, which are comments or actions that act as unintentional discrimination, often targeted towards minority groups. Using derogatory language as slang perpetuates pre-existing prejudices and creates an environment in which people don’t feel comfortable expressing who they are.

Minority groups such as queer and neurodivergent people are often already victims of bullying and harassment, and making microaggressions commonplace only serves to further ostracize and marginalize people. According to the Special Olympics, an organization dedicated to giving athletes with intellectual disabilities competition and training experience, seven out of 10 social media posts about neurodivergent individuals are negative in nature, and six out of 10 contain a slur. Even in our home state of California, 64% of LGBTQ+ identifying students were verbally harassed; 89% commonly heard “gay” being used in a pejorative manner.

Additionally, these slurs leave a negative impact on people who are part of these marginalized communities even if the person using the language believes that their words mean nothing or are only slang. 84% of gay students say that they feel distressed when their classmates use “gay” as an insult according to Stonewall, an advocate for LGBTQ+ acceptance.

Some believe that using slurs in a context unrelated to their original meaning takes away the harm and hurt. However, those words still carry that derogatory definition with them even in another context and can lead to feelings of isolation and pain.

Attributing these terms to negative definitions, once again, only harms people who are already mistreated by society. These connotations stick with the word, whether it’s used in different ways or not, and they especially stick to people who are queer and closeted, are still exploring their identities or mask their neurodivergence well.

As Harker students, we all have the vocabulary to express our emotions in a manner that does not insult already marginalized groups. As Harker students, our mission is to “foster kindness, respect, and integrity within a safe and nurturing environment.” Throwing around derogatory insults and microaggressions under the guise of casual slang undermines that goal, and we should hold each other accountable to strive for an accepting environment. Everyone can flourish and thrive when they feel comfortable in their identities, and by understanding why and how our words can affect others, we better each other as a result.