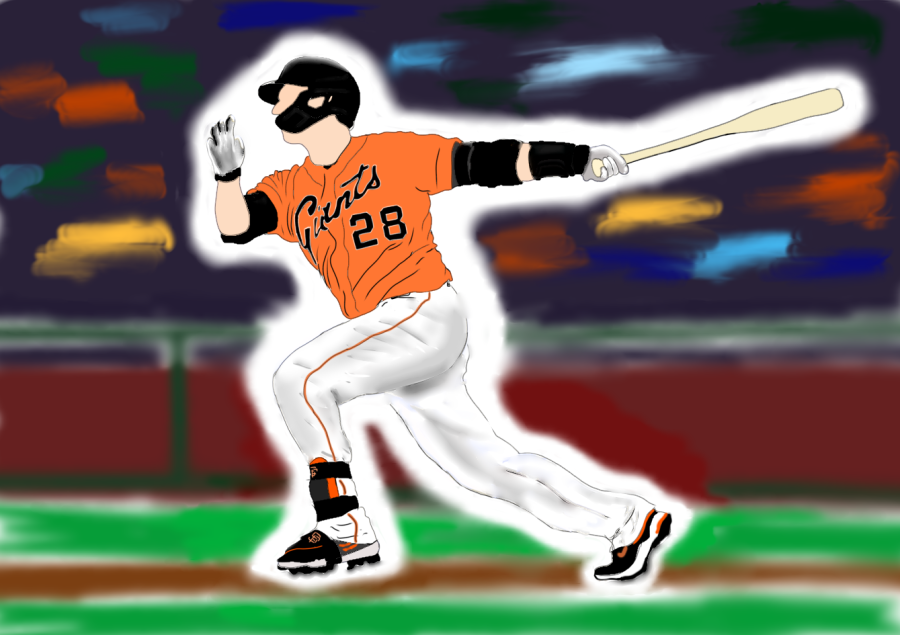 From his years as a promising rookie to recent ones as a seasoned veteran, Buster Posey was the heart and soul of the Giants. Since the start of his career in 2009, Posey played 1093 games as a catcher, one of the hardest defensive positions in baseball, and was also a very offensive player, hitting a batting average of .302.

The 2021 Major League Baseball season concluded with the Atlanta Braves winning the World Series over the Houston Astros on Nov. 2. For Giants fans, the offseason ahead offered a welcome respite from the roller coaster of a season that we recently endured, which included a record-breaking regular season record of 107-55, a National League West Division title and a horrific loss to the Dodgers that cut our playoff run short. We could finally release our breaths, turn our attention to football or basketball, until the start of the next season in April 2022.

But we were soon collectively thrust into chaos. Only a day later, as I scrolled through social media, a headline caught my eye. I stopped abruptly and reread the words, doubting their credibility despite their presence before my eyes. My shock turned into dread as I clicked on the words blazoned across the screen, words that were so blunt yet piercing, words that should not — no, could not — be true. And despite my stubborn skepticism, my heart dropped with thousands of other fans around the Bay Area. Giants insider Alex Pavlovic tweeted that Buster Posey planned to announce his retirement two days after the end of the World Series.

Since the start of his career in 2009, Posey played 1093 games as a catcher, one of the hardest defensive positions to play in baseball. He was also a reliable offensive player, hitting a batting average of .302. Anything above .300 is considered excellent in the league, and Posey’s strong performance as a catcher made it even more so. To top it all off, he stood behind the plate across from Matt Cain in 2012 to catch the only perfect game in Giants history.

These numbers alone do not do justice to his impact on the city. You often hear about Tim Lincecum, Matt Cain and Madison Bumgarner — three Bay Area household names of pitchers who shaped the legendary championship seasons in 2010, 2012 and 2014. As aces and relievers alike rotated year after year, Posey remained behind home plate while hundreds of fans donned his jersey at every single game, forming seas of the number 28 in the stands. Old players’ names faded from memory, and new players’ names remained trivial, but everyone knew the name Buster Posey. From his years as a promising rookie to recent ones as a seasoned veteran, he was the heart, soul and backbone of the Giants.

Which is why we panicked when we heard the news. We expected Buster, at age 34, to extend his contract and play for three or four more years, at least. Frankly, we had never imagined a team without the player who had always been there.

In our search for an explanation, old hints reemerged, all of which pointed towards an imminent conclusion. Twelve years in the Major League veers towards the short side, but catching requires the most physical endurance out of all baseball positions, and Posey had several severe injuries along the way. He had also opted out of playing in the shortened 2020 season to spend time with his family, particularly his newly adopted twin girls. In other words, Posey considered retirement for a while. We simply were not ready.

He held the press conference, with his wife right beside him, in the afternoon of Nov. 3, formally announcing his departure from San Francisco.

“I want to be able to do more stuff from February to November with my family,” Posey said at the press conference, confirming our guesses. “Physically, it’s much harder now, and to be honest it’s hard to enjoy it as much when there’s the physical pain that you’re dealing with on a daily basis.”

For some of us, he was the revival of the Giants. For others, he was the catcher of our childhoods. Together, we witnessed a once-in-a-century player in action. As he stepped away from the microphone, an era of the Giants — over a decade of splash home runs, champagne victories and Buster hugs — came to an end.

Now, the debates begin: will Posey be inducted into the Hall of Fame on the first ballot? Will he return to the Giants, or baseball, in some vicinity? I truly hope that the answers are yes and yes. Regardless of when he makes it to Cooperstown, his infectious dedication and ever-present leadership on and off the field makes him the epitome of a forever Giant.

In the meantime, let’s get started on building his statue.