Veterans Day celebrates those who served across the country 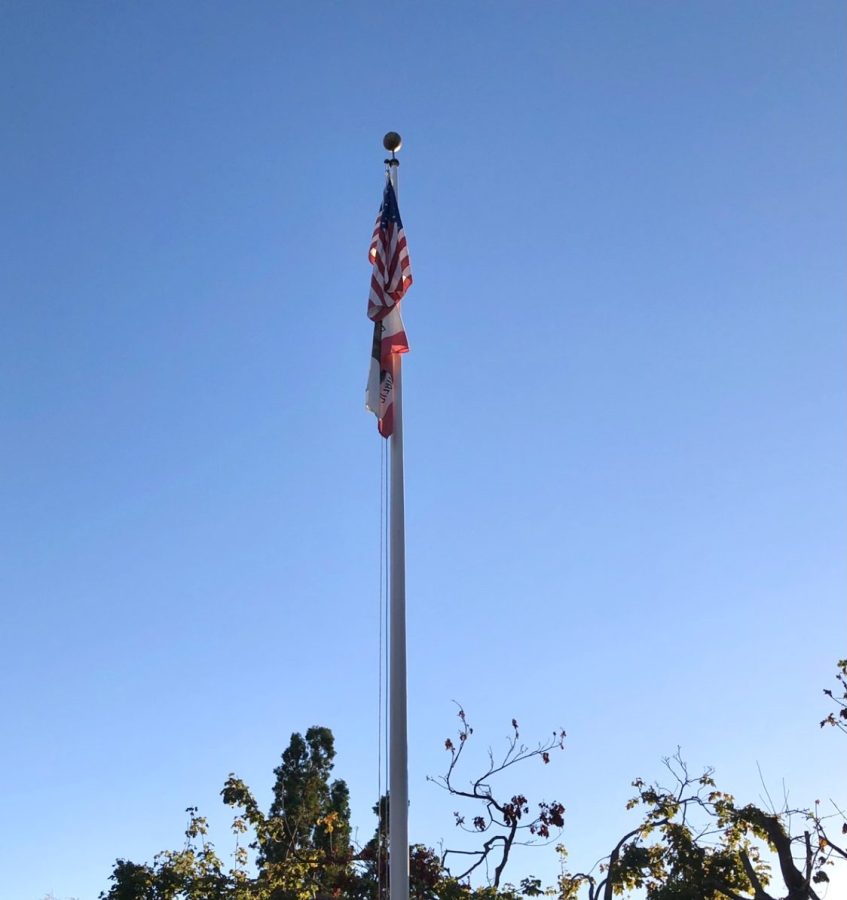 The American and California flag fly at full-staff in the quad. Veterans Day, a federal holiday observed today, honors everyone who has served in the U.S. military through a variety of homages across the country.

The nation honored those who have served in the U.S. military through a variety of homages across the country today for Veterans Day.

Originally called Armistice Day, President Woodrow Wilson first observed this holiday on Nov. 11, 1919, to celebrate the one-year anniversary of the end of World War I. In 1938, Veterans Day became a nationally observed holiday in order to commemorate veterans from all wars, both living and dead.

In addition to public schools and workplaces closing to honor this holiday, ceremonies such as parades take place throughout the country to show respect towards U.S. veterans. San Jose’s Veterans Day parade in downtown San Jose returned this year, featuring members of the military, marching bands and politicians.

The Arlington National Cemetery holds an annual service, which consists of an individual — usually appointed by the president — laying a wreath on the Tomb of the Unknown Soldier. This year, President Biden himself participated in the ceremony by laying the wreath, marking the 100th anniversary of the Tomb of the Unknown Soldier and also the first Veterans Day in 20 years in which the U.S. has not been at war.

In addition to the national tributes, Veterans Day is also honored internationally; Great Britain and Canada hold remembrance days in November to commemorate the veterans of World War I and World War II.