Meet your teacher: Business teacher navigates the ins and outs of content creation 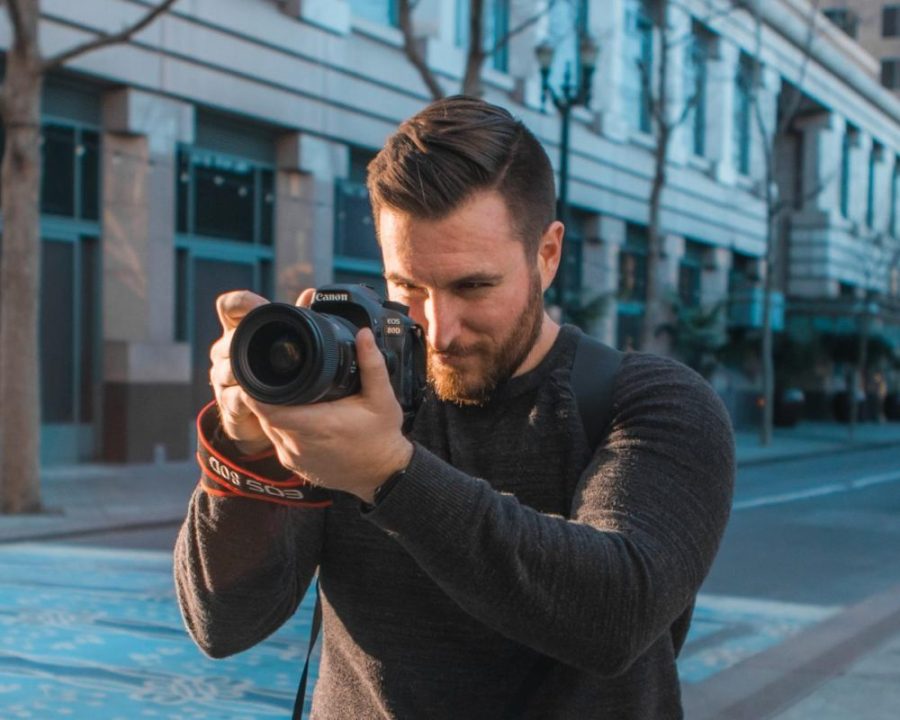 Upper school Principles of Business teacher Patrick Kelly is the creator of Corporis, a Youtube channel that supplies educational science-related content. Kelly first founded Corporis in 2017 and is also a contributor to SciShow, a subsidiary of internet phenomenon Hank Green's CrashCourse.

by Tiffany Chang and Shinjan Ghosh

CrashCourse, with over 12 million subscribers and 1.5 billion total views, is well-known and well-loved by the student community. Whether you’re cramming for an AP exam or interested in learning about an obscure concept that may not be taught in your school curriculum, CrashCourse might just be the resource for you. Its videos have served users from all over the world as a rigorously fact-checked source that presents diverse content to users in an engaging and easily digestible format.

Despite its widespread use, few consider the efforts that go into creating these 10-minute videos—efforts that upper school business teacher Patrick Kelly contributes to.

Kelly first took interest in creating educational content for his personal YouTube channel, Corporis, in 2017. When he started his channel, he focused on making videos about general science to supplement the lessons he taught his middle school students. However, he soon found that transitioning to the topics he had studied in more depth allowed his content to perform better on social media.

“My background is in biology, specifically the human body,” Kelly said. “Once I really hammered into the things I know well, that’s when the business took off to be more sustainable. That’s also when the pandemic struck, and when educational videos and remote education became a really big deal.”

For Kelly, creating supplemental videos for his classes opened up all sorts of avenues, such as working for SciShow, a subsidiary of CrashCourse created by author and CrashCourse co-founder Hank Green. This year, he also began working for CrashCourse itself, culling information and writing scripts for videos. Throughout the pandemic, Kelly was able to explore current events, such as the science behind mRNA vaccines and the challenges of vaccine distribution, in great depth by creating content for the wide audience of these channels.

“I’m genuinely curious about how health and medicine work, getting to read primary documents [for] what goes into a vaccine or how public health responses work,” Kelly said. “Getting to educate myself about the world and present it to other people who are curious is the best feeling.”

As he transitioned from teaching Biology in the classroom to content creation, Kelly found that one of the biggest changes was catering his teaching strategies to his audience. In a typical school setting, he had multiple full-length periods per week to present information to his students; for Youtube, he needed to condense the material into shorter lessons to keep his audience engaged.

“That’s always a fun challenge to take on, to see how you can teach the same concepts while still being concise to take advantage of those shorter attention spans,” Kelly said. “The way we communicate information is a changing landscape. One of the things we try to do when communicating on the internet is to give people enough context without going deep into overly technical jargon.”

Creating online content also provided Kelly with valuable insight into the world of business. Though often overlooked as more of a hobby, his videos are a product at their core, one that must be budgeted for, marketed and sold just like any other product.

“While content creation has a reputation of people alone in their basement making videos, it is a business — dealing with real money coming in and real expenses going out,” Kelly said.

Now, Kelly teaches Principles of Business at Harker alongside creating content. His diverse experiences with science, business and media allow him to adapt his teaching methods to better connect with students. Sophia Liu (10), who takes Kelly’s Principles of Business class, has found that his extensive experience with different formats of teaching has helped him understand the needs of his students.
“Mr. Kelly is a really good teacher,” Sophia said. “He is always making sure that we actually learn the material. He re-did a lesson on supply and demand once because he thought that he didn’t teach it well enough, and we were able to absorb the material better that way.”

Upper school biology teacher Eric Johnson, who met Kelly this past summer when they both joined Harker, has observed Kelly’s unique energy firsthand.

“Mr. Kelly is a TikToker come to life,” Johnson said. “If you’ve ever talked to him, it feels like you’re talking to an encyclopedia come to life. He’s very smart, very well-versed in how to talk about complicated things, and he presents it in a way that’s really engaging for students.”

Johnson had previously used Kelly’s videos in class without knowing the face behind the business — meeting Kelly and making that connection was a surreal experience for them. Since meeting, Johnson has engaged in several conversations over “nerdy things” with Kelly and finds discussing science with someone who also works as a content creator particularly enjoyable. They encourage everyone to approach Kelly and witness him spit out knowledge as Hank Green would in his TikTok videos.