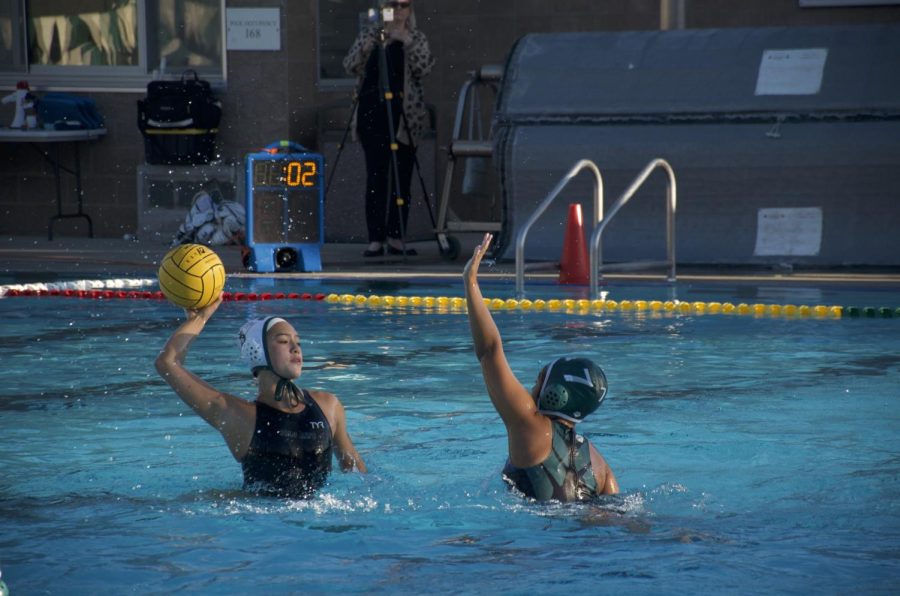 The Eagles scored five goals in the first quarter and were up 9-0 by halftime. Palo Alto scored their only goal in the fourth quarter with less than three minutes on the clock. The Eagles’ offense started off strong and remained dominant throughout the match, finishing the game with a ten-point lead.

“Harker came out and dominated early,” Adler said. “They took it right to [Palo Alto and put] them on their heels and that was that. [Palo Alto] could never recover.”

Harker previously played Palo Alto on Sept. 23 and won 10-9. Varsity girls water polo coach Cristian Tanase notes the improvement he has observed in his team since the last game.

“We played Palo Alto three weeks ago and they were beating us 7-2 at halftime, and we came back and were able to win in the final quarter,” Tanase said. “This was our second game facing them, so we were ready for that challenge and I think our start was very important.”

The Eagles also acknowledged their improvement and were overjoyed with the victory.

“We played really well,” team member Summer Adler (9) said. “Last game, we were losing by five [points] and then we came back, so I’m really glad that we came out very strong this time.”

The team will play at Homestead High School this Tuesday at 6:45 p.m. and against Los Altos High School at home on Thursday at 4:30 p.m.