A series for the ages: Giants and Dodgers face off in National League Division Series 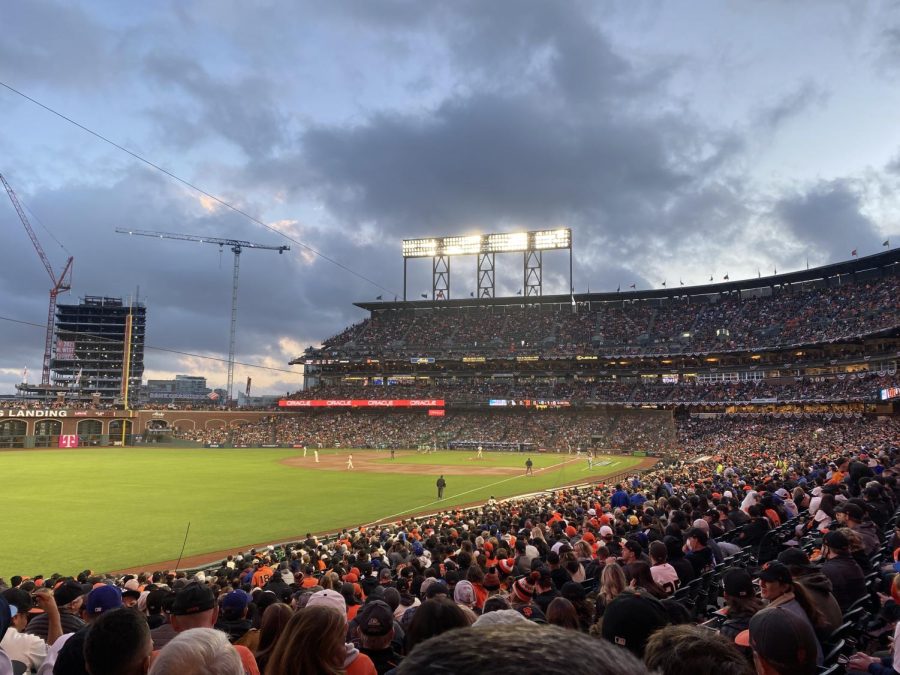 Game 1 of the National League Division Series (NLDS) between the San Francisco Giants and Los Angeles Dodgers was held at Oracle Park. The Giants won 4-0.

Here we are. Game 5 of the 2021 National League Division Series (NLDS) begins tonight and with it comes the fall of one of the top two teams in baseball this year: the San Francisco Giants, the Major League Baseball (MLB) leader in wins this season with 107, or their division rival, the Los Angeles Dodgers, who won just one less at 106 games.

This rivalry began on the other side of the country, when both teams were based in New York City but transferred over to the West Coast after the two teams moved to California following  the 1957 season. Success has filled both clubhouses, and in the past decade, the teams have made it to the World Series three times each, with the Giants winning it all in 2010, 2012 and 2014 and the Dodgers doing so once in 2020.

After a shortened 2020 season due to the pandemic, baseball returned to full force with crowds cheering on the 30 teams in the league. The Giants, expected to rebuild after missing out on the playoffs by one game last season, shot past preseason expectations, becoming the first MLB team to reach 100 wins, as well as being the first team to clinch a postseason spot.

In a season defying expectations, the Giants battled with the Dodgers for first place in the division, trading leads throughout the season. After winning the season series against the Dodgers 10 games to nine, the Giants maintained their one-game division lead into the final day, where they won to secure the division title, inching past their rivals and avoiding the toss-up, winner-take-all Wild Card game against the Saint Louis Cardinals.

It was a season defined by consistency for the Giants, who had a .600+ winning percentage in each month of the season, meaning they won more than 3 out of every 5 games. Led by the trio of Buster Posey, Brandon Crawford and Brandon Belt, heroes of past postseasons, the team also found new faces to lead the offense. LaMonte Wade Jr., traded from the Minnesota Twins at the start of the year, batted 0.565 in the ninth inning or later, meaning he got a hit more than once every two at-bats. He received the nickname “Late Night Lamonte” from his teammates for his heroics. The Giants also picked up Kris Bryant during the trade deadline, a World Series star in 2016 for the Chicago Cubs who slotted into both the infield and outfield for the team.

When the stakes are turned up in the postseason, the achievements in the regular season are put aside as the teams prepare to do whatever it takes to win. Each pitch in every at-bat could change the entire game or even series, and after the Dodgers victory in the Wild Card, the stage was set for a showdown of the century. In the history of the rivalry, the teams have never met in the postseason, and their first meeting could not have come at a more appropriate time: the MLB has never had a series between two teams that have won 105 or more games each.

In Game 1 at Oracle Park, the Giants started their new ace, young right-hander Logan Webb, against Walker Buehler, two-time All-Star for LA. The San Francisco offense jumped to a 2-0 lead in the first inning off of Buster Posey’s two-run home run into McCovey Cove, an inlet of water on the other side of the right field wall, and Webb kept that early lead all night, going 7.2 innings with 10 strikeouts. Kris Bryant and Brandon Crawford added solo home runs that padded the lead, and the Giants took the first game of the series 4-0.

Several Giants fans on campus attended the game, and Shrey Khater (12), who did so, said, “the atmosphere [at Game 1] was very crazy. I could tell it was one of the most excited atmospheres I’ve ever been to. The crowd was going crazy during the game, and everyone was chanting ‘Beat LA!'”

The Dodgers answered in Game 2 with lefty pitcher Julio Urías, who hit a run-scoring single in the second inning while giving up only one run. They held onto their lead, breaking the game open with a four run sixth inning and winning 9-2.

With the series headed to Dodgers Stadium for Game 3, the Giants turned to Alex Wood, former World Series winner with the Dodgers in 2020, to right the ship. The Giants were 12-1 in the regular season with Wood starting after a loss, and he delivered again in a pitcher’s duel against Dodgers ace Max Scherzer, who joined the team after a blockbuster trade with the Washington Nationals sent him and middle infielder Trea Turner to Los Angeles. Evan Longoria, Giants third baseman, hit a solo homerun in the fifth inning that proved enough to be the difference, and the Giants defense made play after play behind their pitching to secure the 1-0 win.

Facing elimination in Game 4, the Dodgers started Buehler on three days’ rest, the first time he has done so in his career, and their offense kept the pressure on the whole game, putting men on in seven out of the eight innings and jumping out to a 4-0 lead. After the Dodgers’ 7-2 victory on Tuesday, the series returns to Oracle Park for the winner-take-all Game 5.

In a series that only seems fair to go the distance with the full five games, the final showdown will be remembered in the record-books, no matter which team wins. The Giants have Webb tabbed to start after his performance in Game 1, and the Dodgers counter with Corey Knebel, who is tabbed as their opener, before giving way to Game 2 starter Urías. It’s all hands on deck for both teams, with everything on the line in the chase for 110 total regular season and postseason wins and a spot in the National League Championship Series (NLCS) against the Atlanta Braves. First pitch is at 6:07 p.m. at Oracle Park. Someone’s going home tonight.