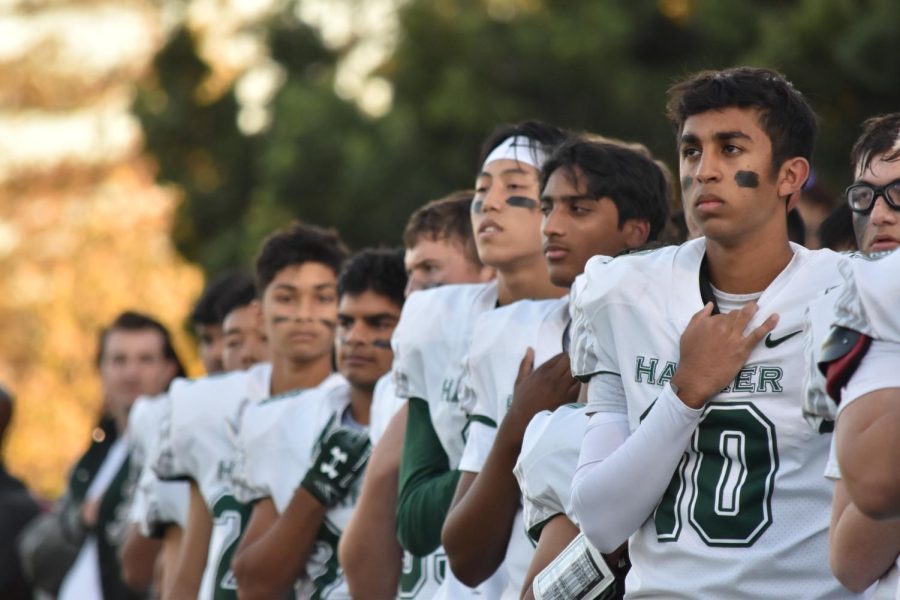 Aaditya Gulati (12) puts his hand on his heart while the all-school choir sings "The Star Spangled Banner." The game began after the anthem with kickoff from Marina.