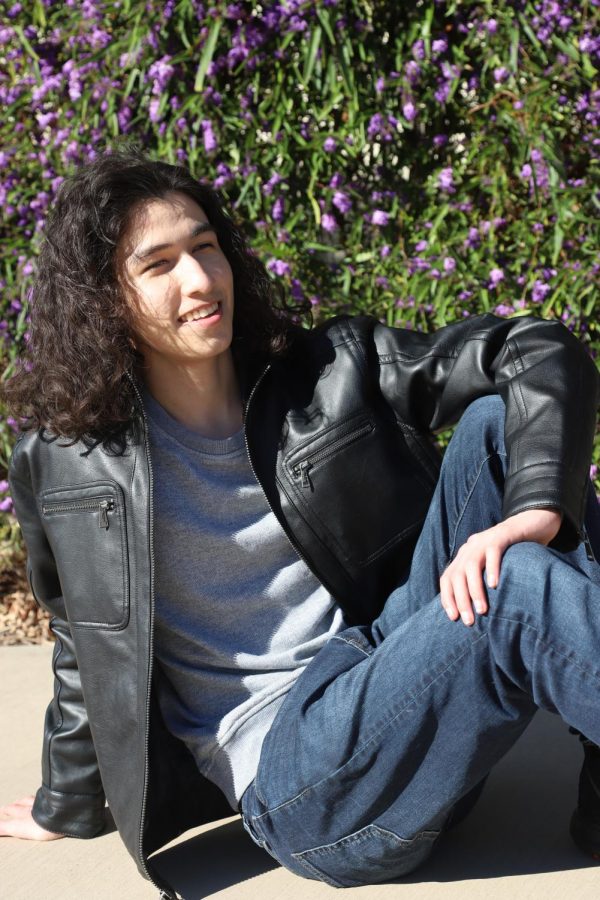 “I always try to do things in a different way. Maybe that’s me trying to be experimental, that experimental side from performing arts where you play with different things, find out what’s best. In any sort of situation, I’m always trying to do something unique. During projects and presentations, I always try to be funny and add humor, which helps me stand out in different classes,” Benjamin Soraire ('21) said.

by Saurav Tewari and Nicholas Wei

For many Harker students, drama and theater classes are usually taken to fulfill the performing arts requirements. However, they also prove to be great introductory classes for students with untapped acting potential. For Benjamin Soraire (’21), his sixth grade drama class initially piqued his interest in acting, while his ninth grade drama class set him on the path to acting on the big stage.

Benjamin’s parents played an integral role in his love for performing arts, bringing him to musicals and other performances since he was young. He began participating in performing arts early on as a dancer. Benjamin recalls that he did not initially think acting was for him, as he had stage fright and was content being a dancer. However, upper school theater teacher Jeffrey Draper’s ninth grade performing arts class revealed his acting potential and drove him to pursue acting in his sophomore and junior years.

“I took Study of Theater, and I enjoyed that so much,” Benjamin said. “Mr. Draper is really good, and he really made me enjoy acting even more. And then I decided to get into theater, and I’ve been part of that ever since.”

Despite Benjamin’s increasing interest in acting, he faced multiple challenges as he tried to devote more time to it. He initially had trouble dealing with the loneliness, as the only time Benjamin had his old friends in his theater classes was sixth grade. Many of his friends did not come to his performances due to busy schedules, but his persistence in pursuing performing arts helped Benjamin realize that he was doing performing arts for the right reasons.

Through acting, Benjamin has been able to build his confidence, a quality that close friend Ian Williamson (’21) admires.

“[Benjamin’s] always a very confident person, no matter what he does,” Ian said. “He’s always going into the situation with a winning mentality, whether it’s acting or sports or even tests, he knows he’s going to ace it. His confidence reflects off of people, and you can tell that he’s very strong-willed.”

These challenges overall had a positive impact on Benjamin’s acting career. He was able to harness his struggles into better performances. In the play “Almost Maine,” Benjamin played a character who resonated with him, and he was able to better comprehend the mindset of the character. Benjamin was later congratulated by his peers on an authentic performance and received much more recognition for his showing. Close friend Roberto Salgado (’21) praised Benjamin’s confidence in acting.

Performing arts has also helped Benjamin excel in the world of academics. The freedom to explore and the different approaches to acting helps Benjamin tackle academic problems in unique ways. This has allowed Benjamin to be able to push past barriers and take risks.

“I always try to do things in a different way. Maybe that’s me trying to be experimental, that experimental side from performing arts where you play with different things, find out what’s best,” Benjamin said. “In any sort of situation, I’m always trying to do something unique. During projects and presentations, I always try to be funny and add humor, which helps me stand out in different classes.”

“He doesn’t care what other people think. If he likes something, if he thinks it’s good, he’ll do it,” Roberto said. “[His confidence] has taught me a lot. He shows it in all areas, and I feel it’s an important lesson.”

Throughout the years, Benjamin has grown enormously both as an actor and as a person. His self-confidence has allowed him to successfully conquer many challenges and emerge proudly. This aspect of him has stayed throughout the years, despite other changes.

“Benjamin’s gone through several hairstyles — it changes almost every year,” Ian said. “But despite that, his persona never has. He’s always been a real one, so even though he changes up his hairstyle, he’s never going to change his personality.”