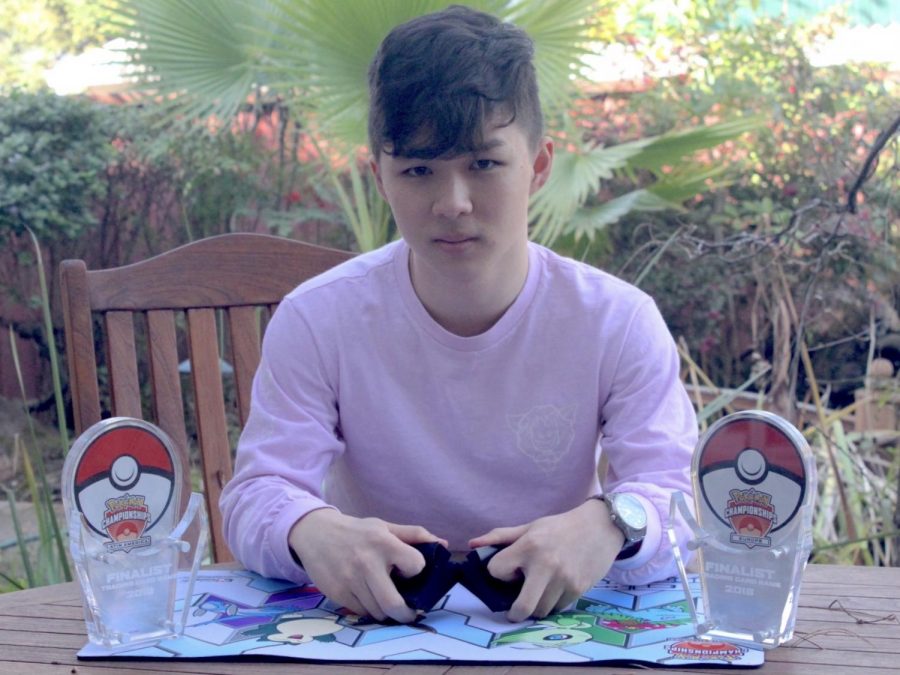 “You can't do [Pokemon] alone. I think of the phrase, ‘You gotta catch them all.’ You can catch them all, but you can't catch them all by yourself. You got to have your friends there to bounce ideas off of, to create new strategies and make it all super enjoyable,” Preston Ellis (12) said.

With many titles and awards in his professional Pokemon card game career, especially astounding for a player so young, Preston seems a natural in this environment — but how did he get to this stage? Let’s go back in time.

Although Preston first started playing Pokemon when he was around 9 years old, he only got into the game seriously in sixth grade. After Preston saw friends playing Pokemon at the lunch tables, they introduced him to the competitive scene with YouTube videos, and soon he entered tournaments.

Through these competitions, Preston has encountered many people along the way. At one of his first tournaments, Preston made a friend who he has been close with for around six years, Jacob Chen.

“[Preston] was playing the cheapest deck you could play at that tournament,” Jacob said. “I couldn’t believe how much better he had gotten in two weeks after he learned that he liked the game. One thing about Preston is that if he picks up something, he can improve at it pretty fast. He will find a passion and grind it out.”

Another close friend who can attest to Preston’s determination and tenacity is Isaiah Bradner, who also met Preston through Pokemon.

In the couple of weeks before tournaments, Preston will meticulously pore over cards not only alone but with his professional team, calling late into the night. Even though Pokemon is a one-on-one game, one reason that professional teams exist is for trying out, or “testing,” cards and strategies with each other.

“[These teams] are supposed to test together, but [often] there’s no trust,” Preston said. “They’ll sometimes be shady with each other and hide certain strategies and not be totally forthcoming. For my team, we’re really close together, and that’s the main thing that makes us good.”

Developing novel strategies is what attracts Preston to Pokemon and card games in general. Backed by his team, Preston chooses to play more creatively and venture past traditional approaches to the game.

“I used to play more conventionally, but when I met my friends, we decided that we wanted to create something new,” he said. “It’s much more fun to make something by yourselves than copy popular strategies. [What I like about games] is thinking of something that no one’s ever thought of. There’s not too much of a barrier to coming up with new ideas — there’s a lot of opportunity to innovate.”

Having played with his team for the past two years, Preston finds it important to have a group of friends for both the tactical and entertaining aspects of collaboration.

“You can’t do [Pokemon] alone,” Preston said. “I think of the phrase, ‘You gotta catch them all.’ You can catch them all, but you can’t catch them all by yourself. You got to have your friends there to bounce ideas off of, to create new strategies and make it all super enjoyable.”

Preston’s dedication to the game also extends to its community, especially youth players like himself. In junior year, Preston worked with his friends to create tierxgaming.com, a card game article platform that allows younger players to contribute.

“There’s a lot of Pokemon article sites that talk about strategy and such, but when I started out, none of them would take any articles from younger writers,” Preston said. “[Tier-X Gaming] gives younger players a chance to share their thoughts and gain more respect in the community.”

Even though Preston only sees himself playing Pokemon until the end of college, his fascination with analyzing body language from playing card games will live on.

“I’m interested in looking into the behavioral aspect of games,” he said. “You can see into the mind of another person without them saying anything.”

Similar to Pokemon, fencing is another strategy-based, individual game that Preston is involved in. Preston likens the sport to “complex rock paper scissors” in trying to predict how your opponent acts. Despite its solo nature, fencing still possesses collaborative elements.

“[In both Pokemon and fencing,] you don’t have to be responsible in a way for your team, you can’t let them down, and they also can’t let you down,” Preston said. “But at the same time, you can still help each other, you can still cooperate and teach each other.”

Whether helping with a Mathematica project for hours or giving honest feedback on an essay, Preston is committed to being present for the people around him and helping them progress.

“[Preston] has this uncanny ability of always being online or available to talk to,” close friend Shray Alag (12) said. “He’s a really approachable and kind person. He always wants to not just help other people but also help them grow and improve.”