The Poet’s Project: “Poetry can show us what is possible” 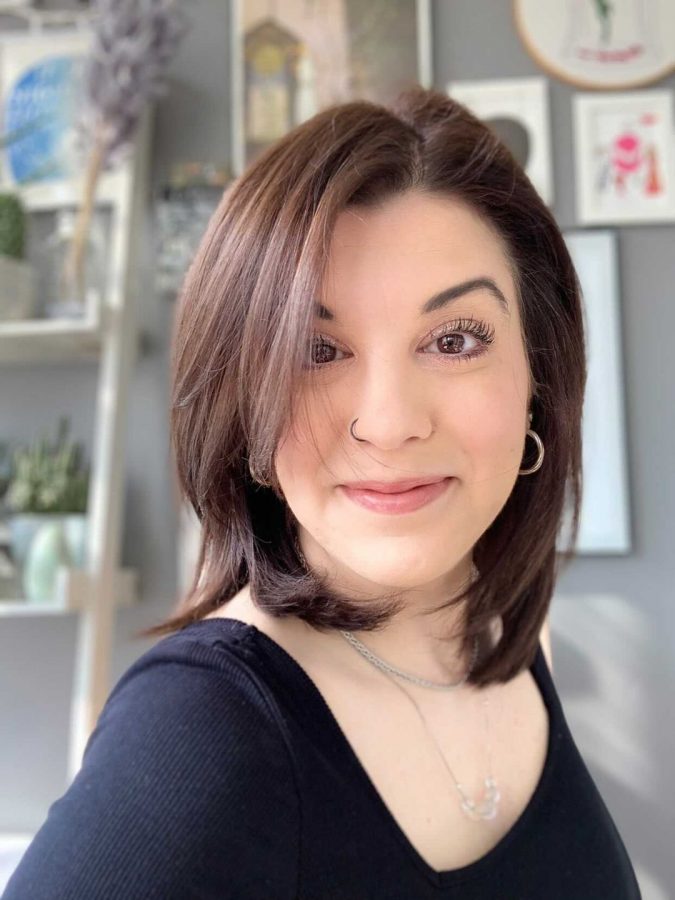 "My biggest tip [for young writers], the thing I would have told myself, is just to be as weird as you are in your writing. Let your images be strange. Pretend you're talking to yourself: give yourself that permission to talk. Be as weird as you are," Benaim said.

Sabrina Benaim is a poet from Canada who believes in the power of words as a source of togetherness, love and solidarity in the face of hardship. From teaching at workshops to posting snippets of small handwritten messages on her Instagram, Benaim creates a space where poetry is more than a scholarly, academic practice—a space where poetry holds beauty and wonder that can be shared, learned and held together.

In addition, Benaim finds poetry to be a space for exploring and confronting difficult topics, such as her own experiences with mental illness. Her most-viewed performance, a spoken-word poem titled “Explaining My Depression To My Mother,” has over 50 million views and brings viewers into territory that is both healing and heartbreaking.

In the video, Benaim articulates her personal experience with depression and the difficulty and hardship associated with helping her mother understand what she is going through. In 2017, she released her best-selling poetry book, “Depression and Other Magic Tricks, which uses poignant language and down-to-earth settings to create spaces for her vulnerability. She is currently writing her second book. More information about her work can be found on her website.

Benaim spoke with Winged Post assistant features editor Sarah Mohammed (10) about her experience becoming a spoken word and performance poet, writing towards catharsis and feeling, and running her new open mic series. The interview has been edited and condensed for clarity.

I started keeping notebooks in ninth or 10th grade. Starting to write, for me, was a mix of having crushes and not knowing who to talk to about it and being very into emo lyrics in high school. I thought, “I want to write like that.” I wanted to speak the language that makes sense to me—a meshing between music lyrics and books.

I wrote in secret for a long time, until I was 23. When I was 23, I was diagnosed with a tumor in my throat the size of a squash ball. My best friend said to me, “Oh, that’s because you swallow everything you ever want to say and you keep all your feelings in. You did that to yourself.” He signed me up for a spoken word workshop, and I went. That’s really where poetry began for me.

My biggest tip [for young writers], the thing I would have told myself, is just to be as weird as you are in your writing. Let your images be strange. Pretend you’re talking to yourself: give yourself that permission to talk. Be as weird as you are.

I don’t really consider a poem done until I’ve said it out loud. The poem has to fit in your mouth. When you’re performing your poem, if it doesn’t come out the way you need it to, then it doesn’t fit in your mouth and it doesn’t work. Now that I know I perform poems all the time, I’m more conscious of writing while knowing the writing will be performed, whereas before I was just scribbling my feelings as fast as I could.

When my poem “Explaining My Depression to My Mother” went viral, it was really scary. Nobody in my regular life knew that I had depression except for my mom, my immediate family. That was the first anyone had heard me even talk about having depression. My own friends saw [the video] and didn’t know that was what I was going through.

The original draft was five minutes long and really different. I was on the Toronto poetry slam team, and I had a coach who told me, “Push it further,” whenever I brought something in. Outside of the creation of it, your work becomes this thing you can play with. It doesn’t have to be laborious.

The first performance of that poem was on the stage, which is why it looks the way it does. I was so nervous. Once you start saying those words, you can’t stop, you have to get it out. It was so cathartic, and it was also like, “I have to do this poem justice.”

It wasn’t hard to share the work but to share such vulnerable work at that stage was, to be honest, a little bit overwhelming for me. I don’t think I was ready to get so lucky for it to get so much attention and to, for a minute, become the poster child of what mental illness looks like or what it’s supposed to feel like.

I thought, “Okay, let’s do an open mic and create a little community.” It’s a pandemic-born open mic, kind of like my little pandemic project. It’s been so lovely. That’s been one blessing of poetry and of sharing my work: the connection I’ve gotten to strangers. I feel a bigger empathy for people than I did before.

It’s nice to give a space that is as vulnerable as the work I put out. People really come with their hearts wide open, and I appreciate it so much. It’s so rewarding and satisfying to leave that space and be like, “Man, poetry is cool. Poetry does cool things for people.”

It was my dream to write a poetry book. Working on “Depression and Other Magic Tricks” felt so dangerous in a way because it felt rebellious of my inherent want to just keep it all to myself. The experience of putting those words and those feelings on the pages was the dangerous thing for me. But once it was a book, it was easy to be like, “Now it’s art, and it’s not mine. Give it away. Please take it.”

I’m really excited about my next collection. It feels like a big sister to “Depression and Other Magic Tricks.” I feel like the person who wrote “Depression and Other Magic Tricks” has grown so much so that’s really exciting just to share that work. We’re at the stage now where I’m seeing preliminary covers. I’m very excited. It’s starting to feel very real.

I think the cool thing about poetry is just that it connects us through a language that we can make up. It’s all these words that are available to us, that we can put together however we want.