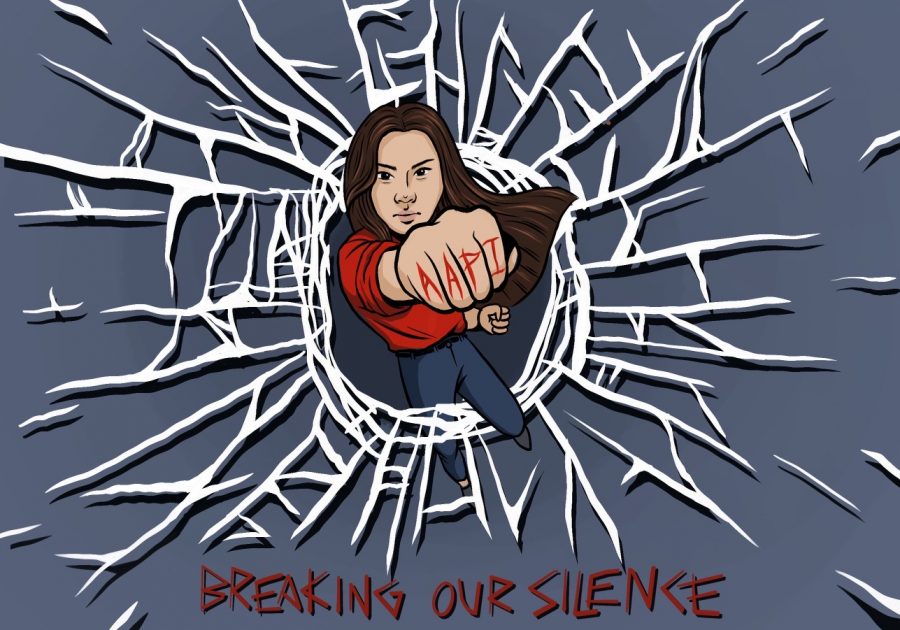 The Atlanta shootings opened a floodgate of fear for Asian Americans around the country and in our school community. We refuse to be reserved about hate crimes against the AAPI community.

In a survey sent out to members of the Harker Journalism news staff, 100% of the 29 respondees indicated that they agreed with the stance of this editorial.

And yet, their names remained unknown for days after the shooting, and most information about the women comes from relatives’ GoFundMe pages and sparse news articles.

Instead, the media delved into the life of the killer who murdered eight people at three massage parlors in Atlanta on March 16, six of whom were Asian women. We knew his church and stories from his childhood before we knew the names of those he killed. Deputy Jay Baker of the Cherokee County Sheriff’s office excused the white gunman, stating that he was “at the end of his rope” after a “bad day.” News outlets took the shooter’s words at face value, magnifying his narrative of “sex addiction” with the power of the press. This fascination with the shooter’s identity disregards the eight families mourning their loved ones and distracts from the deep uncertainty of the Asian American community following the shootings. It humanizes the shooter and dehumanizes the victims.

If we don’t know the stories of those who died, we let them become ‘others,’ eliminating their agency to make the victims unknowable stereotypes: the quiet, submissive and yet sexualized Asian woman.

The shootings in Atlanta reveal a knotted intersection of punishing women for a gunman’s wrongs and the specific experiences of Asian American women. Killing Asian women by reducing them to objects reveals a historical continuity dating back to the beginning of Asian immigration to America.

In 1875 Congress passed the Page Act, strategically barring all Chinese women from immigrating to the United States under the guise of protecting the U.S. from prostitutes. A century later, the Vietnam War led to the American military’s heavy solicitation of sex workers near base camps, further propogating the stereotype of Asian women as exotic, submissive objects to be used for pleasure.

This stereotype found a larger audience on the silver screen, in media such as Stanley Kubrick’s “Full Metal Jacket” (1987), which portrayed Vietnamese women as sex workers speaking broken English, and Miss Saigon (1989), where an American G.I. sexually abuses the Vietnamese female lead.

Women reported around 70% of the 3,795 hate incidents recorded by Stop AAPI Hate, a nonprofit organization that provides a platform for tracking the violence. Over the past year, verbal and physical assaults against Asian Americans, especially the elderly, increased as a result of conflating Asian descent with the COVID-19 pandemic. Terms such as “Chinese virus” or “kung flu” used by figures of authority, including the former president, reignited centuries-long xenophobia against Asians.

We stand in solidarity with our Asian American and Pacific Islander community, who make up over two-thirds of our student body.

Historical policies feed into the portrayal of Asian Americans as the perpetual foreigner, from the Chinese Exclusion Act of 1882, which ended Chinese immigration until World War II, to the 120,000 Japanese Americans sent to internment camps, some of whom permanently lost their property and businesses. In 1982, two white men beat Chinese American Vincent Chin over dissatisfaction with the auto industry. He died on what would have been his wedding day.

However, these acts of discrimination went mostly without reparations until the Civil Liberties Act of 1988. By that time, many sent to the internment camps had died. A judge sent off Chin’s murderers with fines and no jail time, explaining that “these aren’t the kind of men you send to jail.”

The Atlanta shootings opened a floodgate of fear for Asian Americans around the country and in our school community. Our students shoulder the heightened possibility of becoming a victim of these hate crimes. A veil of fear masks mundane tasks, such as walking alone or going to the grocery store. Leaving parents and grandparents unattended in public raises even greater uncertainty.

Being Asian American in America has often meant invisible stories of pain, with experiences amalgamated into a “model minority” stereotype of academic and economic success. However, our experiences encompass the stories of immigrants, including economic struggles and language barriers.

We refuse to be reserved about hate crimes against the AAPI community. Attend #StopAsianHate rallies to advocate for the AAPI community, as members or as allies. If you are Asian American, discuss your safety concerns with parents and trusted adults and share your fears.

We are at the end of our rope.