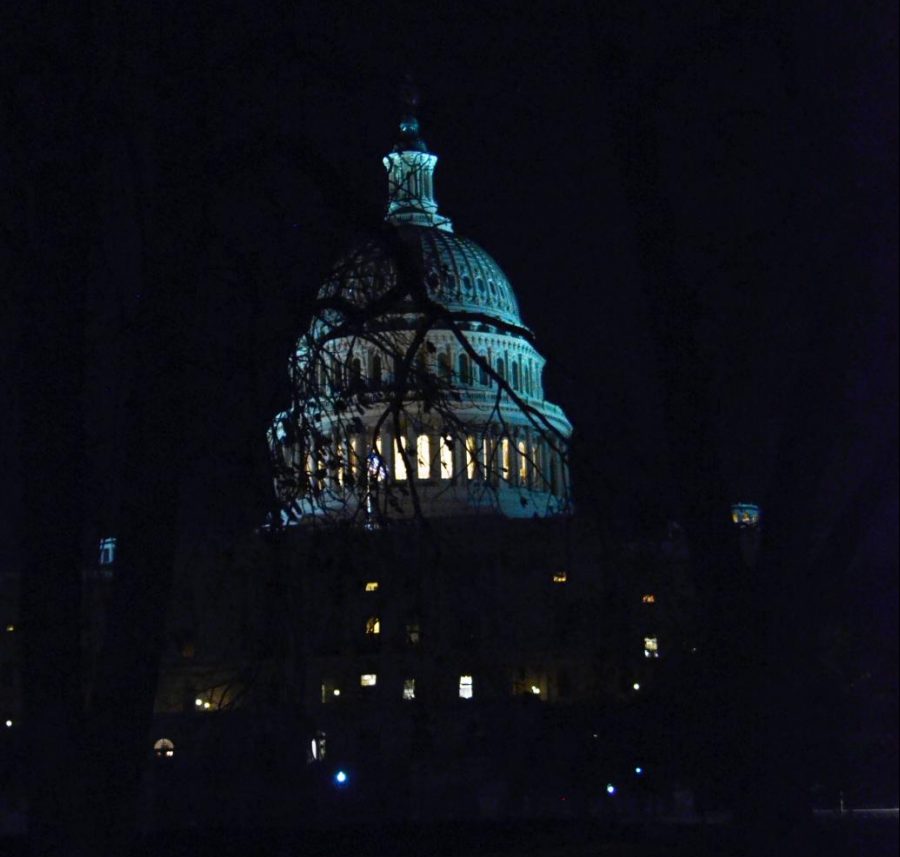 At 12:15 p.m. on Wednesday during the Senate confirmation of election results, a mob of supporters of President Donald Trump broke into the Capitol. Members of Congress who met to count electoral votes in the 2020 presidential elections evacuated and sheltered in place, and the U.S. Capitol Police failed to prevent rioters, some of whom were armed, from storming the building.

With these words, President-elect Joe Biden, in a speech from Delaware on Wednesday, declared democracy under “unprecedented assault.”

At 12:15 p.m. on Wednesday during the Senate confirmation of election results, a mob of supporters of President Donald Trump broke into the Capitol. Members of Congress who met to count electoral votes in the 2020 presidential elections evacuated and sheltered in place, and the U.S. Capitol Police failed to prevent rioters, some of whom were armed, from storming the building. Five died from the attack.

Rioters lounged carelessly in vandalized seats of government. They tore off gilded placards of the names of Congress members and hoisted the broken pieces as bounty. They shattered centuries-old glass windows untouched since British soldiers burned down the building in the War of 1812.

Barely half a year ago, the killing of George Floyd sparked nationwide Black Lives Matter protests, calling for an end to police brutality. Trump’s response was to label peaceful protestors as “thugs,” threatening immediate military intervention from the National Guard. Seven months later, the D.C. National Guard was not mobilized until the Capitol Police lost control of the rioters.

In contrast to the photos of lines upon lines of police forces with shield and baton in hand, tear gassing and slamming people of color to the ground, yesterday’s looting of the Capitol presents a stark contrast.

Rioters wielded batons, strapped on bulletproof vests and shot back pepper spray. As they strolled around the Rotunda, jumping on statues and posing with Confederate flags, barely any police presence appeared in the room and much less intervened.

Trump responded to the sabotage of an established democratic process by tweeting a video before the permanent suspension of his account yesterday, dedicating a mere couple of seconds to asking the rioters to return home followed by a fond, chilling reassurance: “We love you, you’re very special.”

This insurgence was the culmination of four years of inflammatory rhetoric from the president, who threatened the core of our democracy by convincing his followers of the fantasy of a stolen election, but the eight Senate Republicans and 139 House Republicans who voted to overturn election results also lie in the wrong. Not only have elected officials continued to feed the mania that caused Wednesday’s riots, but some have gone as far as to excuse the behavior of the mob, baseless justifications for an act of domestic terrorism.

Although fellow politicians such as Vice President Mike Pence and Senate Majority Leader Mitch McConnell chose to not dispute election results, their decisions only prove the depth of damage inflicted over the past four years.

Our election process is so deeply disrupted that following the Constitution stands out as an abnormality.

Finally, the president conceded defeat on Thursday, delivering only a grudging shred of truth 60 days too late. Too late to prevent an attack on our government, but not too late for accountability. The decision for impeachment or evoking the 25th Amendment lies with federal power, but the potential to stem his falsehoods also lies in our hands.

Listen to the facts. Speak out against misinformation and educate peers and family. The overwhelming whirlwind of the past few days have only shown the length of the road to recovery.

Let’s get to work.