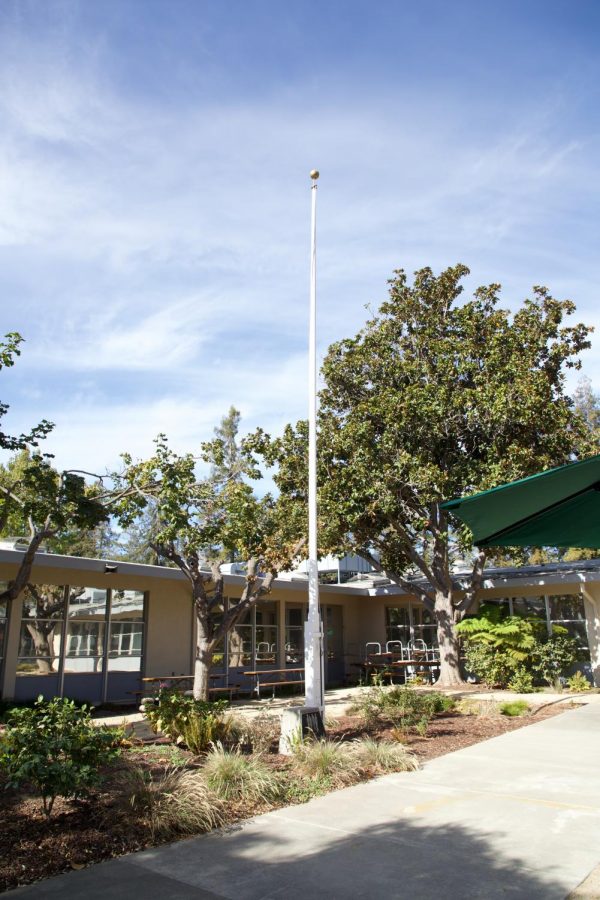 Harker cancelled classes on Nov. 11 to give the community time to honor veterans both in and out of the Harker community.

The upper school did not hold any classes on Nov. 11 to observe Veterans Day, a holiday that honors the service of those who have served in the various branches of the military. Harker has roots in military service, as it was originally merged with the Palo Alto Military Academy. We thank current Harker faculty who have served and share their stories below.

Upper school mathematics teacher Bradley Stoll boarded an airplane for the first time when he was 17 to attend Boot Camp, more commonly known as United States Army Basic Training. When he arrived, he had to shave his head — and he was not given a hat. His first memory of Boot Camp was the way his scalp blistered under Missouri’s summer heat.

Stoll served as part of the army reserve for one year and was on active duty in the navy for six years. He also attended Boot Camp twice. He joined the military because there weren’t many options available to him out of high school, and he was not ready to attend college at the time.

“It’s a nice feeling to know that you’re giving back a little bit to the country that’s giving you so much, even though that wasn’t really the reason I went in, ” Stoll said.

Having served right after he had finished high school, Stoll feels that serving has impacted him in that he was able to learn insights from the diverse group of people around him that he could not learn in his small, primarily white hometown.

“I learned to get along with all sorts of people: when you live in close quarters you don’t have much of a choice. I learned to respect people, their differences, and my differences,” Stoll said.

Upper school math department chair Anthony Silk looks back fondly at pictures of him wearing his dark blue navy uniform. He remembers the pride he felt while putting on the uniform, how it made him feel like he was part of something bigger: part of a group upholding truth and freedom.

Silk served in the navy after finishing college. He was initially an electronic countermeasure officer, and he went on to study at the navy’s test pilot school. He was on active duty for 10 years in the navy and joined the navy reserves for 12 years before retiring in the rank of a commander.

He acknowledges the inherent risk that comes with serving in the navy, but he especially feels that it is important to recognize the people who have gone beyond what was expected of them in order to serve their country.

“On Veterans Day, I really think about other people that have served who have really pushed themselves even harder than I think that I ever did,” Silk said. “[I think about] people who are going behind enemy lines, and people who are doing truly dangerous [work] where every mission has huge amounts of risk to it.”

Upper school history teacher Karen Haley remembers waking up to hear chanting from the Reserve Officer Training Corps (ROTC) complex situated near her college dorm. The trainees would wake up at 4:30 am, and Haley could hear the noise from her dorm room, the sound of running in boots and heavy gear, the sound of climbing walls. She remembers asking herself, “Why aren’t we [women] represented in this particular area?”

Haley completed the ROTC program in college and went on to serve in the army for seven years, ending her career as a captain. She left the army to get married and have children.

“I do think that [military service] helped shape so much of my early adulthood, because I had to focus on discipline, dedication, fitness, and following the chain of command,” Haley said. “And you don’t necessarily get to experience all of that, if you graduate and then go into the civilian world.”

Upper school history teacher Clifford Hull’s experience with military service is generational. Although he performed military service under duress, his father volunteered to fight for the Allied troops in North Africa. When Clifford Hull’s father passed away from complications caused by the wounds he received at the Battle of Gazala, Hull held him in memory as his hero. In his mind, his father died fighting against the Axis powers and helped to stop the onslaught of Nazism and Fascism.

“Veterans Day, to me, is a day for all of us to reflect on the hardships and sacrifices that not only the members of the armed forces have to endure, but also their families and relatives,” Hull said. “It is fitting for each and every person in our community to show military service members respect and gratitude for what they have done.”