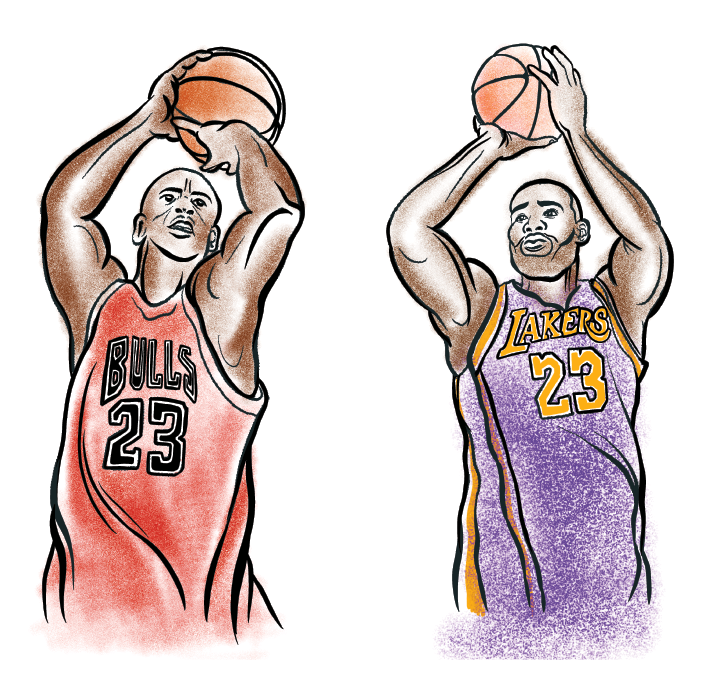 Michael Jordan has long held the title of the greatest basketball player of all time (GOAT), with a slight edge over LeBron James, but does LeBron's 4th championship change the debate at all? SportsMan Kushal gives his take.

Regardless of which generation a person is from, regardless of whether they are a basketball, much less, a sports fan, ask anybody who Michael Jordan or LeBron James are, and they certainly won’t hesitate to tell you that they are two of the greatest basketball players the world has ever seen.

But change that question from “who are MJ and LeBron” to “who’s the better player” –– that is an entirely different story. Obviously, MJ and LeBron are two NBA players for the ages, but there can only be one greatest player of all time (GOAT).

Now before I get ahead of myself and name who I think is the GOAT, let me slow it down a bit and first dissect some of the most significant metrics that solidify a player as the basketball GOAT. Ready? Let’s dive right in.

So first up, we have the championship rings comparison. On one hand, we have Michael Jordan who went 6-0, going undefeated during all 6 of his NBA Finals appearances. Meanwhile, on the other hand, LeBron James has gone 4-6 of his Finals appearances.

Now at first glance, MJ easily takes the crown on this metric, but I just think we wouldn’t be doing LeBron justice if we failed to take note of two facts. First, LeBron has not only made the Finals four more times than Jordan, but also he’s gotten to the Finals on 3 different teams and he hasn’t shown any signs of slowing down. Secondly, LeBron went up against arguably the greatest team of all time in the Golden State Warriors (led by Klay Thompson, Stephen Curry, Draymond Green, and Kevin Durant!) from 2015-2018, which accounted for 3 of his Finals losses. Even better for him, don’t forget how LeBron came back from down 3-1 to steal the championship from the historic Dubs team that broke the record for most wins in a season.

The next metric that I think is important in comparing the two generational talents is the longevity of their careers –– Michael Jordan played for fifteen seasons total, while LeBron James just finished his seventeenth season. But again, I’d be remiss if I didn’t clarify something: when MJ came out of retirement to play two more seasons –– he was burned out, but prior to his first retirement, MJ had won his sixth championship. Meanwhile, LeBron will be heading into his eighteenth season next year, and still, without a doubt, is in the top 3 of today’s NBA, which brings me to my next point –– the peaks of their careers.

MJ indubitably hit a higher peak than LeBron James. That is a fact and it is impossible to argue against. Doubt it? Maybe MJ’s 1986-87 season average of 37.1 points will make you reconsider. Anyways, what I’m trying to say is MJ dominated the NBA for nearly a decade. But that doesn’t mean LeBron’s some incomparable couch potato either. Yes, it’s true – MJ’s peak was higher than LeBron’s peak, but LeBron is far more consistent than MJ ever was. Just take the number of his Finals appearances – 10 Finals – that’s almost as many years MJ played in his career.

But look, at the end of the day, it’s challenging to normalize their two careers into a single stat that clarifies who the real GOAT is. Just compare their two eras – NBA foul rules, pace, to name a few – these are all things that have changed radically from then to now.

So glean what you will from that. If it isn’t already obvious who I think it’s the GOAT, you haven’t been paying very much attention. Obviously, it’s Stephen Curry. Nah, I’m just messing around. On a more serious note, maybe it’s just because I grew up watching LeBron dominate and I didn’t get a real chance to watch MJ play. Sure, there’s clips of him playing, but it’s just not the same thing, which is why “The King” LeBron James is the GOAT for me.