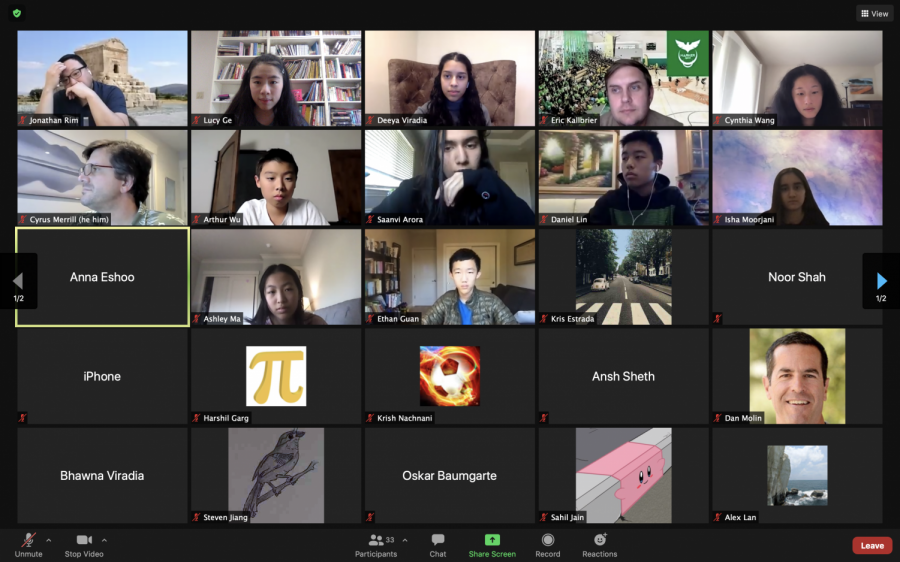 by Isha Moorjani and Lucy Ge

Representative Anna Eshoo (D) of California’s 18th district emphasized the importance of innovation and delivered a message of hope to over 40 Harker faculty and students during Tuesday’s Civic Tech Club speaker event over Zoom.

Eshoo, who spoke about her experience spearheading the Democratic Innovation Agenda, believes in bringing science, technology, engineering and math (STEM) education to students in kindergarten through 12th grade and continuing to reinforce innovation, describing herself as a “longtime supporter” of STEM.

“We have the wherewithal to grow this effort,” Eshoo said. “[STEM] needs to be integrated into the learning in elementary school, so that there is a love of learning, whether it’s science, whether it’s anything that’s related to technology and math, and I’m proud of what I’ve been able to get done.”

Eshoo helped establish the Congressional Science, Technology, Engineering and Math (STEM) Academic Competition, also known as the “Congressional App Challenge.” The contest, which began back in 2014, was designed to engage high school students in STEM, and students can enter for a chance to have their app displayed in the U.S. Capitol Building as well as House.gov.

“One thing that specifically stood out to me was her app challenge,” Civic Tech Club president Deeya Viradia (10) said. “How she’s mobilizing high schoolers to come up with these creative solutions was really interesting.”

Near the end of the speaker event, Eshoo expressed her hopes for the future and her confidence in the younger generation.

“I know this is a tough time,” Eshoo said. “There’s virtual learning, we have to be masked, we can’t come together in groups. But keep the faith. I have such great faith in each one of you.”

“I was really impressed that a group of students [would] have the foresight to start organization like [Civic Tech Club] and reach out to a Congresswoman,” Civic Tech Club faculty advisor Jonathan Rim said.

Middle school history teacher Cyrus Merrill, who attended the event, encouraged many of his middle school students to attend.

“I thought it was interesting,” he said. “She was challenging folks to think about how can you try to merge civics with government.”