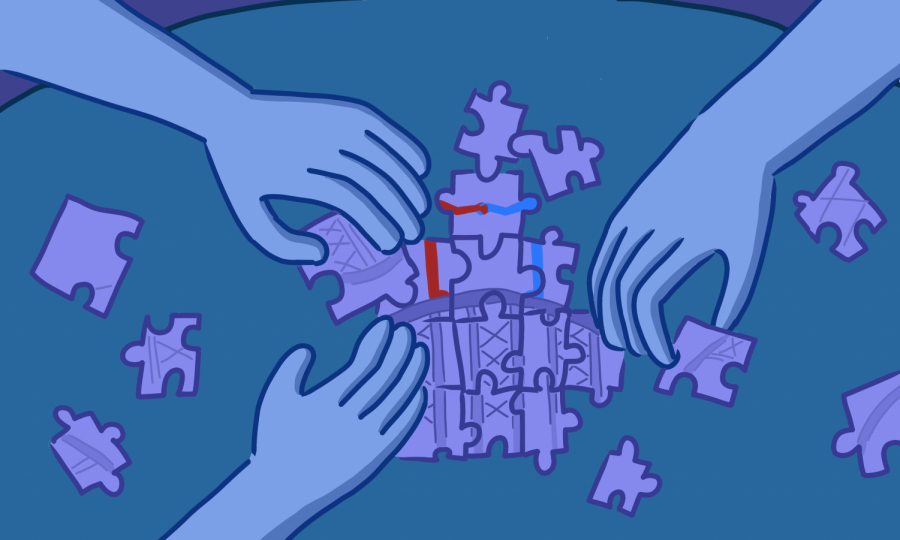 In the midst of a pandemic, a racial justice movement and a historical presidential election, young people across the nation are experiencing a political awakening. Those eligible for voting cast their ballots in droves. Others not yet of age take to the streets in protest and flood social media with petitions, emails to state representatives and infographics of propositions and bills. As someone passionate about social justice but unable to vote, I signed the petitions, emailed city councilmembers, read media posts and news articles, shielding myself from conservative viewpoints in my virtual echo chamber.

When, over dinner in late August, my mother told me she was planning to vote for President Donald Trump in the upcoming election, I choked on my food in shock. A heated discussion ensued and, needless to say, we both left the argument upset and nowhere closer to reaching an agreement than before.

This conversation was the first of many dinner conversations that I had with my mother over the past few months. She would off-handedly refer to Black Lives Matter protesters as rioters, and I would accuse her of using language with racist undertones. She would pull up an article mocking former vice president Biden from one of her WeChat circles, and I would immediately dismiss the information as inaccurate propaganda. She would brush me off as too naive and inexperienced to understand the complexities of politics, and I would call her close-minded and apathetic. With both of us adamantly sticking to our respective opinions and refusing to listen to the other person, each conversation rapidly devolved into emotionally-charged screaming matches.

After one particularly draining argument, my mom asked me why I cared so deeply about a presidential election that I could not participate in. Why was I so determined to convince her when the decision would not affect me? I paused. I explained to my mom my anxiety about the deteriorating climate, my frustration at witnessing and experiencing racism toward people of color, my fear of losing a year of high school memories, or even a life, to the pandemic. I told her that her decision will affect my future as well as the future of generations to come.

That conversation was the first one that summer that did not end in anger. Instead of focusing on changing each other’s minds, we were actively seeking to understand one another. In reflection, I argued with emotions at the forefront, making it difficult for us to reach a middle ground. I shared infographics and statistics from news sites and social media with her, and she showed me documents online. I often left these discussions with a bullet-point list of topics my mom brought up that I was unfamiliar with or wanted to fact-check.

My mom dropped off her vote for Biden a few days ago. We still do not agree on various issues America is facing, and these disagreements occasionally lead to arguments. Yet, I believe that progress has been made. Now, when discussing politics, we focus on finding points we can agree on instead of on points to refute. We lead with corroborated information instead of feelings, and we have learned to step down from a topic that we don’t know enough about. We speak from personal experiences and avoid generalizations. There is less shouting over each other and more listening with head and heart.

The most challenging part of youth activism for me is facing the ones closest to yet most different from me. Though these conversations will be difficult and draining, I urge you to speak. Speak with the goal of making your voice heard, not with the goal of changing someone’s opinions. Speak with the facts at the forefront, not emotions. Speak with a clear message and listen with an open mind. The process will be gradual, but I hope that the next time politics comes up at the dinner table, the conversation will unite us.