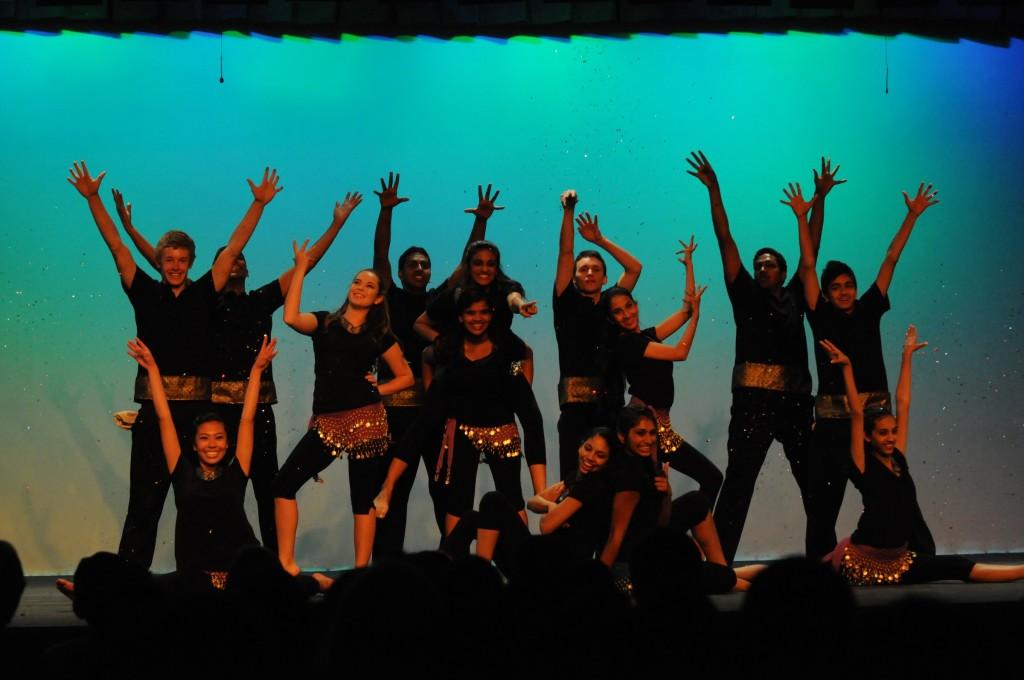 As the Blackford auditorium darkened, the murmur among the audience dissipated and bright lights illuminated the stage while draped maroon curtains slowly parted to reveal the first act of the highly anticipated 2012 Senior Showcase on Friday, April 27.

40 beaming seniors took the stage and engaged the audience one at a time, performing solos or duets that showcased the abilities that they had honed throughout high school.

Performances ranged from Vishesh Gupta’s fast-paced and dynamically diverse rendition of “Classical Gas” on the guitar to Noel Witcowsky’s vocal solo “Out Here On My Own” from Fame, a musical about a fictional high school. Students from all subdivisions of the Performing Arts Department, including theater, musical theater, vocal music, instrumental music, and composition, were given a chance to demonstrate their talents. Additionally, technical theater students ran the show, managing light and sound.

When the evening concluded, all 40 seniors gathered on stage in shimmering gowns and sleek suits while their certificate advisors called each individual student to stand before the audience and receive their plaque, signifying successful fulfillment of the program. Performing Arts Director Laura Lang-Ree revealed that this year, the program graduated the largest number of certificate students in the school’s history.