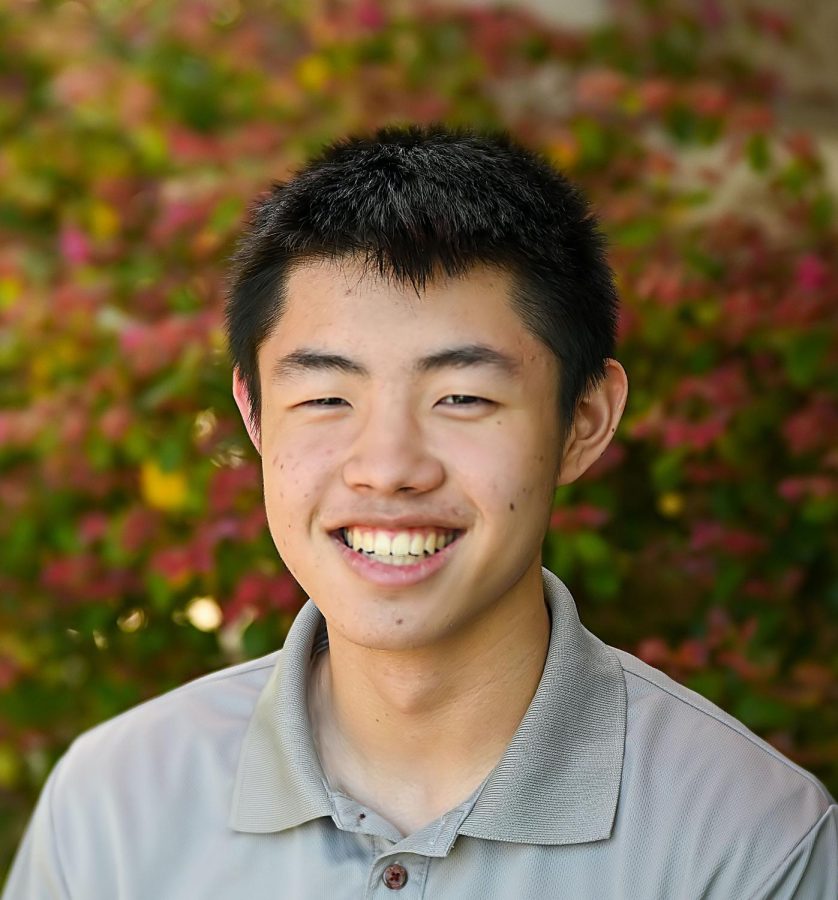 Jeffrey Kwan (’20) has been involved in math ever since he was in elementary school, frequently competing in olympiads and serving as math club president. He especially enjoys problem solving and finding patterns between different areas of math.

On Sept. 21 and 22, the 61st annual International Mathematical Olympiad (IMO) was held virtually, with Jeffrey Kwan (‘20) participating as one of six students representing the United States. Jeffrey received a Silver medal at the IMO, and the United States placed third after China and Russia.

The two day olympiad consisted of two four and a half hour exams with three essay questions, and it is hosted by a competing country each year. The 2020 competition was planned to take place in St. Petersburg, Russia, but due to the COVID-19 pandemic, it was postponed and later moved to a virtual environment.

“The organizers of IMO2020 and the IMO Board decided that it was vital to provide a fully official IMO2020 in September to all the young mathematicians who have been preparing to compete for many years,” wrote Geoff Smith, President of the IMO Board. “In order to do this remotely, a completely new virtual IMO format has been invented, with security protocols in place so that everyone can have full confidence in the integrity of the results.”

616 participants from around the world competed with video conferencing supervision. A total of 105 countries sent competitors to the IMO. Jeffrey, who represented the US, felt honored to be chosen.

“There’s a certain responsibility you have, you have to just try your best,” said Jeffrey. “There’s a sort of understanding that you’re going to perform.”

Jeffrey has been involved in math ever since he was young. Not only did he enjoy his math classes at school, but he frequently attended summer camps and participated in local competitions.

“My parents were like, this guy likes math in school, so let’s do some other stuff. We can give him an opportunity to do some math outside of school,” said Jeffrey. “And then it just kind of went from there. It was a very one step at a time process.”

Dr. Anu Aiyer, upper school math teacher and advisor to the Math Club, taught Jeffrey when he was a sophomore and junior. She also interacted with him through Math Club, where Jeffrey was a co-president in his senior year.

“What I observed from his teaching [in Math Club] was how he connected different topics. It’s like what a teacher does. It’s one thing to learn the material, and it’s another thing to present it in a way that’s meaningful to the other person and help them draw the connections,” said Dr. Aiyer. “So I was impressed when in Math Club he would teach these topics because they are the fundamentals and then go on to these other topics. You could tell that he really thought about how things should be organized and presented.”

For Jeffrey, a large part of math is problem solving. He has always enjoyed finding patterns and observing his own thought processes.

“I think the most fun part of it for me is noticing when two things are connected. The way I like to think about it is these two things look different, but they’re secretly the same. And that, that’s really cool,” said Jeffrey.

Jeffrey recommends that younger students interested in math strive to get better and improve their skills.

“You have to learn to enjoy the process of improving. And that’s kind of what drives you to keep studying and keep learning,” said Jeffrey. “Having a mindset of learning to love improving is really the key to anything.”