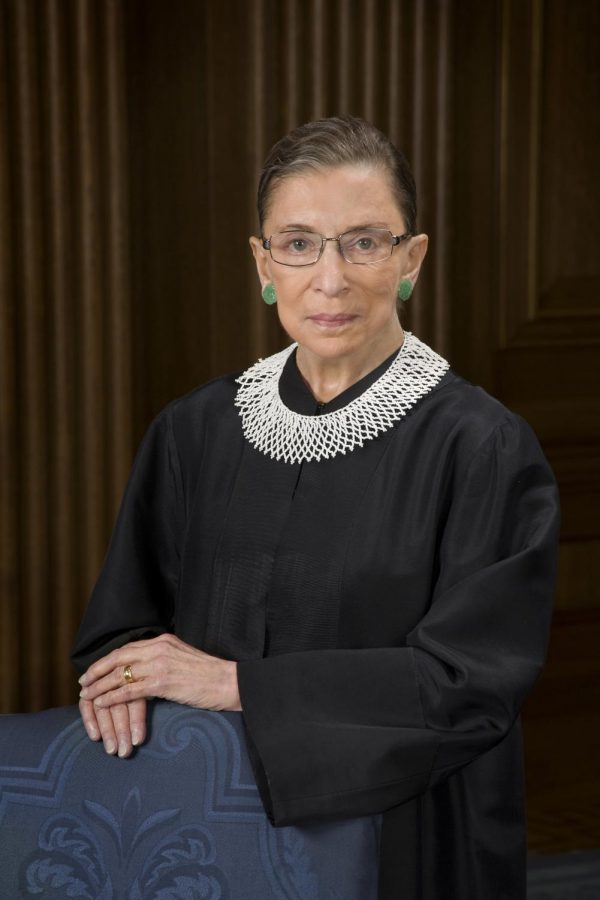 by Varsha Rammohan and Anna Vazhaeparambil

Supreme Court Justice Ruth Bader Ginsburg, an outspoken pioneer for gender equality and women’s rights, died on Sept. 18 at the age of 87 from complications of metastatic pancreatic cancer, according to a statement released by the court.

Playfully known as the “Notorious RBG,” Ginsburg was the second woman appointed to the Supreme Court, where she served for more than 27 years. Before her appointment, she led the American Civil Liberties Union’s Women’s Rights Project in the 1970s and worked for the U.S. Court of Appeals for Washington, D.C.

Ginsburg was known as a feminist and cultural trailblazer with a consistently progressive record on issues like abortion rights and affirmative action. She is survived by her two children, four grandchildren, two step-grandchildren and one great-grandchild.

As the leader of the liberal wing, Ginsberg’s death has ignited a contentious political debate over her successor, shining a spotlight on the Supreme Court as the presidential election rapidly approaches in less than six weeks.

President Trump has said he will nominate a woman to the Supreme Court at 5 p.m. on Saturday with Judge Amy Coney Barrett emerging as frontrunner. If the Senate votes to confirm the nominee in the coming weeks, the bench will swing to a 6-3 conservative majority, which will surely impact major holdings as the Supreme Court prepares to rule on widely disputed matters like Roe v. Wade and the Affordable Care Act.

“Our nation has lost a jurist of historic stature,” said Chief Justice John Roberts in the statement. “We at the Supreme Court have lost a cherished colleague. Today we mourn, but with confidence that future generations will remember Ruth Bader Ginsburg as we knew her—a tireless and resolute champion of justice.”