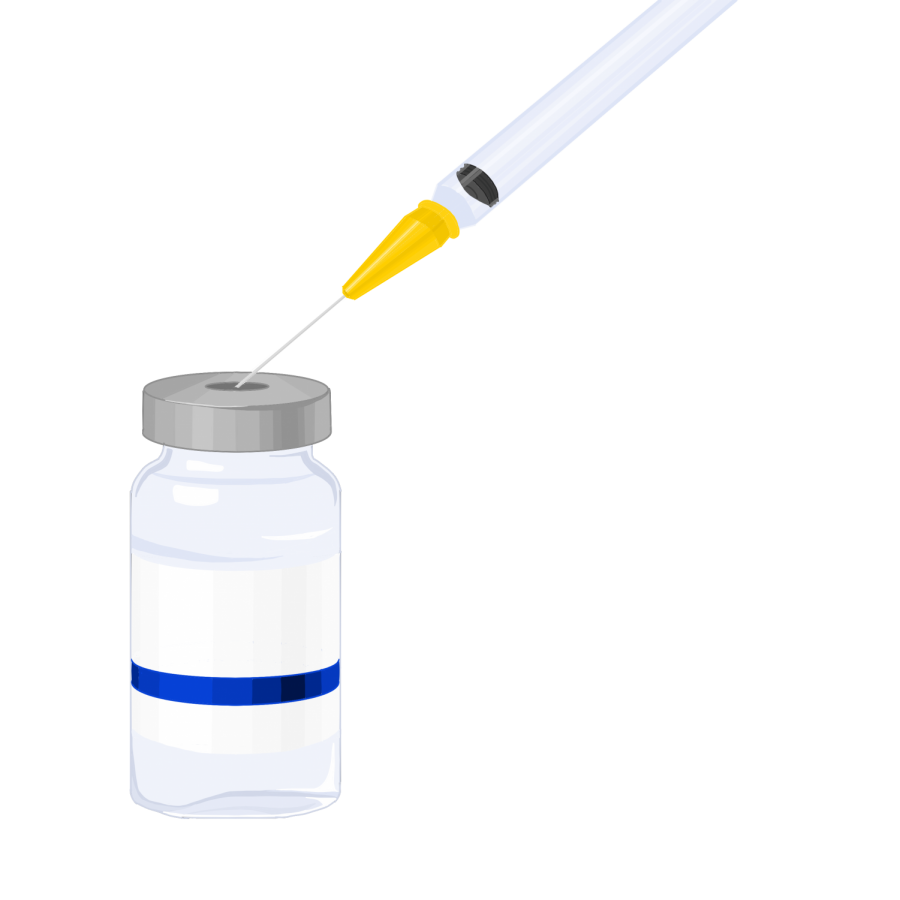 The U.S. Centers for Disease Control and Prevention (CDC) developed a test kit in February, during the early stages of the outbreak, but it proved to be faulty. As a result, the Food and Drug Administration (FDA) announced in March that it would begin to issue Emergency Use Authorizations (EUA) to clinical laboratories and commercial manufacturers that have produced tests that are screened by the FDA before their distribution and use.

As COVID-19 infections continue to spread across the nation, hospitals across Santa Clara Valley are taking measures to increase the number of resources available for patients, including ventilators and hospital beds, as researchers search for a vaccine, a long term solution to the virus.

Commercial and academic laboratories throughout the Bay Area are facilitating the testing of COVID-19, the disease caused by the SARS-CoV-2 virus, to limit the spread between people until a long term solution is found. Scientists are also developing and testing experimental drugs such as remdesivir and hydroxychloroquine to successfully treat the disease as a tentative solution for patients as vaccines are being produced as the cure to eliminate the spread of the virus.

The U.S. Centers for Disease Control and Prevention (CDC) developed a test kit in February, during the early stages of the outbreak, but it proved to be faulty. As a result, the Food and Drug Administration (FDA) announced in March that it would begin to issue Emergency Use Authorizations (EUA) to clinical laboratories and commercial manufacturers that have produced tests that are screened by the FDA before their distribution and use.

The traditional method of detecting viruses utilizes polymerase chain reaction (PCR), an artificial DNA replication procedure that creates millions of copies of DNA. PCR can generate detectable amounts of genetic material that indicate the presence of viruses. Since SARS-CoV-2 is an RNA virus, meaning its genetic material is stored in the form of RNA, its genome is first converted to DNA using an enzyme called reverse transcriptase.

In order to separate, duplicate and re-form the DNA, PCR relies on thermal cycling, the alternation between heating and cooling. However, thermal cycling requires precious time, and thus over the past few years, scientists have been developing faster PCR techniques for point-of-care detection – that is, on-site diagnostics. Others have turned to serological testing, a method that analyzes a patient’s blood for biological markers that indicate the presence of an infectious agent.

Biotechnology companies across the world have been racing to produce tests to efficiently detect the virus. Roche, a global pharmaceutical and biotech company headquartered in Switzerland, developed the first test to be given an EUA by the FDA. The molecular assay, which utilizes the PCR technique, is performed on their fully automated cobas® 6800 and cobas® 8800 Systems, which take in and process patient samples before displaying results to researchers.

The machine, which is located in 100 laboratory sites, as of April 28, serving the U.S. and Puerto Rico, can run up to 96 tests in three hours and 1056 in eight hours and detects the virus using polymerase chain reaction (PCR) technology.

As the number of tests across the U.S. increases, laboratories are developing experimental drugs and vaccines as long-term solutions. The genetic sequence of SARS-CoV-2, the virus behind the disease COVID-19, was released on Jan. 11, boosting efforts to develop a vaccine.

“Because of the virus’ crossover from animal to human, data is limited, making mathematical models and computer simulations vary in terms of assumptions,” Kwan said in an interview with Harker Aquila.

While treatments can alleviate symptoms or accelerate recovery, vaccines are needed to develop long-term immunity.

Traditionally, in order to make a viral vaccine, scientists weaken or kill the pathogen, decreasing its virulence. They then expose people to the weakened virus, allowing their immune systems to generate antibodies, proteins that facilitate an immune response in a variety of ways, which include tagging, disabling or destroying foreign agents. Because vertebrate immune systems have the capacity to “remember” past infections, a future invasion by the same pathogen will elicit a faster, heightened immune response.

Over the years, scientists have developed a number of novel vaccination techniques, some of which are currently being tested for effectiveness against SARS-CoV-2. While these methods differ in the way they confer immunity, they share one aspect: generation of viral proteins, which train the immune system to recognize specific parts of the virus in order to destroy it.

“People can now make DNA vaccines, RNA vaccines, or vector vaccines that carry genes that encode for certain proteins. They’re all similar in that they will generate viral proteins, so people can generate antibodies,” Joy Yang, a scientist at a venture capital company that works in biotechnology, said. “The difference is, using the new ways you don’t give people a ‘live’ virus, you give them part of a virus so they’re not as toxic as the active virus could be.”

Amid the search for a vaccine, other researchers focus on developing treatments for immediate use.

Researchers have also been developing experimental drugs, but before a drug even enters the market, it must undergo three development phases. These phases ascertain the safety and effectiveness of the drug.

In phase one, scientists must first test a drug in vitro (ie., in test tubes) and then in cells. Once they test it on animals to ensure the drug’s effectiveness and safety and receive regulatory approval, scientists can begin trials on healthy volunteers to verify that it is safe for humans, which begins phase two of the process. If the drug is determined to be non-toxic and has an effect against the virus, researchers move to phase three, where a wide scale amount of people are tested to determine its effects more concretely.

Clinical trials including drugs already safe for use against other viruses are being conducted, but researchers are wary about their success against the coronavirus. Hydroxychloroquine, a drug used against malaria, is currently being studied as a possible treatment for COVID-19, but it is unclear whether improved randomized, double-blind, controlled trials, where potential bias is reduced by “blinding” both scientists and patients to who is receiving a specific treatment and thus, will show this to be an effective treatment option.

Small studies conducted in China and France suggested benefits to the drugs, but they lacked scientific controls, such as comparing the treatment to other therapies available on the market, to accurately verify whether the drugs actually worked. U.S. President Donald Trump has endorsed the usage of drugs used to treat malaria, but in a safety warning released on April 24, the FDA reported heart problems in patients who used the drugs.

Remdesivir, another antiviral treatment that is being studied in clinical trials, works by blocking SARS-CoV-2 from copying its genetic material, stored in the form of RNA, resulting in the virus’ inability to multiply. Remdesivir eliminates specific machinery in the virus called RNA polymerase, which many viruses use to replicate, and more importantly, it affects the virus’ enzymes, but not those of human cells.

The treatment, developed by Gilead Sciences, a biopharmaceutical company headquartered in Foster City, was approved by the FDA on May 1 in an EUA. The drug is only for use on an emergency basis, and its distribution is being controlled by the U.S. Government.

In addition, as of May 1, the FDA issued recommendations regarding the usage of convalescent plasma therapy, which the organization currently treats as an investigational treatment – a therapy still in the process of clinical testing – for COVID-19.

The antibodies that an immune system produces against a disease-causing agent are specific for each different pathogen. Scientists can take advantage of this selectivity by taking convalescent plasma, a component of blood that still contains antibodies from previously infected patients, and injecting it into currently affected individuals.

“The patient has just gotten over that illness, so this serum should include millions of antibody proteins. Their body is still mass-producing antibodies that flow through the bloodstream in high concentrations,” Dr. Harley said.

The FDA’s guidelines for convalescent plasma therapy cover the possible situations in which doctors may consider convalescent plasma as a treatment, how to obtain a single patient IND (a request for an individual patient’s use of an investigational product), and donor eligibility for plasma contributions.

People who have contracted the disease and whose symptoms have fully resolved two weeks prior, or whose symptoms have fully resolved one week prior and have tested negative for COVID-19, are eligible to contact their local blood donation center. Convalescent plasma therapy has proven effective in past treatment plans for SARS and MERS, both of which are respiratory illnesses caused by coronaviruses.

“Prior experience with respiratory viruses and limited data that have emerged from China suggest that convalescent plasma has the potential to lessen the severity or shorten the length of illness caused by COVID-19,” the FDA said, in a statement released on April 16. “It is important that we evaluate this potential therapy in the context of clinical trials, through expanded access, as well as facilitate emergency access for individual patients, as appropriate.”

Although the virus has spread across the nation, the 187,000 individuals in the U.S., as of May 4, who have recovered from the virus can provide immediate hope to current patients through blood plasma transplants as researchers push on in vaccine testing and development.

“We’re living in this time where many of us feel helpless at knowing how to help with this crisis, and for people that have recovered from an infection of the coronavirus, this is something that they could potentially do that would potentially save people’s lives,” Dr. Kate Schafer, upper school biology teacher, said. “Up to three people could get a transfusion of the plasma for each patient that gave a donation. It gives us some immediate hope that there might be some things that we could be doing in the near future because we know that the ultimate development of a vaccine is far off.”