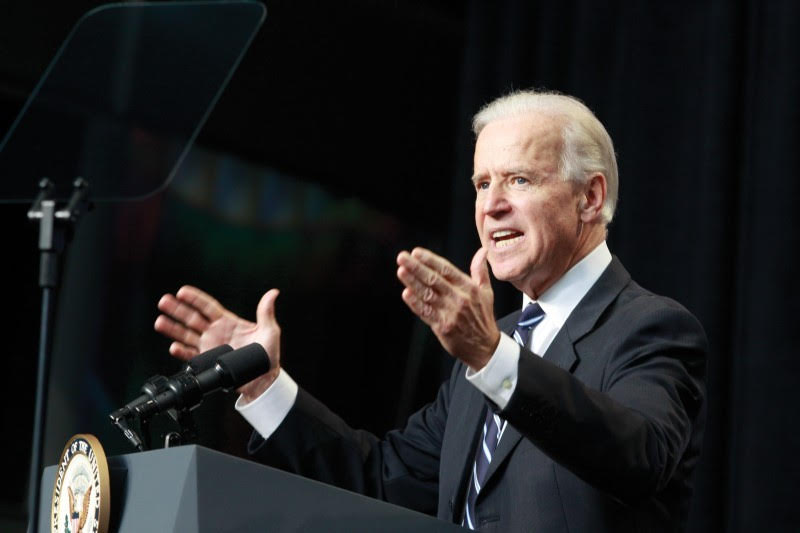 Former Vice President Joseph R. Biden Jr. is left as the only Democratic nominee in the presidential race after Sen. Bernie Sanders (I-V.T.) declared the suspension of his campaign on April 8.

Former Vice President Joseph R. Biden Jr. is left as the only Democratic nominee in the presidential race after Sen. Bernie Sanders (I-V.T.) declared the suspension of his campaign on April 8.

Sanders, who trailed around 300 delegates behind Biden, has turned his support towards Biden, calling for the need to “come together to defeat the most dangerous president in modern history” on Biden’s campaign livestream on April 14.

Support for Sanders’ campaign has not ended. Many Twitter users have pointed out that Sanders’ campaign is only ‘suspended,’ signifying that his name can still be written on the ballot as a candidate, and Sanders is still technically a part of the election process.

The New York State Board of Elections’ decision to remove Sanders’ name from the ballot in the presidential primary angered both his supporters and Sanders himself. His campaign letter on Twitter states specifically that the campaign was “suspended, not ended” and that “New York has clearly violated its approved delegate selection plan.”

“I was disappointed to hear about [Sanders’ campaign suspension] but expected that it would happen eventually,” Bennett Liu (12) said. “I’ve been in support of many of Sanders’ policies in the past five years. I think to a very high degree he believes in a moral democracy where people are taken care of, which I don’t think is necessarily the state that the United States currently stands. We could do a lot more to take care of the underprivileged, and he represents the political side of that.”

The State Board originally canceled the primary, originally slated for June 23, due to fears surrounding COVID-19. Although this initially infuriated Sanders’ supporters as well as New York voters as a whole, the decision by Judge Analisa Torres on May 5 to reinstate the New York primary put the names of removed delegates, such as Sanders and previous candidate Andrew Yang, back on the ballot.

“I think that the reinstitution of the primary is a great development. While Sanders and Yang obviously still can’t become president, it will really help the Democratic left get fair representation,” Bennett continues.

Meanwhile, Biden has seen several endorsements in the aftermath of Sanders’ campaign suspension. On April 28, Biden tweeted his gratitude for the endorsement of 2016 Democratic presidential nominee and former Secretary of State Hillary Clinton, who was also a special guest featured in Biden’s virtual town hall dedicated to the impact of COVID-19 on women.

Clinton’s endorsement paves a crucial step forward for Biden, as her 65 million votes in the 2016 presidential race against current president Donald J. Trump provided her with a strong voter base.

She tweeted, “Americans deserve a president who will manage the COVID-19 crisis with the compassion, competence, and respect for science we need to save lives and revive the economy.”

Yesterday, Biden announced an endorsement from Speaker of the House Nancy Pelosi (D.-Calif.), who praised him as someone who “has fought for our health care, for our families & for our children’s future.”

Former 2020 presidential candidate Sen. Elizabeth Warren (D-Mass.) publicly endorsed Biden in a tweet on April 15. In the video beneath her tweet, Warren said, “I’ve seen Joe Biden help the nation rebuild…Joe Biden will lead a government that works for the American people.”

“I think that even though Biden may not have been the strongest candidate in the Democratic pool to bring about the most change we need under our very right-wing president, I think it’s important that, even if all the Democrats do not completely agree with all of Biden’s policies, they need to at least unite to support Biden in order to remove our current president from office,” said Yejin Song (10).

Delegates will come together to formally vote for the Democratic presidential and vice presidential nominees at the Democratic National Convention, which is scheduled to take place from August 17 to 20 at the Fiserv Forum in Milwaukee, Wisconsin, but may change to a virtual format.

The Republican National Convention will take place at the Spectrum Center in Charlotte, North Carolina from August 24 to 27. Currently, Trump remains the leading presidential candidate for the Republican party.