Jock of All Trades: Episode 4 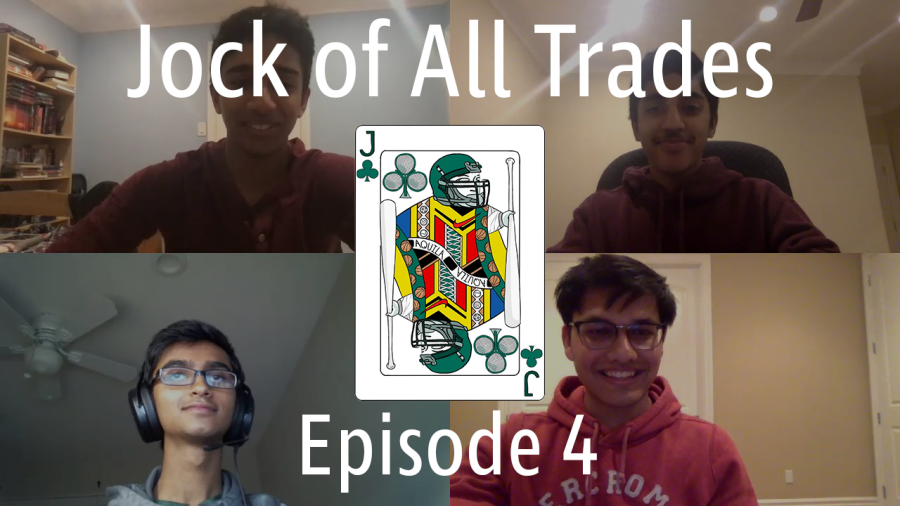 In episode four of Jock of All Trades, the crew goes over and provides their own take on what they have determined to be the most important picks of the first round.

From Harker Aquila, Jock of All Trades is a sports podcast by Kushal Shah (11), Muthu Panchanatham (10), Vishnu Kannan (10) and our newest member Saurav Tewari (10).

This edition is a quick recap of the 2020 NFL Draft, where the crew goes over and provides their own take on some of the most important picks of the first round. The draft was held virtually due to the coronavirus, yet it still resulted in shocks and excitement for fans of every one of the NFL’s 32 teams. Jock of All Trades focuses on the surprise selections and game-changers who were drafted, recognizing their previous collegiate accolades and predicting their futures in the league.

As expected, the Cincinnati Bengals selected LSU’s star quarterback Joe Burrow first overall. Then, the Washington Redskins drafted defensive end Chase Young from Ohio State University, the best defensive prospect in the draft. Next, cornerback Jeff Okudah, also from OSU,  was selected by the Detroit Lions, supplying them with an agile defensive starter. The Miami Dolphins and Los Angeles Chargers drafted quarterbacks Tua Tagovailoa and Justin Herbert at the fifth and sixth picks respectively, filling their voids at quarterback.

As always, we’re open to new ideas and feedback. Comment below to let us know what you think and which topics you would like to see on Jock of All Trades in the future. Stay tuned for our next upload!