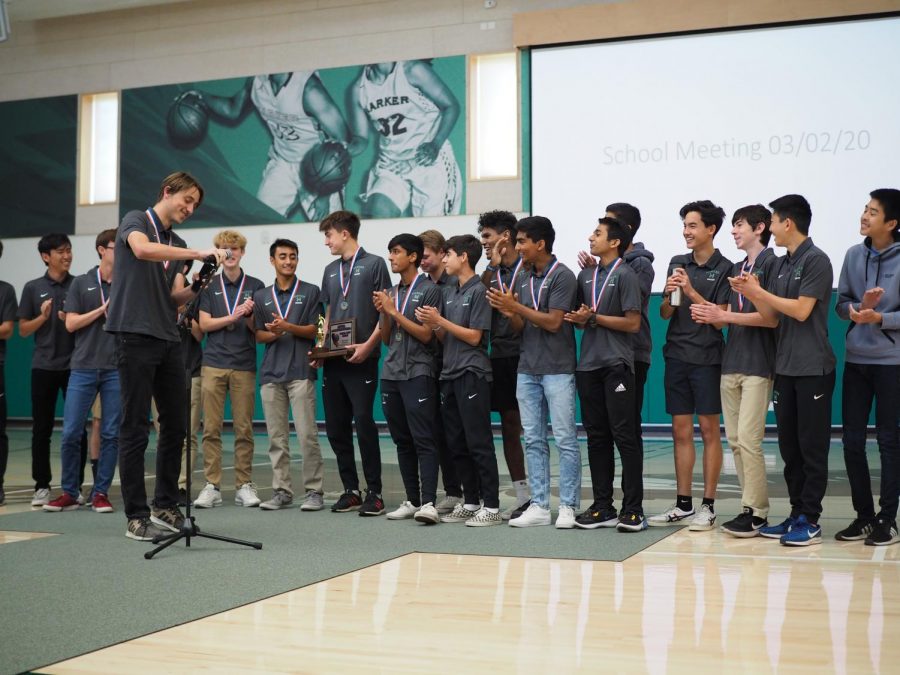 Avi Gulati (12) started off the meeting yesterday by announcing that the sandwich bar is being shut down due to students being unable to clean up after themselves.

FEM and Youth Activism Club has their club week this week, and they will be selling treats throughout the week.

Tasha Moorjani (12) and Meilin Yen (11) encouraged students in Bel Canto or involved in an outside choir to audition for Honor Choir.

Key Club announced a SomiSomi fundraiser on March 9 from 3 to 8 p.m. They also announced their event LollaPIGooza, with a Kiss a Pig Raffle. There will also be a petting zoo.

Assistant head of upper school Greg Lawson announced that a Shelter in Place drill would be taking place sometime today.

Lawson also reminded students and faculty to avoid feeding the squirrels and to avoid throwing away leftover food in trash cans outside.

“We got a pretty robust tree squirrel population on campus,” Lawson said. “So we [are] asking for your help today because they’re getting more aggressive. [You] can’t treat them like your pet cat at home.”

Avi ended the meeting by announcing a high of 71 and a low of 49 degrees Fahrenheit.