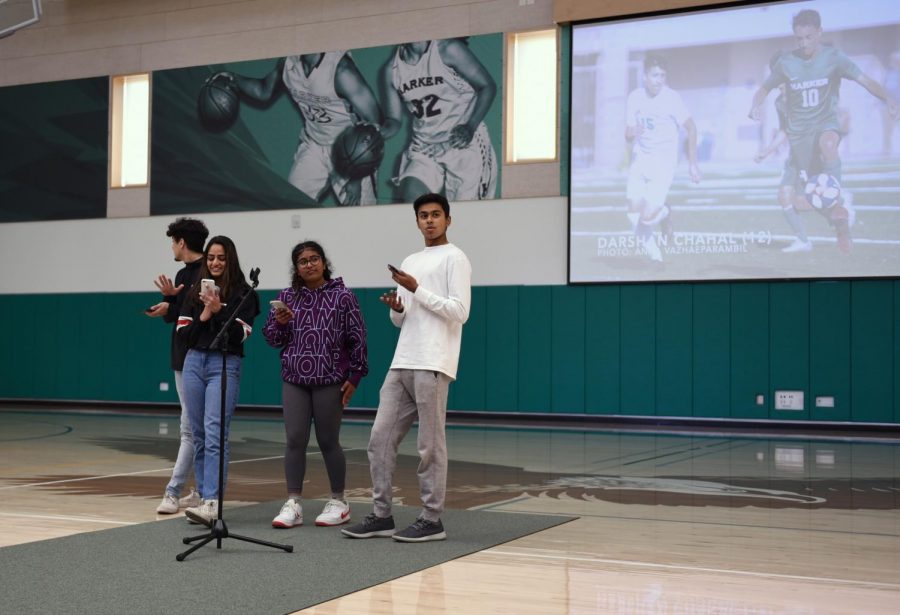 Avi Gulati (12) welcomed everyone to the school meeting.

The junior council announced a Popeyes chicken sandwich fundraiser in front of Manzanita during lunch on Tuesday.

Harker spirit announced a ping pong tournament for class spirit points. The first round will take place next Monday.

Upper school campus librarian Meredith Cranston announced Recreate Reading. Students can peruse the list of available books at library.harker.org/read. All rising tenth, eleventh and twelfth graders will receive an email to sign up after advisory next Wednesday.

This week is the club week for Quizbowl, and they will be selling Bundt cakes and other baked goods.

Spanish National Honor Society announced their Spanish cultural night on March 6 from 6 to 9 p.m. in the auxiliary gym. All current or former Spanish students are welcome to attend. Admission is free.

The AP art exhibition will be taking place today during long lunch at 12:30 p.m. in the Nichols atrium. This exhibition marks the mid-way point in the development of AP art portfolios. There will be around 120 art pieces on display.

Avi concluded the school meeting by announcing a low of 48 degrees and a high of 72 degrees Fahrenheit.