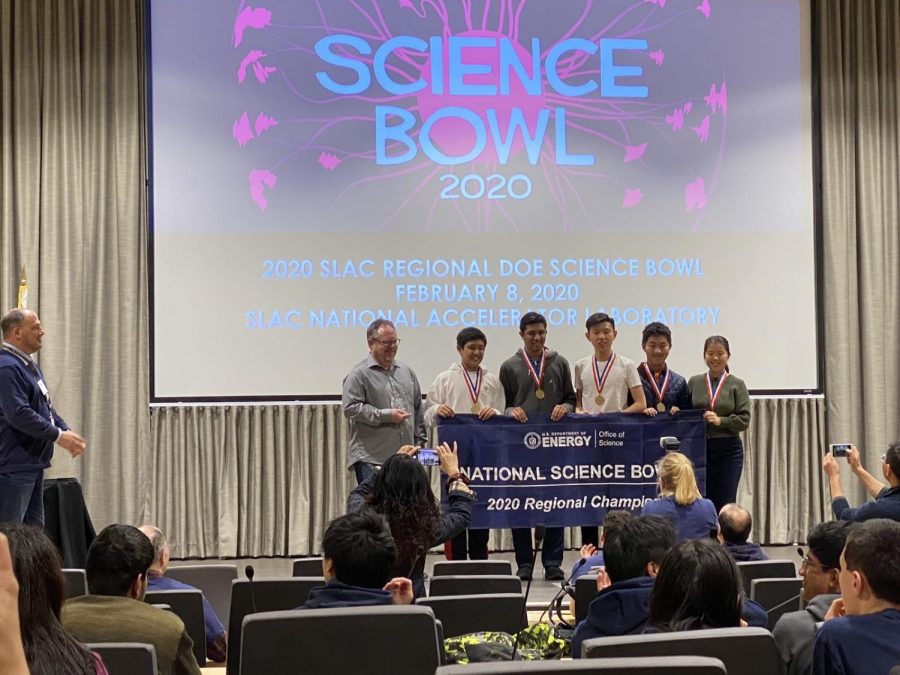 The Department of Energy’s regional science bowl took place at SLAC National Accelerator Laboratory in Menlo Park on Feb. 8, and the upper school science bowl A team was crowned champions remaining undefeated in competition. They will now represent the Bay Area at the National Science Bowl held in Washington, D.C., in April.

The team, consisting of captain Emily Liu (12) and sophomores Rishab Parthasarathy, William Zhao, Harsh Deep and David Dai, defeated Saratoga High School in the finals by a score of 118 to 76, coming back from down 18 to 72 at the half. Harker’s second team, which included captain Russell Yang (11), senior Kyle Li, junior Michael Eng and freshmen Rohan Bhowmick and Nicholas Wei, placed seventh out of 28 teams.

“The experience was amazing,” said Rishab. “It was awesome to be able to compete as a team and work together to defeat other teams. The pressure is always stressful, but at some point, it becomes more exhilarating than stressful because of the possibility of victory.”