Jock of All Trades: Episode 3 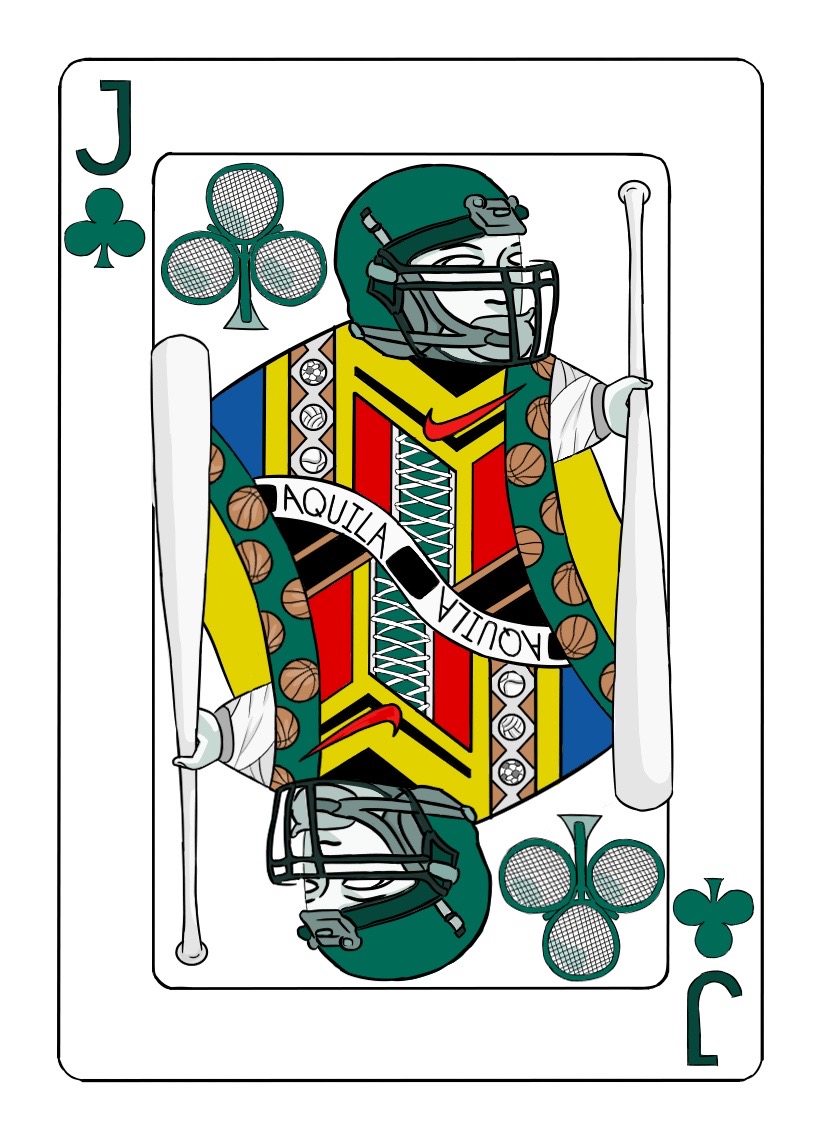 A play on the familiar phrase “Jack Of All Trades”, Harker Aquila's sports podcast “Jock Of All Trades” is intended to give listeners the latest and most pertinent information regarding a variety of sports.

From Harker Aquila, Jock of All Trades is a sports podcast by Kushal Shah (11), Muthu Panchanatham (10), and Vishnu Kannan (10). This edition features an in-depth discussion regarding the NFL playoffs thus far, a glance at the fast approaching Super Bowl, and a tribute to Kobe Bryant, his daughter, and the seven others who perished in the devastating helicopter crash. Finally, we also cover Harker’s winter sports season so far, recapping the seasons of both the soccer and basketball teams.

Also, we’re always open to new ideas and feedback. Comment below and let us know what you think and topics you would like to see on Jock of All Trades in the future. Stay tuned for our next upload!

Vishnu: What’s going on guys! Welcome back to the third edition in our podcast series Jock Of All Trades! We’ve been gone for a while, but we’re back now and ready to bring you guys all of the latest and greatest news in sports!

Muthu: Guess who’s back, back again …

Kushal: Muthu, you good bro? … C’mon now, we got important things to discuss today like the Super Bowl which is fast approaching on February 2nd, and the tragic passing of Kobe Bryant in a devastating helicopter crash in Calabasas, California.

But all of that has changed …

Muthu: And if you wanna see how much it has changed, here’s the bandwagon fan Kushal, who is only supporting the 49ers because the Warriors are pretty trash. So, with the latest news on the 49ers, Kushal –

Kushal: Don’t even get me started bro, y’all know very well that I was the one who was predicting the great rise of the 49ers for the past few years.

Kushal: Anyways, at least my team wasn’t the one who was upset by the worst team heading into the NFL playoffs, the Tennessee Titans. Besides, where’s Tom Brady now? Didn’t he move away from New England? Well look who’s laughing now bud.

Muthu: You know words hurt … and it’s a rebuilding year, okay. Tom Brady will come back, and he’ll win another Super Bowl like he usually does. And, the 49ers aren’t gonna win, cause Patrick Mahomes is gonna clap them up and down.

Kushal: Whatever you say buddy.

Vishnu: Alright Muthu, we’ve heard enough of the excuses. A team with the best defense the NFL has seen in the past couple years is NOT rebuilding. Anyways, enough on those Patriots, let’s talk about the relevant teams in the NFL, and at this point, it’s the 49ers and the Chiefs. Muthu, what’s your take on the Super Bowl 54 match?

Muthu: I think this Super Bowl should be really interesting cause you have an amazing offense with the Kansas City Chiefs and an amazing defense with the 49ers. It’ll definitely be very different from last year’s Super Bowl, which was a very low scoring game. The Chiefs have the so-called “Legion of Zoom,” featuring very fast wide receivers Tyreek Hill, Mecole Hardman, and Sammy Watkins. However, the 49ers should have enough speed on defense to counter that of Kansas City’s offense with a very stout defense line consisting of Nick Bosa, Arik Armstead, Deforest Buckner, and Dee Ford. However, we will soon see if this amazing defensive line can contain Patrick Mahomes and his wily antics.

Kushal: Yep, that’s definitely right, our defense is amazing, but I still feel we shouldn’t get too cocky. Don’t forget that Patrick Mahomes-

Kushal: Cause it is our team! Don’t forget that Patrick Mahomes was also last year’s league MVP and two-time pro bowl quarterback. Meanwhile, the 49ers rushing attack has been carving up their opponents’ defenses all season long, with the most recent team, being the Green Bay Packers whose defense  Raheem Mostert, absolutely feasted on. Mostert ran for over 200 yards and 4 touchdowns against the Packers in the NFC championship.

Vishnu: I mean how long has it been since we’ve seen that dominant of a performance from a running back in the playoffs — a very long time.

Muthu: The 49ers also have Jimmy Garoppolo at quarterback, but can you really call him a quarterback if he only threw, what, 8 passes last game? I mean anyone can hand the ball off to a running back.

Vishnu: Hold up, Muthu. I wouldn’t be talking about quarterbacks if old man Tom Brady was my quarterback.

Vishnu: I wouldn’t say Jimmy G is getting carried, the 49ers and Kyle Shanahan are just being smart with their play calls. Why throw the ball when you can just run over teams for 10 yards a play like the 49ers have been doing in their past two games against the Minnesota Vikings and the Green Bay Packers. That being, Jimmy G has shown he can carry the teams when they need it. He’s showed it twice this year against the Cardinals, when he through for 4 touchdowns and carried the team back to a win after they fell down early in both games, he showed it against the Seahawks twice this year, and both of those games were nail biters, and if those performances were not enough, he beat Drew Brees in a shootout in the SuperDome, which is one of the loudest places in the league to play in and one of the hardest places to win in as the away time.

Kushal: Anyways, that being said, I think that’s more than enough evidence for you, Muthu, that Jimmy G is a worthy quarterback …

Vishnu: On a more somber note, I’m sure many of you have heard about the tragic helicopter crash in Calabasas, California that killed Kobe Bryant, his daughter Gianna Bryant, and 7 other victims. The helicopter was headed to Mamba Sports Academy, where Gianna, or GiGi and a couple of her teammates, were scheduled to play in a youth basketball game. Our deepest condolences to the families of those who lives were taken in this devastating crash. We just wanted to take a moment to honor all of the victims. If you like to know more about what happened, more information can be found on HarkerAquila.com

Kushal: And now moving on to a quick update on how Harker’s winter sports teams have been performing this season.

Muthu: Boys soccer are third in the league after a hard earned 3-3 tie with Sacred Heart and a tough loss to Menlo. The boys scored three goals against Sacred Heart, which is more than Sacred Heart has had scored on them the whole season. Girls soccer are 7-0-1 in their league and have not lost a game on the season, as they have continued to dominate from the start.

Vishnu: Meanwhile, varsity boys basketball is 6-11 on the season and they will be facing off against Crystal Springs at 7:30 on February 4th, so make sure to head out to that game to support if you can! Finally, Girls Varsity basketball is 5 and 1 in their league.