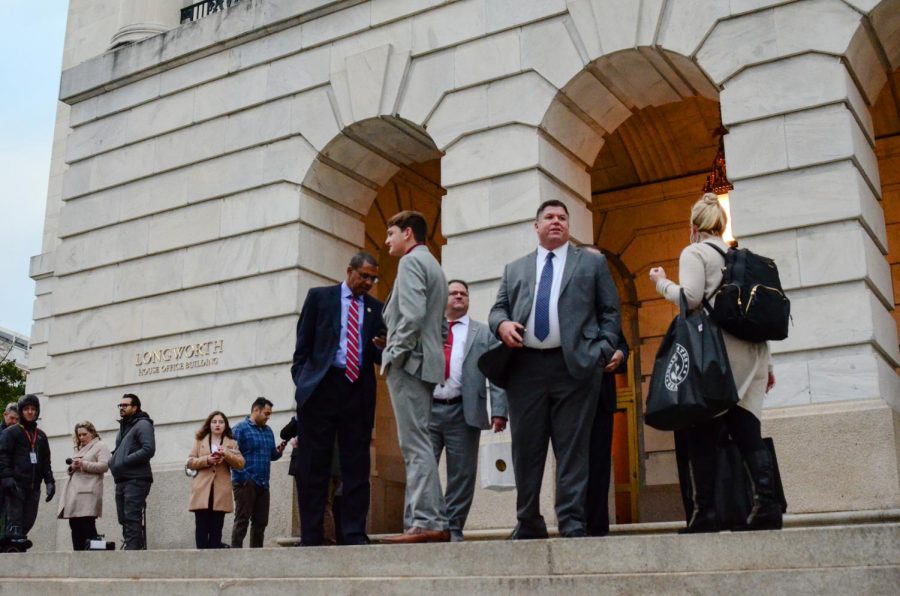 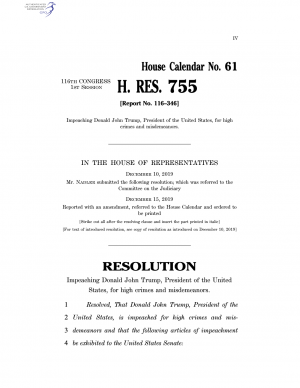 The first page of H.R. 755, the resolution that introduces two articles of impeachment against President Donald Trump.

In anticipation of tomorrow’s historic vote, Harker Aquila has prepared a recap of the buildup towards impeachment and guide for what to expect tomorrow.
What’s happened so far?
Allegations against Trump first came to the House Intelligence Committee’s attention in August, when a whistleblower filed a complaint to the two Congressional intelligence committee chairmen, Rep. Adam Schiff (D-Calif.) and Sen. Richard Burr (R-N.C.), that detailed alleged attempts by Trump to solicit foreign interference in the 2020 presidential election.